Nothing New Under The Sun: The Origins of 5 Common Literary Allusions Part 2 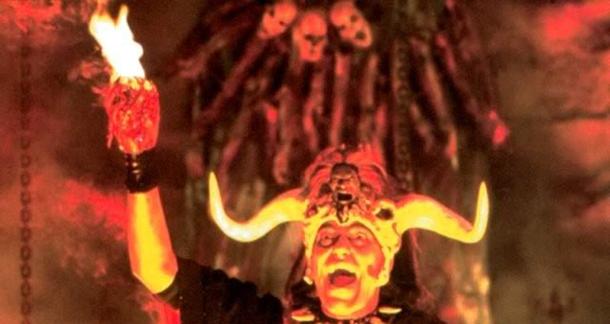 According to An Introduction to Poetry, 9th Edition, an allusion is an indirect reference to any person, place, or thing—fictitious, historical, or actual. Allusions allow writers to talk about an idea or commonly known story without having to explain. Allusions tap into our collective knowledge (and sometimes beliefs) to create meaning with minimal effort.

Back in March, we gave you Nothing New Under The Sun: The Origins of 5 Common Literary Allusions, but there are so many odd phrases and allusions we use every day, I just had to write another column on the topic. I guess you could call this column Use Your Allusion II. (#snicker #gunsnroses #allusiontoillusion #Imadork.)

Eat Your Heart Out

Before we knew so much about the brain, people believed that the heart was where all the important stuff happened—especially emotional stuff. At one time, people believed that the heart could get sick if a person was sad or jealous—that blood was literally drained from the organ by sighing and pining. According to Albert Jack’s book, Red Herrings and White Elephants – The Origins of the Phrases We Use Every Day, the phrase is so old that Pythagoras is credited with saying, “Do not eat your heart” over 2500 years ago. It’s not entirely clear how the “eating” part came into the equation, but the phrase meant “don’t make yourself sick worrying or getting jealous of other people.” Now we use the phrase in a sort of inverse way, as a taunt or victory cry. “Eat your heart out, jerk!” is more like “Be jealous of me, asshole, because I just beat you.”

When someone pisses you off, they have “got your goat.” The phrase first appeared in the 1904 book Life in Sing Sing as prison slang for anger. Apparently the phrase is of American origin and was used to satirize the “typical American.” For instance, Friedrich Baedeker, writer of travel guides, penned this less-than-complimentary characterization:

There is another story out there that goats were put into the pens of racehorses to keep them calm before a race. According to the legend, thieves would steal the goats in order to rile up the horse of the opponent (and hopefully swing the race).

Not long after I moved to Portland, I was driving through the tiny PDX suburb of Milwaukie (yes, ie not ee) when I saw the home of one of the best comic companies—Dark Horse. While it has little to do with the origin of the phrase, driving past their unassuming headquarters made me wonder—where does the phrase dark horse come from? The phrase, as you probably known, generally refers to an unknown entity that suddenly arrives on the scene, surprising people with its capabilities. According to Red Herrings and White Elephants, the term originates in a book called The Young Duke, published in 1831 by Benjamin Disraeli, about a horse race in which two well-known racers are battling for the win only to lose to a third, heretofore unknown “dark horse” who came up at the last minute. The phrase “to be in the dark” meaning “to be unknown” had been around some 200 years before Disraeli’s book, but he applied it to the horse, thereby creating the metaphor we know today. If you’ve seen the outside of Dark Horse Comic’s building, then you might well believe the moniker was accurately applied.

The Customer is Always Right

This may have been the retailer’s mantra for a long time, but if you’ve had to change your cell phone plan or call your cable company lately, you know it’s all but defunct. However, there was a time (and a place) when the customer did have a say—and that place was Selfridge’s department store in turn of the 20th century London. The store, lately fictionalized in a television show starring Jeremy Piven called Mr Selfridge, was a high-end department store that did more than just sell to the rich. The store’s founder, American-born Harry Gordon Selfridge, was not born a rich man, and while he sold to the rich—he prided himself on not excluding any customers from his store.

While the phrase is attributed to Harry Gordon Selfridge, it’s not clear that it actually originated with him. The idea itself probably came from French hotelier César Ritz who was credited with saying “the customer is never wrong” in 1908. Furthermore, Selfridge worked in Chicago for the Marshall Field store before building his London store. It was well known the that Field’s stores put the customer first, and as a student of Mr. Field, Selfridge assuredly adopted the policy for his own budding empire. 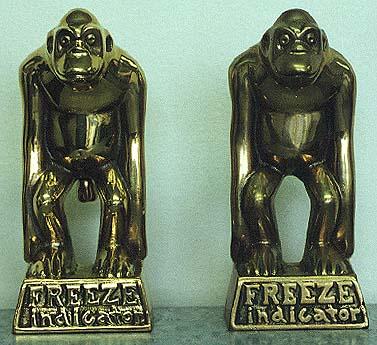 Freeze the Balls off a Brass Monkey

I didn’t originally plan to cover this particular saying, but when I ran across it in my research, I had to include it because it has such an odd explanation…and because I’m a huge Beastie Boys fan, and I always wondered what the heck a brass monkey was. There are several explanations that I found for this—some are about literal monkeys, but according to Red Herrings and White Elephants, the original phrase has little to do with monkeys at all. In the 18th century, war ships had cannons that used gun powder. The cannon balls and gun powder were stored in different parts of the ship. The cannon balls were stored on brass trays with indentations for the cannon balls to sit in. The trays were made of brass because it didn’t rust as easily as iron. When it was cold, the brass would contract and the balls would fall off the brass tray. Thus the cold part. The monkey part comes from the young boys who worked on the ship and would retrieve the gun powder and cannon balls when they were needed. The boys were agile and would slip in between the floors of the ship easily, and so they were called “monkeys” or “powder monkeys” or “brass monkeys”. Thus the brass monkey part.

A search on the internet turns up some other explanations that are bit more literal. Michael Quinion, etymologist and creator of the website World Wide Words, takes issue with the warship explanation. He believes the phrase comes from the figurines of actual monkeys that were common souvenirs from China and Japan. The figurines had three monkeys—one covering its eyes; another, its ears; the last, its mouth. See no/hear no/speak no evil, right? Some sets had four monkeys—the last covering its, well, balls. It’s from these figurines that the saying most likely originated. This seems likely because of all the variations on the phrase. It’s cold enough to freeze the tail off a brass monkey. It’s hot enough to singe the fur on a brass monkey.  A similar example appears in 1850 and comes from Herman Melville’s Omoo:

It was so excessively hot in this still, brooding valley, shut out from the Trades, and only open toward the leeward side of the island, that labor in the sun was out of the question. To use a hyperbolical phrase of Shorty’s, ‘It was ’ot enough to melt the nose h’off a brass monkey.’

The brass monkey of Beastie Boys fame is the cocktail made (with many variations) from rum, vodka, and orange juice that was actually sold as a pre-mixed cocktail available in half-pint bottles. Apparently it makes you dance, just listen to these lyrics from the song that made the drink famous:

Are there some sayings that just seem odd when you think about them? What are they? List them in the comments below and maybe next time I’ll include them!