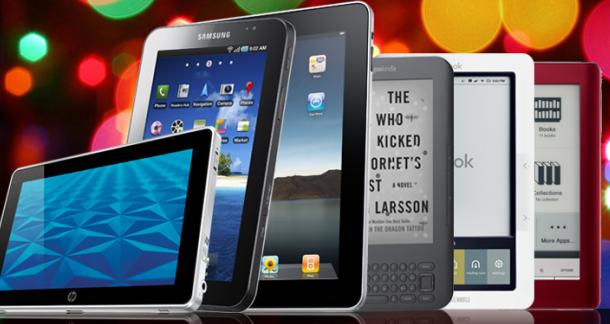 Whether you're engaged in a high-dollar White Elephant exchange, or you're looking for the perfect can't-believe-you-got-me-this-and-wrapped-it-in-a-red-bow kind of present, a shiny new eReader might be just the gift you're hunting for. But a little comparison shopping can go a long way--not all reading devices are created equal, and you'll want to double check the pros and cons of each one before you go dropping the requisite dollars.

To give you a helping holiday hand, here's a quick-and-dirty comparison of which eReaders offer what, and for whom they'd be perfect. 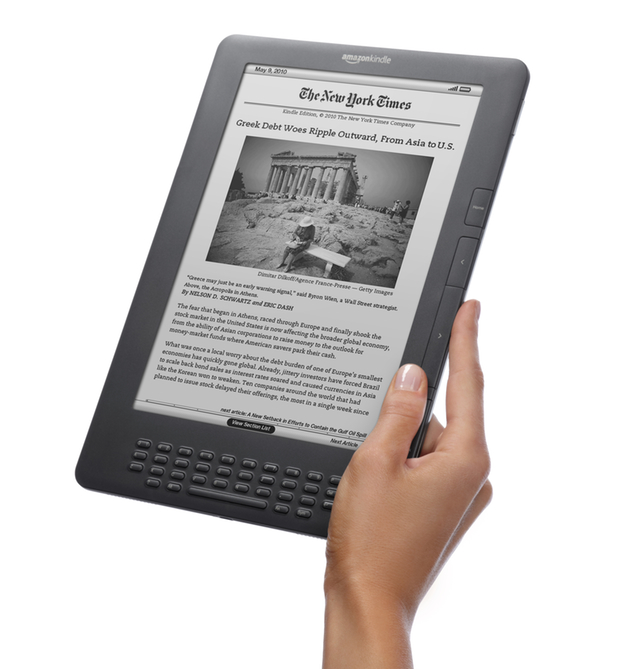 Who it's Best For: Your friend who loves to check books out from the library but doesn't remember to return them, your grandmother who needs a keyboard to take notes, your tech-savvy friend who wants to play with the Fire.

Who it's Bad For: Your Amazon-hating best friend who believes that the giant online retailer is single-handedly ruining publishing, your mother who hates advertising.

Bottom Line: What Amazon has done is create at least one product for almost everyone, all with the name-recognition that comes with being the first. The DX, which is mammoth and expensive, could easily be a textbook replacement for college students--and, let's be real, costs less than a full semester of books--while the small standard one is inexpensive and gets the job done just fine. Kindle's use of electronic ink makes it easy on the eyes, but the page loading can be a little pokey. So if your giftee is impatient, it may not be the best fit. The basic's operating system is still pretty janky, and its integration with the web isn't perfect--it is, indeed, very basic. The Kindle 3, with the keyboard, has resoundingly received the best ratings though, so if you're unsure but know you want to stick with Amazon, it's a good pick. 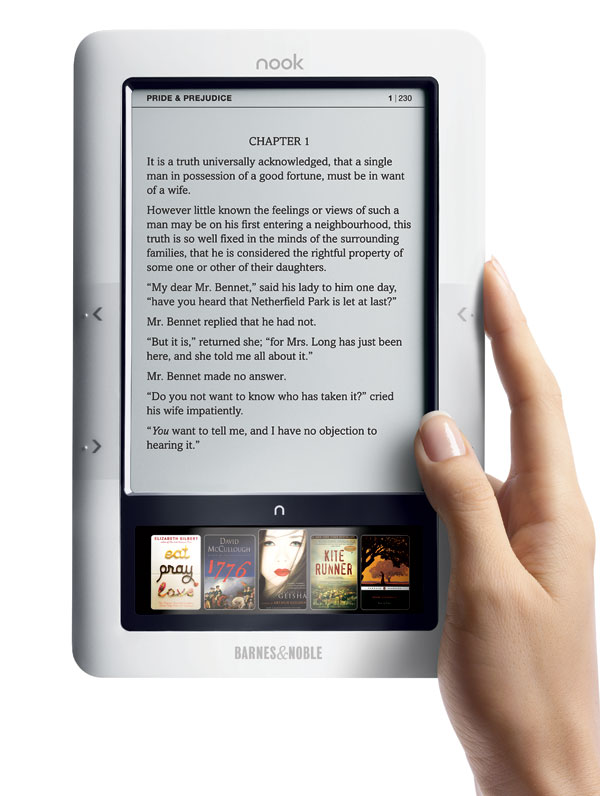 Who it's Best For: Your color-loving younger sister, your bookstore-loving mother, your ad-hating best friend, anyone with kids, your nerdy best friend

Who it's Bad For: People who value brands (Kindle is more recognizable), people who hate Barnes & Noble on principle, people who don't like touch screens.

Bottom Line: The Nook got a late start last year, which means this is its first real holiday season to show people what it's got. And while it may have had a slow beginning, the Barnes & Noble device has managed to get the hang of things quickly. Offering no ads and a touch screen on its least expensive variety, color and a speedy web browser on its middle one, and a full-on tablet behind Door Number 3, the Nook is a pretty spiffy option. The Simple is perfect for commuters who like quick-loading pages but hate ads, while the Color (which is basically a tablet computer minus a few things) has enough features to keep even fidgety folks entertained. Plus, if you make a poor call and buy someone a Nook when they'd rather have books, they can probably return the device for store credit and go buckwild on some new titles. 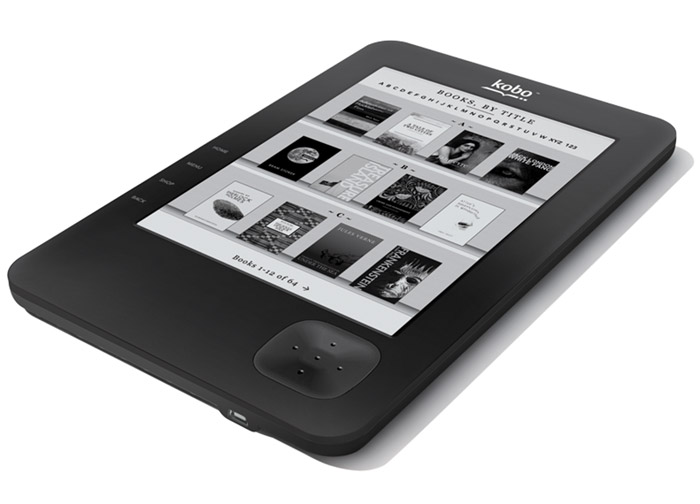 Who it's Best For: Parents, younger readers, college students who need to focus without distraction, people who don't care about 3G

Who it's Bad For: Tech nerds, busy folks who want a lot of fancy features

Bottom Line: Kobo has quickly emerged as the third in command at the helm of the S.S. eReader. With low-ish prices, a cushioned back for greater reading comfort, and a sweet rewards program for serious readers, Kobo's three models each have their own perks. Kobo's WiFi model comes with 100 free classic titles, which your lazy literary friends will appreciate, but its lack of 3G is definitely not for everyone. The Vox, however, is its answer to the tablet, and offers all the apps and other stuff you could ever want. 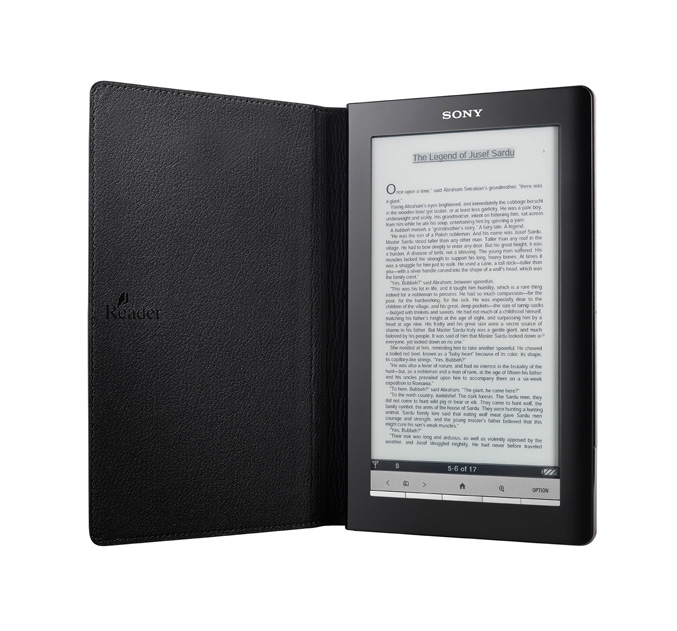 Versions: Apparently, only the Reader™ WiFi

Who it's Best For: Your best friend who want an eReader that matches her outfits, your co-worker who always wants to be different

Who it's Bad For: College students, tech nerds, anyone who wants something more recognizable (but not quirky like the Kobo)

Bottom Line: Sony makes eReaders? Of course they do! And it's called a Reader™, which they have trademarked. They used to have more, but they've all been upgraded to "tablet" status. So I'm not considering them because a.) they are expensive, and b.) they are not eReaders. Anyway, the Reader™ is a fine piece of reading machinery. You can access lending libraries, it's super-light (like, dangerously so), really convenient, and has wireless, which is neat. Also, it comes in red. Which is nice.

Of course, all of these reviews come with a tiny grain of salt, which is that not everyone even wants an eReader. So ask yourself: are you shopping for a person who loves reading, or a person who loves books? Buying an eReader for someone who thinks that they're the destruction of all things lovely and wonderful on the face of the planet will not only seem like a grossly awkward misstep, but an affront to their personal tastes. Try to suss out whether or not the person actually has anything resembling an eReader on his or her wishlist before you go gifting.

But if you're quite sure that a new reading device will bring delight and many, many new books to come, then by all means, add a little literary light to your holiday season.

I bought a Nook Classic a year and a half ago. I love this device. I went with Nook because it had support for EPUB files, as for Kindle only supported MOBI which is a proprietary, closed-source format. Furthermore, the Nook WiFi had an LCD screen which made navigation easier. Also on the plus side is the fact that it has a removable battery.

Joshua Chaplinsky from New York is reading a lot more during the quarantine December 1, 2011 - 10:41am

Uh... I don't see this piece as being very negative at all.

You may just be trolling, but if you aren't — I'm not sure you've read the article very carefully. This is an article to help people BUY ebook reader, not burn them and spit on the flames.

Joshua Chaplinsky from New York is reading a lot more during the quarantine December 1, 2011 - 1:13pm

What about the iPad?