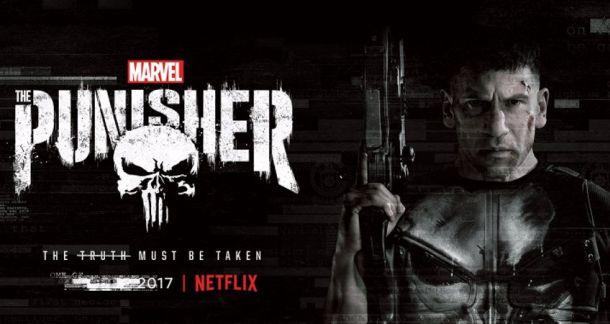 Out of all the Marvel Netflix series, The Punisher was definitely the one I looked forward to the most. He was one of the first characters other than Batman and Superman to really fascinate me, and despite some rather unfortunate divergences (FrankenCastle anyone?) he has continued to maintain my interest ever since. Perhaps it's because he is a rebuttal to the traditional superhero archetype.

The Netflix series was an entertaining boilerplate revenge shoot ‘em up, albeit with much better production value and performances than such shows typically get. But despite the branding, it’s not really a Punisher story.

A good Punisher comic has a deceptively simple construction: irresistible force meets immovable object. Sometimes Frank is the former, sometimes the latter. There are no mysteries to investigate—he always knows who the guilty party is and how to hunt them down. The narrative tension is not about if he will kill the villain, but how he will accomplish it. Although he’s tough enough to withstand an astonishing amount of damage, it’s not often necessary, as the Punisher is one of the most brilliant tactical minds in the Marvel universe. You wouldn’t know it if you only watched the show, which has Frank stumbling bloody and bullet-riddled across the finish line almost every episode. Yet despite being the most graphically violent thing Marvel has ever produced, it has no action scene as memorable as Frank’s jailhouse massacre in the second season of Daredevil. Sadly, it seems that all of the Punisher’s best scenes weren’t even in his own show.

Nothing about the series is unique to this particular character. Everything that unfolds has happened in dozens of disavowed badass conspiracy stories on the big and small screen. There’s at least three other shows with that exact premise on TV right now, and that’s a shame, because the Punisher is one of the more interesting characters comics has to offer. His black and white worldview is simple but strong enough to support a wide range of narrative possibilities, and as the writers test his conviction we learn more about both Frank Castle and ourselves. Because here’s the real secret to the Punisher: you’re not supposed to like him. In his own words, he’s a monster. One with a code, but still capable of unspeakable cruelty. The visceral satisfaction we feel when he shoots a gangster or stabs a human trafficker comes with guilt because we know what he is doing is wrong, but also that under the right circumstances, we might do the same. We try to bargain with our conscience, tell ourselves he’s only killing bad people, but eventually he will always cross a line you cannot condone. The Punisher holds a mirror up to our most savage urges and forces us to acknowledge and examine them.

Unfortunately, the show does everything it can to soften Frank and make him more friendly. They give him a bunch of pals and a surrogate family to play house with, all in some mistaken attempt to show his humanity and make him sympathetic. Comics Castle has abandoned all vestiges of a normal life, with no secret identity or day job, in order to wage a war without end. He has no time for anyone not relevant to the mission, and no friends, only reluctant allies. Which makes sense—not only is he a murderer, but also a moral absolutist who brooks no subtlety or compromise. During the first Civil War, the Punisher executed reformed supervillains willing to fight alongside Captain America because they were murderers and deserved to die. It’s really hard to get along with someone who will shoot you if you disagree hard enough. Even his longtime partner Micro eventually tried to kill him. You don’t root for the Punisher because you like him—you just want to see the bad guy get punished.

By the finale it becomes clear that the character of the Punisher has been fundamentally misunderstood by the writers. He’s not a role model or someone to be admired, but rather a cautionary tale about hatred and obsession. The show instead ends on a hopeful note, with Castle finally taking a seat in group therapy and admitting that he is afraid, something I've never seen him do in the comics. That’s because Frank Castle doesn’t want help. The Punisher is never coming home from this war. When you flip the final page of a Punisher comic, there is no happy ending. He has brutally murdered another criminal without due process, and we know in the next issue, he’s going to go do it again. He’s never going to stop, and that is the real tragedy of Frank Castle—forever slaughtering the guilty to punish both them and himself. Hopefully in season 2 the writer’s room won’t pull so many punches. I know Frank wouldn’t.

T.D. Brooking from California is reading Black Wings has my Angel by Elliott Chaze December 12, 2017 - 12:13pm

Good review and comparison to the comics.  I guess I'm glad I didn't read the comics, because I mostly enjoyed the Punisher series, particularly the nerdy family guy/ally character.  Doesn't sound like he was even in the comics(?)

There were some holes though, and several serious annoyances, that's for sure.  I gave it 7/10.

It's like you were reading my mind when you wrote this. As a huge fan of the comics, I couldn't get through the season because I was so annoyed about the way it was unfolding. You nailed what was wrong with it. Great article!