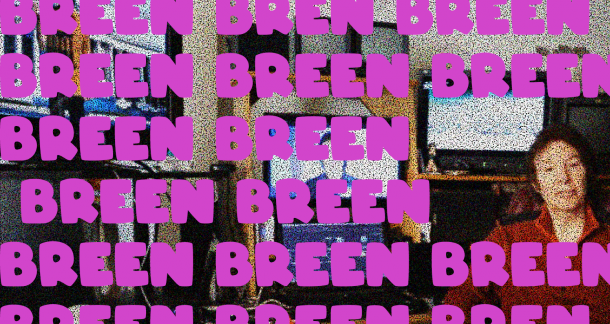 I watched Neil Breen’s 5.5-hour film retrospective about his process. This is the longest single movie I’ve ever watched. The amazing thing about it is the sound quality is horrible, the lighting is terrible, the ADR is lazy, and as a film, it’s abysmal and hard to watch. And damn it, I actually learned something about making art.

For the unfamiliar, Neil Breen’s Fateful Findings falls into the realm of movies like The Room. I think it’s better. Way better. Because it’s weirder, involves magic powers, and its creator, Neil Breen, isn’t a one-trick pony. He’s got 5 feature films under his belt, and he’s still going.

Okay, his movies are bizarre and hilarious. But beneath the surface, as hard as this is to say, we share a lot in common. Breen started out making movies on the side while holding down a regular job. He doesn’t have a formal education in film. He likes pushing his creativity. He’s a DIY guy, down to minor things like the catering on set.

I’m working a job. I don’t have an MFA in creative writing. I like pushing my creativity. I like doing things myself.

We’re all Neil Breen. And we can all learn something about art from Neil Breen.

I Am Here….Now: Space Jesus tries to fix humanity, doesn’t, but sort of does. Somehow this movie only has one “goof” listed on IMDB: “It’s a plastic baby.” So it’s on the level of American Sniper.

Fateful Findings: This is the one to watch. It’s the best confluence of Breen’s style and ideas. An author/superhacker with supernatural powers and a magic stone deals with a drug addicted spouse, a reunification with a childhood friend, unexpected death, a teenage girl swimming topless in his pool, and a hostage situation. He is in a hospital room that is carpeted. There’s a shower makeout scene involving a bloody head bandage that’s even weirder than it sounds. Just...everything about it is a treasure.

Pass-Thru: A sort of Space Jesus redux character, maybe more murderous and living in a van, helps immigrants(?) who are maybe being human trafficked? Not really sure. Lots of drone shots and tigers.

Twisted Pair: In a display of quadruple balls not seen since Van Damme in Double Impact, Breen plays both himself and himself but evil. Do not trust any plot summaries you see of this movie. A plot summary of this is like summarizing an acid trip. It just doesn’t capture the experience, and any attempt to do so with words is borderline offensive in concept.

And with that, we arrive at NEIL BREEN 5 FEATURE FILM RETROSPECTIVE a Neil Breen film, which taught me everything below.

Don’t always make things you’re comfortable making. Each time you make something, push yourself to do something bigger, better, more technically difficult, or to just do something different. Maybe you’re Neil Breen and the challenge seems to be "More blood each time!" Whatever the narrative, whether it’s The Notebook or What We Do In The Shadows, “needs more blood” is the answer.

If you’re an indie artist of any kind, one thing you’ve got is the freedom to try things out. You have the freedom to fail, and that’s something you should take advantage of while you’ve got it. Fail now while you’re small so you can succeed when it counts. Challenge yourself to the point of failure.

How does time pass in your work? That’s a weird, basic-sounding question, but it’s SUPER relevant in writing. How do you indicate the passage of time? Unacceptable answers include a day/night cycle, alarm clock, and seasons. Ever read a book where you really had no idea whether all this junk was happening in like a week or a year? If a book’s done right, you should know without even knowing how you know.

Hopes And Dreams Are For Children

Breen has met a lot more dreamers than he has filmmakers. They dream of making this or that movie, they hope to do this or that project. Like Breen says, hopes and dreams are for children. When you’re an adult, it’s time to work.

Work wins out over hopes and dreams. Too many creative types love to talk about their big ideas and such, and a whole shitload of them mock Neil Breen, but he’s the one with 5 films under his belt. Or under his denim vest adorned with an asinine amount of hardware. 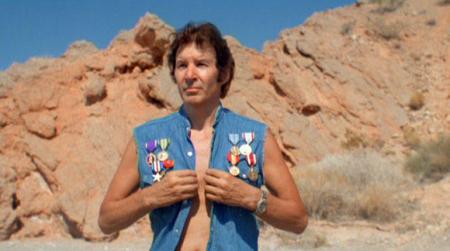 What You Learn By Doing It All

When you make a movie like Breen, you write, shoot, edit, do the music, mix the sound—you do everything. The results? Questionable. But if you’re doing it all, you learn something.

When you try something like designing your own book cover, you start to learn what works, what doesn’t, what’s easy and what’s hard. If you try to make your own cover, you’ll have better criteria for hiring a pro, and you’ll make good use of any revisions and conversations you have with that person. Get a basic idea of all the steps so you can hire the right people and make good decisions. Learn to speak their language.

Neil is indie, but he’s professional. He pays everyone. He does things so they conform to standard filmmaking practices.

Professionalism is underrated in artistic circles. Being an artist isn’t an excuse to be late and blow deadlines. Being an artist doesn’t mean you should get blottoed at a party or conference where you’re mingling as a professional. Talent can take you a long way, and professionalism can, too. Make your deadlines, be communicative, and accept feedback like a pro, and you’ll find a lot more people willing to work with you.

Neil does things very efficiently. He plans his shooting schedule tightly. He runs a small crew. He’s efficient with time and with money.

Efficiency is underrated in art. It’s seen as the enemy of art. But it’s not one or the other, art or efficiency, and if you can make art more efficiently, you can make more of it. You can make more mistakes, learn more techniques, and make better stuff.

The second piece of advice: get a job. Use that money to survive while you make art. Have money coming in that doesn’t rely on your artistic project. This not only makes it easier to make your art, if you’re not relying on the art to make a certain amount of money, you’re free to take it in any direction you want. You can do things that are interesting to you. An income separate from your art buys you a level of freedom.

The difference between social commentary and preachiness?

Neil Breen adds scenes to his movies that he describes as social commentary that isn’t preachy. I would...agree? I mean, many of his movies seem to have extended rants about bankers, lawyers, and insurance people. But they’re sort of confusing and hard to parse. If they’re sermons, I’m not certain what the takeaways are.

The other difference, if you can make a comment without over-explaining, you leave something unresolved for the reader. This forces the reader to talk to someone else about it. This spreads the word about your book. It’s win-win.

This is an excellent model for what you should expect with your creative process. Planning should take some time, editing should take your entire life, and the actual writing should end up the smallest portion. If writing and editing took the same time and effort, your book is a mess.

Neil always tries to add movement or motion to all of his scenes. You should, too. When you write, if your characters are static, tossing words back and forth, that’s BORING! Your reader might not know why they’re bored, but that’s the thing about boredom: you don’t have to puzzle it out. It’s a feeling. You’ve built an entire fictional world, and unless you ripped off my idea for ElmerWorld, the novel where everything in the world is glued to something else, there’s a shitload of stuff that isn’t glued down. Move something!

Be Around The Thing

Neil started learning about film by being an extra or playing roles he refers to as “atmosphere.” By hanging around sets, seeing what was going on, he was able to learn a lot. And he got paid to do it!

If you want to be a writer, how can you hang around writing? Can you help organize readings for your local bookstore? Can you get a part-time gig with a printer? Be a reader for a small press? Work with kids?

Think about it. Breen did.

Buy True Indie: Life and Death in Filmmaking by Don Coscarelli at Bookshop or Amazon

Buy Rotten Movies We Love: Cult Classics, Underrated Gems, and Films So Bad They're Good at Bookshop or Amazon

Your comment about his movie creates the curiosity in me. Because you said that this movie is of 5 hours and the sound and picture quality is not good. If you will check https://assignmentjunkie.co.uk/write-my-assignment-for-me/ then get more helpful ways for solve your problem. But you have learned a lot from it, i also wanna learn about the art.

We are providing https://techy-brand.com/freelance-jobs/ to get more ideas about making art.