For the November installment of my Neglected Books column, I thought I'd focus on two books that have no business being together. The first is not unknown, but it's largely unread nowadays. The other is unknown and unread. Here we go. 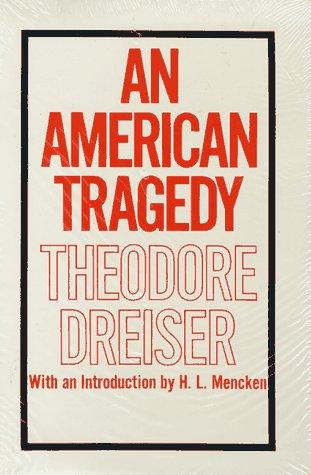 "An American Tragedy" by Theodore Dreiser

Huh? How is An American Tragedy a neglected book? Everyone's heard of it. It's one of the worst "good" books of American naturalism. And like so much of Dreiser's work, it's treated as important but also of dubious merit. My copy of the novel runs to almost 900 pages; out of those 900, maybe 50 of them are written with any kind of real elegance. For the most part, Dreiser was, in fact, a verbose, plodding stylist without much talent for crafting a simple sentence:

Indeed the center or mentating section of his brain at this time might well have been compared to a sealed and silent hall in which alone and undisturbed, and that in spite of himself, he now sat on thinking on the mystic or evil and terrifying desires or advice of some darker or primordial and unregenerate nature of his own, and with out the power to drive the same forth or himself to decamp, and yet also without the courage to act upon anything.

And so on. It really baffles and amazes: How did Dreiser become a canonical writer? Many critics would point to his other famous novel, Sister Carrie, as a more restrained (if equally clumsy) work, a novel that shows off many of Dreiser's greater gifts. I didn't care for Sister Carrie, and I think An American Tragedy, despite its many problems as a work with pretensions to art, is of greater value if you're interested in the American naturalist movement.

It's based on a true story, but so embellished and so psychological that you'll quickly stop caring about the facts. A young man, Clyde, gets a girl pregnant. He has no love and no respect for her — she's really just a peasant, after all — so, of course, he murders her by pushing her off a canoe in the middle of a lake. That's about halfway through the novel. The first half consists mainly of anecdotes about his troubled youth and his attempts at joining High Society, while the second half is one long courtroom drama.

Tragedy was scandalous, once upon a time. Today it seems a little tamer, but the emotional impact is still there. The murder scene, to give Dreiser literary credit, is seriously unsettling if you let yourself be dragged along by his sensationalism. The courtroom scenes, written decades before the John Grisham legal thriller was even a thing, are mainly convincing and seriously detailed. Witnesses follow one another, and we, the astounded readers, are treated to just about every conversation that's had during the trial. The depth that the story acquires as soon as the Law enters the picture is impressive. From the inside of Clyde's mind, we zoom out and explore an entire society's psychology.

Give it a go. If you hate it by the midway mark, put it down. If you persevere, you'll have read a great forgotten "classic" of left-wing American fiction, which, given the current Occupy movements, seems likely to be making a comeback. 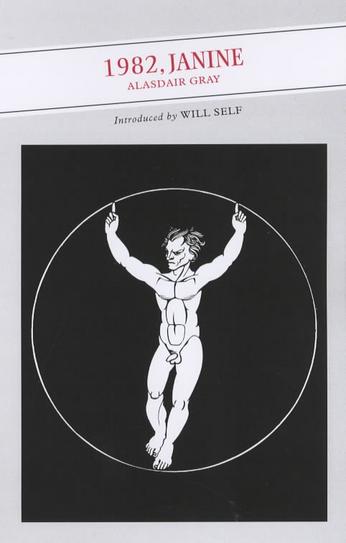 This is one of the most underrated, most stupidly unread novels in the world. Scottish artist Alasdair Gray is an old man now, and it took him a couple of decades to write his first novel, the massive Lanark — a book about the afterlife, about art, about redemption, and about everything else. Then he followed it up with the extremely puzzling 1982, Janine: a shorter, messier, crazier, more depressing novel full of self-delusion and absolutely insane typographical insanity. It is one of my favourite novels. I only know three other people outside of Scotland who have read it.

The book's protagonist, Jock McLeish, is a drunk worker who's just rented a room in a hotel and plans to commit suicide. And he kind of does. Kind of. Because halfway through the book, after pages and pages of delirious and wonderful nonsense, he wakes from his suicide attempt a soberer, more introspective man, which is when the book gets truly good.

Joshua Chaplinsky from New York is reading a lot more during the quarantine November 17, 2011 - 1:26pm