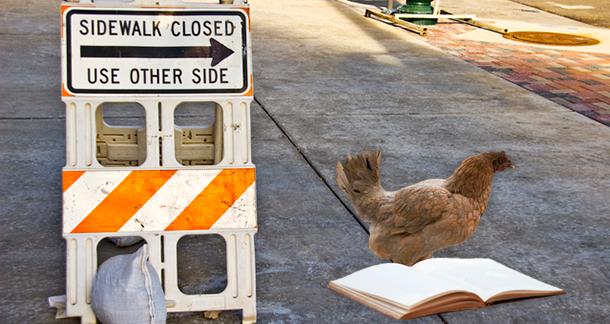 Sometimes, we hate our book. It’s all right to admit it, this is a safe space. We bring them into this world with much enthusiasm, invest tons of our time and energy into helping them reach their full potential, and they appreciate none of it. Of course, deep down we love them, but when you’ve rewritten a paragraph for the millionth time and still don’t know what’s wrong with it, you might print out your manuscript just for the symbolic satisfaction of lighting it on fire. I certainly won’t judge you. But when the smoke clears and you’ve still got an unfinished novel staring you down from your laptop screen, I have a helpful tip for moving forward.

Take a narrative detour. It’s my little version of a busman’s holiday—I get a break from my novel, but I’m still technically doing work, so I don’t feel guilty about taking time off. How do you do this? Write a short story set in the world of your novel, but far from the main events. Not a prequel or a sequel. At most, this is a side quest. I do this to stoke the fires of imagination. We are typically our most creative and free-thinking when we start writing, because the story is all unrealized potential at that point. After we’ve written 70,000 words, we tend to get bogged down in the minutia and rules of our creation, telling ourselves certain ideas can’t happen because of X, Y or Z. Starting a new story helps you sidestep the constraints so that you can see new possibilities. You get to coast on that new story euphoria while learning more about the intricacies of your own creation.

Don’t worry about continuity or how it will fit with the rest of the story. The point is not to produce a publishable product, but to explore.

Make your story something simple and fun. Consider this a spin-off from the main story. If your novel is the movie, think of this as the tie-in comic book. Just an entertaining diversion. Don’t worry about continuity or how it will fit with the rest of the story. The point is not to produce a publishable product, but to explore. You’ll write more freely when you stop worrying if every line is good enough for your precious novel. Sometimes a good starting point is what you believe to be the least important part of the story, or just a part that’s received the least attention so far. Maybe there’s a minor character with an interesting point of view, a major historical event that is explained only in vague terms, or a corner of the world that is mentioned but never seen. Dig into the details and see what you find. You might surprise yourself.

Once I’m a few drafts deep into a novel, I find my perspective can get fixed. I get stuck in omniscient author mode, which makes it difficult to really connect with the people running around in the story. Is the character doing something because of their motivation, or just because the narrative needs them to? Taking a detour forces my head out of this comfort zone.

For example, I am currently writing a cyberpunk novel, set about twenty years after a devastating war against the robots. While I knew the broad strokes of how this impacted the world, I was missing the human toll—how were the people affected by this global trauma? To find out, I started a new short story about a minor character who was a hero in the war, but has fallen on hard times since. The story took the form of several characters giving an oral history of the war, focusing on how the hero eventually became a legend. Taking a look at the war from these many different angles gave me the ground-level perspective I was missing. Not only did I get a more complete understanding of what happened during the war, I understood how it changed the lives caught up in it. It also helped me articulate a deeper theme I had been poking at, but failed to identify. Now I can develop it further. Looking at the same pieces in a new context suddenly made it obvious how they were meant to fit together.

The best part is, once I had the revelations I sought, I was free to drop the story and get back to my “real” work. As soon as you start feeling the tug, you should go ahead and jump back in. Don’t feel obligated to finish the short. Maybe one day I will polish it up into something worth publishing, but for now, the detour has served its purpose. I took a different path, but I still got to where I needed to go. Now I can return to my novel with a different perspective and renewed enthusiasm. I think this next draft is gonna be the one.