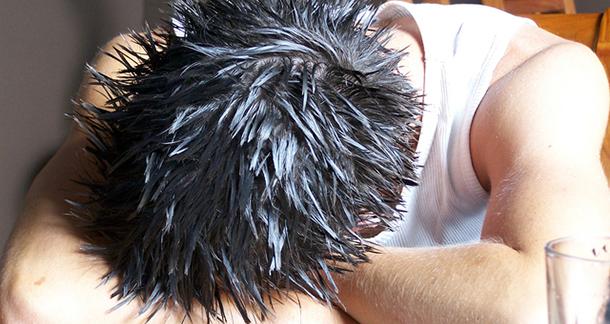 If you’ve been writing for any amount of time, then you’ve probably heard of National Novel Writing Month aka NaNoWriMo. The premise is simple: write 50,000 words in thirty days. The execution? Not so simple. Work ethic notwithstanding, there’s not many people built to write a solid first draft in thirty days or less. Other things like day jobs, family obligations, and the Thanksgiving holiday tend to serve as additional hurdles. I’ll be blunt here and just say it: I don’t like this system. I like its intentions—promoting a sense of urgency in one’s writing—but I don’t think rushing through a novel where word count is valued over quality should be encouraged. And celebrating reaching a certain amount of words feels like an empty victory. At best, most NaNoWriMo “winners” have an extremely rough draft at the end of the month, but nothing close to a finished novel. Only the likes of Joyce Carol Oates or Stephen Graham Jones can pull that off.

Regardless of my personal feelings towards NaNo, I know people participate and are looking for a little direction come December 1st when the party is over and reality sets in. You may have written a complete draft in one month, but the subsequent cleanup process will take the better part of a year. Here’s your eight-step guide to shaking off the hangover of NaNoWriMo.

Seriously, just step the hell away. You’ve been eating, breathing, and living this book for thirty days straight. You are now officially what we in the industry call “too close” to the project, and maybe a little burned out, too. The last thing you should be doing right now is trying to edit or do rewrites.

A novel written in a sprint leads to a decathlon of rewrites and editing.

Read a book that’s not yours. Netflix binge Jessica Jones. Play Star Wars Battlefront. Do something that puts a mental distance between you and the novel you’ve been obsessing over for the past month. Take two weeks. Or three. Take as long as you need to. The goal here is to de-familiarize yourself with the project so that when you go back you’ll have fresh eyes.

3) Read through and try not to cry

Okay, so it’s been a few weeks and you’ve finally reached a point where the novel isn’t at the forefront of your mind. It’s time to read this thing, which leads us to one of the tougher moments of a NaNo hangover. Odds are, what you’re about to ingest is going to be terrible. It will be sloppy and littered with mistakes and plot holes and undeveloped characters. This should come as no surprise, because this is exactly what happens when you rush through something in a fraction of the time you’re supposed to spend on it. A novel written in a sprint leads to a decathlon of rewrites and editing. Let that sobering fact wash over you and try not to give up hope.

4) Don’t do anything stupid

Don’t delete your manuscript or give up; you just spent a month on this thing. Don’t ask anyone else to read it or workshop it; you’d be wasting their time. Don’t submit it to any presses or agents; you’re just clogging up the queue for people who actually put in the effort to turn in a polished manuscript. Don’t self-publish it and fist pump on social media about how you have a new book out; you’re the reason we can’t have nice things.

For any given chapter, you should have two sections: an outline of what you did and a plan of what you’re going to do when you attempt your rewrite.

Somewhere in this first draft are the bones of a novel. There’s a beginning, middle, and end. Start the salvaging process with a chapter-by-chapter outline in which you succinctly summarize everything you’ve written so far. Focus on plot and narrative for the time being. The goal is to transition your 50,000 mess into a 2-3 page document that cleanly breaks down your novel. This is going to be your roadmap for when you hit the writing trail again. In addition to the outline, you should also track a list of amendments/major corrections. I’m not talking about little grammatical things. Worry about that later. Focus on identifying plot holes and inconsistencies. For any given chapter, you should have two sections: an outline of what you did and a plan of what you’re going to do when you attempt your rewrite.

Have the following three docs open: your NaNoWriMo draft, your chapter-by-chapter outline, and a brand new blank document for your rewrite. I strongly suggest that you not attempt to edit your first draft and treat this like a true top-to-bottom rewrite. Better that you think of this as building something new as opposed to fixing something that’s broken. Now, write your first chapter, but this time do it deliberately. Don’t worry about time or word count. Go slow, focusing on the quality of the prose. You’re no longer operating under the rules of NaNo where you have to forcibly crap out the words, so being able to take your time should be a welcome reprieve.

Once you’ve made chapter one as perfect as you can make it, you might consider having someone look it over. This could either be a non-interested 3rd party, a fellow writer, or under the huge magnifying glass that is a writers’ workshop (we have a good one right here on the site). You might think it’s a bit early for this, but chapter one is the tone-setter, and if something’s wrong with chapter one then you’re going to have subsequent issues as the novel progresses. So don’t be afraid to let people beat the hell out of this thing. Find out if it hooks. Ask about pace/tone/voice. Get opinions from people who aren’t afraid to hurt your feelings. Why is this so important? Because chapter one is what gets sent out to agents so they can decide if they want to read the rest of the work. Chapter one is what people browsing books peruse to decide if they want to purchase the entire novel. It’s arguably the most important chapter of any given novel, so work the hell out of it.

After you’ve put together a thoroughly ripped-apart-and-built-stronger-than-ever chapter one, feel free to move on. Keep referring back to your NaNo draft and chapter-by-chapter outline while applying the feedback you received on chapter one. Again, be deliberate. You’re not on the clock anymore. Write the chapter, then edit, but you can hold off on workshopping/beta reading until you’re confident you have a fully polished manuscript. That will be the next step once you’ve completed the very long road of rewriting your novel. This final step should take many months—possibly more than a year—to get through.

I wish you the very best of luck with your rewrites, edits, and what have you. Hopefully, this list proves helpful. If you participated in NaNoWriMo and would like to share your thoughts on it, we’d love to hear from you.

In fact I think the fact that I used a chapter-by-chapter outline before writing my first novella (that took two years to merge two novelettes) really helped me figure out how to put into an actual story the character brewing in my head sense 2009.

Even still I think it may have took upwards 13 drafts or so. I think by then I was ready to be done with it and write something else.

But yes, edit edit it.