My Resolution to Write Less 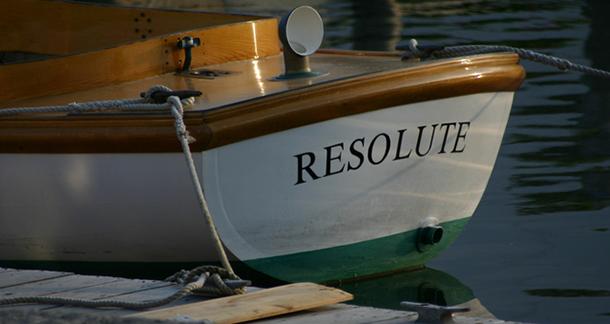 Admit it. You've heard that advice, offered unbridled by legends like Ray Bradbury as well as dozens of contemporary authors. "If you want to be a writer, you should write. Every day. Write."

It's good advice, especially for writers just starting out. Writing daily, with specific word count goals, is a great way to get into a productive routine. It's a fabulous way to make progress. Solid, daily progress. Writing daily forces your project wordcount up and up and up. It insists you write through roadblocks and writer's block. The act of placing words on paper (computer?) becomes something of a religious experience. Did you say your prayers today? No, but you wrote.

When I first started writing, I followed the write-daily-advice religiously. While working on my first novel, I was still working full time. I had a one-year-old baby and a husband at home. I'd work a full day, come home, have family time, and then, by 8:00, the baby was in bed and I was writing.

In those days, my word count goal was semi-aggressive, for a girl just starting out. One thousand words a night. Sometimes (often) more, never less.

And the experience was...amazing. That first book crept forward in a way I'd never seen a project go before. Every night, as soon as the baby was upstairs, my computer came out. I ignored my husband (sorry, honey), ignored the dirty floor or unwashed laundry, and I wrote.

The act of placing words on paper becomes something of a religious experience. Did you say your prayers today? No, but you wrote.

I learned how to write. I learned what to write. And it worked, really, really well.

But nowadays, today, it's time to acknowledge: that schedule no longer works for me, and as I enter into 2017 with some pretty lofty career goals, it's time to see if, maybe, for me, less will be more. Maybe it's time to resolve to write...less?

Or at least, to examine the different forms my writing can take.

These days I work a part-time day job. Three days a week, while my child (who's no longer a baby, and is a fully functioning eight-year-old) is at school, I work the books for a small home and garden store. I deal with invoicing and billing, bookkeeping and checkbooks. I stare at numbers for six hours straight.

Have I mentioned I think I'm dyslexic when it comes to numbers? My tendency to transcribe 6s and 9s especially keeps things interesting, and forces me to focus to the point of headache when I'm balancing the checkbook or entering in fertilizer formulas.

By the time I emerge from my bookkeeping cocoon, I'm exhausted. Cross-eyed. I'd love to say I go home and write, but the reality is I go straight to school to pick up my daughter. I chat with my girlfriends at pickup to keep from going insane. When we get home, I rush around, dealing with dogs and cat and helping with homework. I listen to an eight-year-old's weighty issues (this friend is telling her secrets to another girl...this boy is calling her names...) and provide the best advice I can. I start dinner. Vacuum. Throw in a load of laundry or two. Have a cocktail when my husband gets home because it's the only time we spend together some days.

After dinner there's bathtime and more laundry and dog-wrangling and often the cleaning up of cat vomit. Bedtime is no longer 8:00 sharp. Sometimes it's 8:30. Sometimes it's 9:30. Often there's a call or three to sneak a cat out from under a bed or listen to one last story or solve the world's problems, at least in the eyes of the eight-year-old.

By the time I sit down, it's late. I'm exhausted. The only thing I can manage to write is some sort of snarky Facebook post or series of tweets highlighting some entertaining aspect of my day. The thought of writing even fifty words on my work-in-progress feels unbelievably daunting.

And that description of a typical day? Doesn't even include when soccer is in season. God help me when soccer starts again. Then my life becomes soccer-soccer-soccer, all in support of an eight-year-old girl with dreams of becoming the next Tim Howard.

I cannot write on work days. I just...can't. The only time I have to write is on those two days a week when I don't work. I have six hours at home during the school day, and that is my writing time. Too bad it's also my running time. My cleaning time. My volunteering at school time.

In short, I'm busy. Just like you. So when the hell am I going to write, and what do I have to give up to do it?

2017 needs to be a super-productive year for me. I've got three books I've been sending out into the world for a while — I'd love to see something cool happen with any of them. I've got the sequel scheduled for Heartless. It's written and in my editor's hands now, but I imagine it'll require some hefty editing once he's made his mark on it. That's...gonna take some time.

I just printed off a southern gothic YA horror novel I wrote last year. This edit's going to be the cause of soul-searching and teeth-grinding for me. There are bits I think are the best bits I've ever written; there are also sex scenes, which was a new experience for me, and will require some deep thought as to how to make them YA appropriate. They're important to the story, though, so I can't kill them entirely.

The overhaul of this story should take a couple months, and then I'll start sending it out into the world, too.

Once that's done, I need to write something new. I've been editing for a long time. It's time to start drafting. Problem being: I have two books I want to write in 2017. One is the third and final installment in the HEARTLESS series. I've set myself up for something really fun there, and I can't wait to dive in. But I also have this other story I want to write, about a girl who lives in a society that's overcome death...or has it? The girl (her name is Sky) has been living in my head for half a year and she's still lingering, begging for her story to be told. I have to find the time to tell it this year.

So, at final tally, that's big, deep edits of two existing books, and the actual writing of two more. 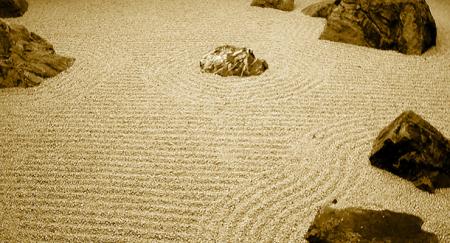 What I Should Give Up to Get There

Look, you guys. I'm a social media junkie. There. I said it. I love to play on Twitter. I consider the people I've met there my friends and co-workers, and I love to check in and see what they're up to.

I love to Facebook. I love sharing silly stories of life and writing and child-rearing, posting photos and gifs and all kinds of other stupid shit.

If I want to achieve my lofty 2017 goals, I should give it all up. Any time spent on social media is less time spent writing the things I actually need to be writing. I should let go of my phone. Step away from Instagram. Uninstall Facebook.

Also, I should be spending less time essaying, working on rambling pieces like this one. I should stop monkeying about with short stories that I wrote three years ago, trying to make them into something worthwhile. (Did I mention I do that? I do. It's terrible. "I swear this story can be good if only I..." Problem being I never find the right solution.)

In short, I should resolve to do less. To focus less on those silly things that distract me from my overall goals. I should focus only on those big projects, spending those six hours, two days a week, on my books. My big, massive books.

Here's the thing. On the surface, social media-ing does indeed seem like a huge time suck. I know it does. I know it can be time consuming, and utterly ridiculous.

But should I give it up?

Well, maybe. Maybe not, though.

Every time I post a silly story on Facebook, I'm playing with words. I'm playing with voice and tone and humor. I'm working on my ability to tell a long story in as few words as possible. I'm fooling around with rhythm and syntax and all sorts of other things.

And every time I check in with a friend on Twitter, or every time I put something stupid out into the ether of Instagram, I'm interacting with my coworkers, the same way a programmer in a software company gets up to go to visit a colleague in another cubicle. Those tweets, those exchanges, are my touchstones into this writing world. My reminders that I'm not alone.

I can't give that up.

I originally planned this column as a declaration of giving up social media and essaying and short story-ing. But then I realized, as I worked through it, that every word I write, regardless of venue, is still a word written.

It's going to take a lot of hard work and focus to edit two books and write two books in 2017, especially considering the business of life. But I resolve to remember I'm not the only writer with a busy life. All of you have busy lives.

So I resolve to bitch less and work more, and cheers to what I hope will be a productive year.