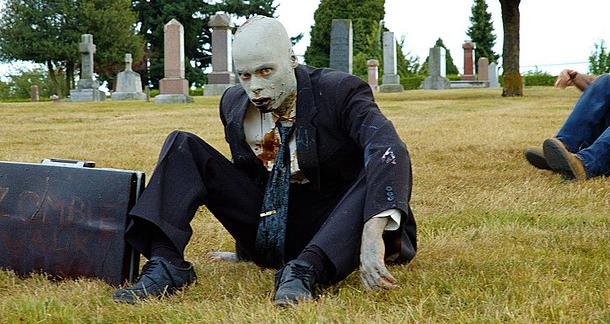 Readers have been inundated with stories of werewolves, zombies, and vampires to the point of ridiculousness. Cthulhu sells more merchandise than Lovecraft could have ever dreamed, with his likeness stamped on mugs, a surprising array of shower curtains, iPhone cases, and more. Fantasy and horror fans love to speculate about what’s going to be “the next vampire” or the “next zombie.” Mermaids and shapeshifters experienced a spattering of popularity for a while there, but the field remains open.

If you’re curious as to why certain monsters latch more tightly to the human imagination than others, Aristotle offered some theories on the driving forces behind popular content as far back as 350 B.C. He came up with three factors that audiences respond to the most: ethics, emotion, and logic. The most memorable monsters from literature play on all of these forces, exploiting wider societal issues and phobias. Frankenstein delved into man’s fear of overstepping ethical boundaries through science, while the vampire has long been associated with sexual deviancy or repression. And, of course, there’s our pal the corporate zombie, out there making statements about working class drudgery.

Below are six possible applicants for authors in search of the perfect monster to hire. Some are relatively modern, while others are ancient. One or two already have a major gig on their resumes, but most have been collecting unemployment for a while, just waiting for a creative mind to come along and bring their legends new life.

Yes, I know. You’ve already seen the movies with Will Smith. But the legend of the Men in Black actually begins in Bridgeport Connecticut with a UFO investigator named Robert K. Bender. In 1953, three mysterious men paid a call to Bender’s residence. They demanded he halt his investigations, but Bender eventually released a book stating that the three men were extraterrestrials themselves. In the years following, there have been numerous accounts of UFO witnesses being threatened by MIBs. The men are described as having a strange walk, as though their torso and legs were trying to move in opposite directions. Folklorist Peter Rojcewicz once hypothesized that the MIBs might be a modern equivalent to old tales of meeting with the Devil, whose character has long been associated with the color black. 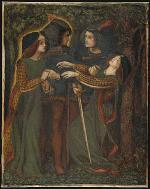 The Doppelganger, closely related to the Irish legend of the fetch, has always creeped me the Hell out. Doppelgängers are apparitions that perfectly resemble living people. There’s some variation on this matter, but sighting one’s double is generally seen as an omen of impending death…and, absolutely no joke— a woman with the same name as me just knocked on the door looking for directions as I wrote that last sentence.That’s a perfect example of why the Doppelganger is frightening: it’s your own mortality staring you in the face, and it looks just like you.

The Adze is part of an African myth told in parts of Togo and Ghana. It takes the form of a firefly that devours the blood and organs of its victims, who contract a deadly wasting disease from the attack. The Adze can also transform into a shape that resembles a crippled human, and they prefer to feast on children. It’s a legend that preys on fears of diseases spread by insects, such as Malaria. Unlike Western vampires, there’s no measure that can protect you from the Adze, no garlic or holy water. So, the next time you see a firefly, keep on your toes if you value your heart and liver.

Nāgas (nāgiṇī for the feminine) are derived from Buddhist and Hindu mythology. Sharing some anatomical similarities with mermaids, they are human from the waist up, and snake from the waist down. Sometimes they appear with multiple heads or cobra hoods, and some stories recount their ability to spit poison. A variation of the mythical species exists in Thailand and Laos, called the Phaya Naga. Even though nāgas are not always portrayed in a negative light, snakes naturally evoke a strong reaction from most people. There’s evidence that being able to detect snakes quickly in the wild is a trait that helped humans develop better vision and larger brains.

You may recognize the Dullahan’s cousin from Washington Irving’s "The Legend of Sleepy Hollow". This creature is also a headless horseman, but it carries its detached and decaying skull along for the ride. The disembodied head can see everything across the countryside, and this is how the Dullahan pinpoints who is dying. It (he?) uses a human spine for a whip, and those who witness his midnight rides may have a basin of blood thrown in their faces.

There is something especially chilling about this urban legend. Perhaps it’s that this ghoul can blend in to a crowded subway platform, or look at ease crossing a city street. Kuchisake-Onna is a young Japanese woman who wears a medical mask over her mouth. She approaches strangers at night and asks them if they think she’s pretty. Whether they answer yes or no doesn’t seem to make much difference— at that point you’re screwed either way. She removes the mask to reveal a wide Joker-like slit across her face and either cuts the unfortunate victim in half, or slices them a smile to match her own.

What is your favorite underrated monster?

What's the one from Africa where men think their, you know, down-belows are being stolen from them?

nathaniel parker, I believe that is the work of sorcerers who make priceless headlines such as the title of this Reuters article possible: http://www.reuters.com/article/2008/04/23/us-witchcraft-idUSN23196036200...