Modifier Makeovers: Go From Basic to Belle-of-The-Ball with These Simple Tricks 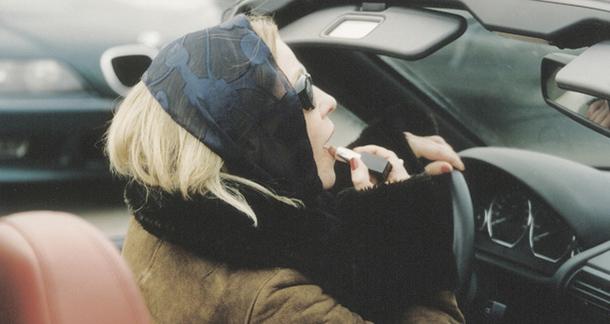 Modifiers are the accessories of writing: they serve to enhance your basic sentence. Just as your basic outfit should include—at minimum—pants and a shirt, your basic sentence must include a clear subject and verb. Modifiers are all the other items you use to dress up your sentence—shoes, jewelry, jackets, scarves, sweaters, socks, tights, sock-garters, belts, hats, hair accessories, ties, pocket squares, hat bands, feathers, rings, cufflinks, stick-on face gems, cell-phone holsters, spats, multi-pocket fishing vests with decorative lures…you get the idea. Most outfits have a modest number of well-coordinated accessories that add interest and specificity—style. The same goes for most sentences. Using modifiers with restraint and intent, you can turn out some chic prose that will make your readers' heads turn and leave them wondering just how you pulled it off.

How to Modify Your Look (But Not Too Much)

Modifiers are words—like adjectives and adverbs—that add description. Modifiers can also be whole phrases or clauses. Adjective clauses, adverb clauses, participle phrases, prepositional phrases, infinitive phrases, and absolute phrases can all serve as modifying elements in a sentence. (If you need a refresher on clauses, see my previous LitReactor article: Clause I Said So.  And for a primer on phrases, check out this column: Groups of Words with Lots of Jobs.)

Here is an example which I modified (haha, get it?) from another excellent example on chompchomp.com.

Using modifiers with restraint and intent, you can turn out some chic prose that will make your readers' heads turn and leave them wondering just how you pulled it off.

Here is the basic outfit:

We’ve got a subject: Taylor

We’ve got a verb: spilled

Hey, we’ve even got a direct object: coffee

It’s decent. It can definitely go out in public like this, but let’s go over to the closet and pick out some accessories.

Tired Taylor, who just wanted a venti Americano to get through her nine-hour workday, accidentally spilled the massive coffee all over her white dress, gasping with pain as the extremely hot beverage splashed down her leg, a rude awakening causing Taylor to switch to iced coffee as her caffeinated drink of choice.

But…like most makeovers, a sentence with this many modifiers comes off a bit overdone and unrealistic. Wear a few too many accessories, and people may turn to wonder NOT how you pulled it off but what circus you escaped from. Too much of a good thing might cause your readers to get distracted by all the sequins and ribbons and tiny hats. The point is not to see how many modifiers you can use, but how you can use modifiers effectively for maximum impact with minimal interruption. You want your readers to see the sentence as a whole and feel its impact completely without getting distracted by all the parts. Perhaps we should use the classic fashion advice of Ms. Coco Chanel and remove at least one modifier before we let this sentence head out the door.

All Taylor wanted was a large Americano to get through her long day, but instead she spilled her hot drink all over her clothes, managing to both stain her dress and burn her leg. Maybe, she thought, it was time to switch to iced.

That's better. Now, let's look at some common modifier mistakes to ensure we use our accessories wisely.

Just like a hat worn as a shirt, it can be awkward and hard to ignore a poorly placed modifier. A misplaced modifier modifies a word or phrase that you didn’t intend it to modify. In the spectrum of grammar sins, misplacing your modifiers can come off, at worst--confusing, and at best--hilarious.

Pop quiz: In which example am I missing the rest of my clothes?

A! The modifier is modifying the verb wear, so I am saying the only item of clothing that I wear is yoga pants. In example B, the modifier is near the yoga pants, which means I only wear yoga-style pants, to the exclusion of other types of pants.

In most cases, the surrounding context can help clear up any confusion your reader may have, but consider the impact if they are even momentarily confused—you have just caused your reader to picture you topless.

The best way to avoid this fashion faux pas is to keep your modifiers as close to the thing they modify as you can.

Consider another example of misplaced modifiers in which modifying phrases are set off by commas:

Pop quiz: Who is dressed in hot pink—Taylor or her daughter?

As the modifying phrase is set just before the subject Taylor, the reader will start to imagine her decked in neon pink before they even get to the end of the sentence and realize it’s probably the 4-year-old daughter.

There are a number of ways to remedy this sentence, so here are two:

Taylor admired the budding fashion sense of her 4-year-old daughter, who was dressed head-to-toe in hot pink. 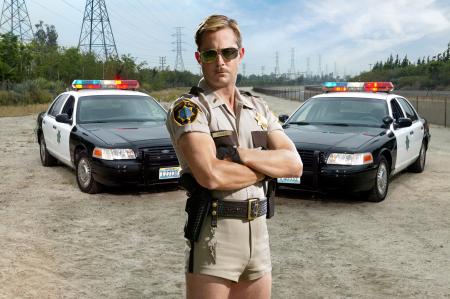 Unless you’re Lt. Jim of the Reno Sheriff’s Department, your modifiers should not dangle, and if they do, you need to tuck those things back in. Like the rest of Jim’s pants, a dangling modifier means that something is missing in your sentence, and that something is usually a clear subject.

Mowing the lawn every weekend, the grass seemed to grow faster.

Was the grass mowing itself?? Nope—though I wish it would. The participial phrase mowing the lawn every weekend is missing a clear subject—who is mowing?

Mowing the lawn every weekend, Taylor could swear the grass was growing faster.

Even though she was mowing the grass every weekend, Taylor swore the grass was actually growing faster.

I’m not really sure how this particular label came to be, but a squinting modifier is typically an adverb that has been placed in a sentence near two different things that it could possibly modify. Like Meredith’s Casual Friday tube dress—it’s not clear which part the modifier should be covering? Crotch? Boobs? What is obvious is that neither one is being modified effectively.

How about an example:

Drivers who speed often arrive at the same time as the slow drivers.

So are we talking about drivers who speed often? Or speedy drivers who often arrive at the same time as the slow drivers? It’s impossible to tell. Grammar Girl suggested this mistaken modifier be called the “shifty modifier” which I think is an apt name. Each time you read the sentence, the meaning of the modifier seems to shift back and forth. Maybe all the shifting causes the reader to squint with frustration…I don’t know…

These are very easy to fix, however, just move that modifier closer to the word you really mean to modify.

Often, drivers who speed arrive at the same time as the slow drivers.

Drivers who speed often still seem to arrive at the same time as the slow drivers.

Now that you are all spiffed-up, and have all your modifiers in the right places and in the right amounts, you’re ready for the ball! Just be back by midnight!!!

*If you want a fun book to read about modifiers, try Bonnie Trenga's book The Curious Case of the Misplaced Modifier. It is actually written as a mystery story.