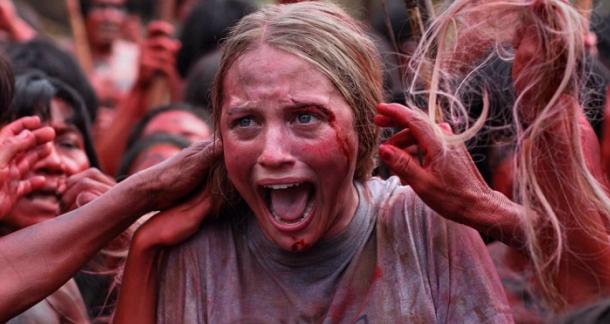 The first time I watched Cannibal Holocaust I was thirteen and living in a hotel. It was around one in the morning and my parents were out, so I was alone in the room with a laptop to keep me busy. By then, I had fulfilled my daily quota of pornography (which is a pretty impressive task considering how large such a quota is for a thirteen year-old), so I was bored and in need of something new to do. As usual, I settled on watching a horror movie. But what movie? At the time, it seemed like I had watched everything (you see, I was very dumb). I Googled around for suggestions and eventually read a few pages about this infamously disturbing video nasty called Cannibal Holocaust. It sounded promising and just the sort of thing I wasn’t supposed to be watching, so I found a website that was streaming it and got comfortable.

Now, I haven’t watched Cannibal Holocaust since that night, so my memory isn’t exactly the freshest. I do remember reading that the animal killings were real, and I wasn’t so sure how I’d react to those scenes until they came on. Well, I discovered I did not react very well at all. The whole movie fucked me up. I think I blacked a lot of it out, but I remember turning my laptop off once it was over and crawling into bed and just feeling sick to my stomach. Until Cannibal Holocaust, I thought I could handle pretty much anything. I’d plowed through The Last House on the Left and I Spit on Your Grave with ease compared to how I dealt with Cannibal Holocaust.

The first time I watched 'Cannibal Holocaust' I was thirteen and living in a hotel.

So, obviously, when I heard Eli Roth made “the next Cannibal Holocaust”, I had to see it. Eli Roth isn’t always popular, but I love the dude to death, and will watch anything he puts out. Last Friday, I caught the day’s first showing at noon. Getting there this early, I was the only person in the theater, which was pleasant, because if I suddenly got sick halfway through the movie, at least nobody would be there to laugh at me. But I’m pleased to report I have a slightly stronger (aka fatter) stomach than I did at thirteen, so this was not the case!

Actually, if you’re going into Eli Roth’s The Green Inferno thinking it’s the next Cannibal Holocaust, let me stop you right there, because you’re approaching this movie from the entirely wrong angle. I am not quite sure who was in charge of marketing this movie, but they have definitely misled you. If you don’t go into The Green Inferno expecting a dark comedy, then there’s a good chance you’re going to be confused.

The Green Inferno does not give two shits about making you care for its characters. It is instead more concerned about making you hate them and root for their gruesome deaths (which can be said about a lot of horror movies). The cast of characters we have here are college students in love with the idea of activism. They decide to take things to the next level and fly out to the Amazon rainforest in an attempt to prevent an EVIL COMPANY from clearing the area and destroying the tribes currently living there. These tribes, of course, are totally into eating people, so they are quite excited when the college kids crash directly onto their dinner table.

I’m pretty sure you can guess what happens next. Except, Roth plays this in an amusing, goofy style I couldn’t help but appreciate. I went into this movie wanting to be disturbed—almost needing it—and instead I walked out of it shaking my head, thinking, “What the hell, Roth, you crazy bastard.” I didn’t hate the movie, but I won’t claim to love it, either. Any movie that allows its survivors to escape by [SPOILERS] stuffing marijuana into their dead friend’s throat and waiting for the villagers to cook her and thus get stoned [END OF SPOILERS] will always have a special place in my heart.

What The Green Inferno did do for me, however, was revitalize my interest in cannibal fiction. LitReactor doesn’t pay me to talk about movies, so I started focusing more on good books that featured cannibals. And you know what? That’s a really hard list to narrow down. But I think I’ve gathered together ten novels that won’t disappoint anybody interested in the cannibal genre. So here they are. By the way, I highly recommend reading all of these before eating. You’ll never find a more successful diet strategy. 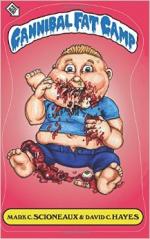 Cannibal Fat Camp is a short novel that I had a hard time not loving. From the very start it hooked me, and kept me entertained 'til the end. It fulfilled a sick need I have for the gross and bizarre. The descriptions in this are clever and—sometimes—made me downright squeamish. Troma would be proud. But be warned: this is not for kids. Unless your kids are fat. Then you should probably make them read this a few times. 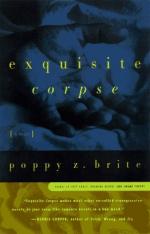 Poppy Z. Brite’s fiction is beautiful and insane. His style has a delicate touch, kind of like a professional cook preparing to slice through a chunk of meat. In Exquisite Corpse, he writes a love story about two cannibalistic serial killers. Read this if you want your idea of what fiction can accomplish changed forever. 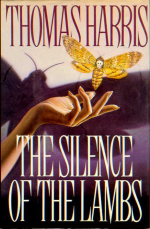 08. 'The Silence of the Lambs' by Thomas Harris

This entry seems almost obligatory and I know if I didn’t include it all you cannibal nerds would be throwing a fit in the comments. And you’d have good reason to! I don’t need to tell you how iconic ol’ Hannibal is to the horror genre. Thomas Harris is a legend. 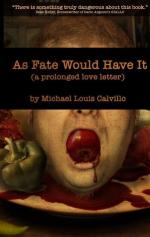 07. 'As Fate Would Have It' by Michael Louis Calvillo

I’m just gonna copy/paste a section of the back cover blurb here: “Montgomery, a gourmet chef on the fast track to fame, has a teensy weensy problem. He's a murderous cannibal addicted to human flesh. Guilt and worry eat his brain and beg him to stop, but his headstrong girlfriend Liz won't let him quit. She blames Montgomery for getting her hooked on the succulent meat and refuses to curb her carnal urges.” If that doesn't sell you, I don’t know what will. Michael Louis Calvillo was a very talented author who, unfortunately, passed away after a lengthy battle with cancer in 2012. He lives on in his words, and his words are eternal. 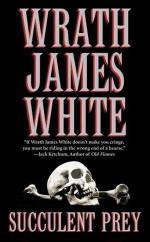 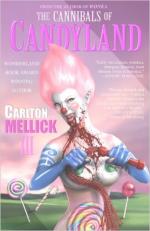 05. 'The Cannibals of Candyland' by Carlton Mellick III

Carlton Mellick III is a lunatic and in The Cannibals of Candyland he shows no exception to his insanity. Imagine a species made entirely out of candy. Now imagine that during the day, while you are at work, these candy creatures come out of their lollipop forest and eat your children. Imagine all that, and you still have no idea what the hell you’re getting yourself into by reading this book. 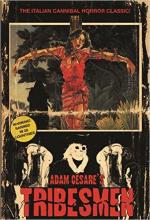 Cesare is a relatively new writer quickly making a strong name for himself in the horror scene. I reviewed his latest novel, Mercy House, on LitReactor a while back, and his older novels are just as good as his newest. Tribesmen might be Cesare’s most “known” work at the moment, but I imagine that will change as he continues to pump out high quality books. Out of all the novels listed in this article, Tribesmen is the most similar to Cannibal Holocaust. It is in fact a direct tribute. 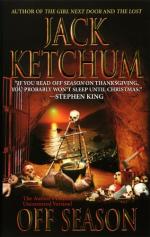 It’s the classic tale of someone vacationing in the woods which also happen to be the home of a family of inbred cannibals. It was also Jack Ketchum’s debut novel. If you don’t know who Jack Ketchum is, then don’t bother calling yourself a horror fan, because this man belongs in the Horror Hall of Fame. Off Season was slightly inspired by the real Sawney Bean, who you may or may not recognize as the vicious head of a 48-member cannibal clan. Wes Craven’s The Hills Have Eyes was inspired from the same clan. Read Off Season to satisfy your love of inbreds and cannibals. 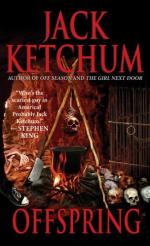 The sequel to Ketchum’s Off Season. Also a great read. Check this one out directly after finishing the first novel. 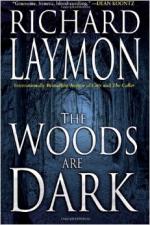 01. 'The Woods are Dark' by Richard Laymon

This is the novel that Laymon credited for basically destroying his publishing career in the United States (but not harming a rather successful run in the UK). Due to shitty editors, over fifty pages were removed from the first edition, which resulted in a sloppy final product. However, Cemetary Dance eventually reissued the book as it was meant to be read, and it’s a damn beauty. Like Ketchum, Laymon is a Horror Hall of Famer. If you want to learn the craft of writing horror, you study this man’s books. The Woods are Dark is a perfect example of great cannibal fiction.

BONUS BOOK: Dead Men by John C. Foster. I couldn’t bring myself to include this in the main list because I actually published this title through my own small press in July.* However, I’m not exactly in the habit of publishing bad books. Dead Men is Foster’s first novel, but it sure doesn’t feel like it. In it you will also find one of the most brutal and awesome cannibal scenes in the history of brutal and awesome cannibal scenes. Seriously, check it out.

*Plus, the editor probably wouldn't have allowed it. —Ed.

Okay, so what did I miss? Add your favorite cannibal books in the comments. To be honest, I was kind of bummed I couldn’t find a good one written by a woman to include in this list, so if you know of any, please educate us.

This is a fine list. The Ketchum novels are essential. Be sure to check out the Lucky McKee flick THE WOMAN for a "sequel" to the Ketchum books.

The Cannibal's Guide to Ethical Living by Mykle Hansen is fantastic.