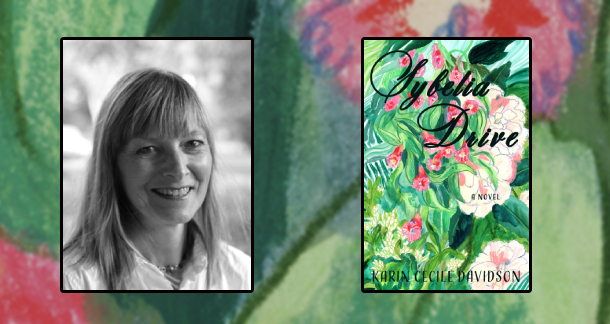 In 1987, living in Iowa City with no intention of even trying for the Writers’ Workshop, I read and wrote and worked at New Pioneer Co-op, bouncing from running a register to unloading back stock to fronting bottles of shampoo or restocking bottles of beer. In the five years since graduating college, I’d worked on Colorado River rafting trips in the Grand Canyon; on the Mississippi Queen—a paddlewheel boat loaded with passengers and crew that traveled the Mississippi River between New Orleans and St. Louis—as a uniformed member of housekeeping; on U.S. Army buses in Berlin as a tour guide for military personnel and their families; and at Sitka Sound Seafood in Alaska, cleaning salmon, butchering crabs, and boxing roe into little wooden crates all to the cranked soundtrack of the Talking Heads’s Stop Making Sense. After nearly a year working in a macrobiotic deli in Glen Cove, New York, all this wandering had stopped making sense. So I applied to graduate writing programs, received rejections from all of them, and moved to Iowa with my fiancé.

Throughout those years, I’d read almost any book that came my way, from Thackeray’s Vanity Fair and Flaubert’s Madame Bovary to histories of Berlin to Anton Chekhov, Albert Camus, Italo Calvino, T.H. White, Salman Rushdie, Roald Dahl, Lewis Carroll, Charles Dickens, and early on Hermann Hesse’s Siddharta, which ended up drowning in the Colorado River. All these men and their stories, arranged inside the typical architectures of how to tell a story, though, Calvino swerved beyond the typical.

It was in Iowa City, on a fiercely frigid and bright winter day, that Louise Erdrich’s Love Medicine allowed me to understand an altogether different meaning of structure. The chapters, which I’ve always considered interwoven stories, introduced an assembly of characters, while focusing on each individual’s desires, their interactions furthering the web of storylines caught within the central plot. All at once there existed incredible scope and an intricate kind of understanding in the pages. In several strokes in the first chapter, June is portrayed, beautifully detailed, and then just as quickly walks into a blizzard, vanished from the novel, except in the minds and memories of the forthcoming characters. Mesmerized, the freezing Iowa day pushing through the thin cottage windows, I leaned into the bitter winds of Love Medicine, the book’s ideas of structure slowly, eventually settling into my own writing.

...aren’t ruins, in their tangled vines and courtyards of rubble, more interesting than the order of little boxes on the hillside?

Twenty years later, in 2007, enrolled in Lesley University’s MFA Creative Writing Program, I read Michael Martone’s craft essay, “Ruining a Story,” which reintroduced structure in terms that I took hold of and began implementing in story revisions. Architecture, scaffolding, beams, foundation, roofline. I considered the possibilities of shape, pitch, and size, not to mention the materials. In short, build it, tear it down, build it again, retaining the imperfections that make a story compelling. Then allow the meanderings, wreckage, and randomness of these reconstructions to open up the story, to lead to an entirely new place. After all, aren’t ruins, in their tangled vines and courtyards of rubble, more interesting than the order of little boxes on the hillside?

Beyond my reading list of short novels, stories, poems, and more essays on craft, books called novels by their publishers and story collections by their authors called to me: Jennifer Egan’s A Visit from the Goon Squad, Elizabeth Strout’s Olive Kittredge, Joan Silber’s Ideas of Heaven. Like Erdrich’s Love Medicine, decades before, these books shook me awake, attentive to beginning, middle, and ending, but re-envisioned: deeply imagined and structured, torn down, and rebuilt. The foundation I’d known, the early years, all those men of letters, gave way and then gave in. Here were the women and the answers to questions I hadn’t even realized, though Love Medicine had shown me already. Structure could be intricately enabled and simultaneously complex, the sum of all its parts, able to shift and sway and still endure.

I wrote stories at this time which led to more stories, linked to previous ones in time, setting, tone, cast of characters, each drawn from a new perspective. “Karin,” my advisor Laurie Foos said to me, halfway through my years at Lesley. “You’re not writing stories. These are chapters. You’re writing a novel.” Her recognition of this process was more than admirable; she cared deeply about her students; she paid attention. And yet, I didn’t want to write a novel. I was a short story writer with no inclination to write novels. She said that was too bad because it was too late: I had already begun two novels. “Choose one and go with it,” she said, always encouraging. I refused, and then eventually, I didn’t.

Deep into the writing, I turned and tore it all down, and then rebuilt the words, repetitions dismantled, a stronger central storyline holding the individual pieces together, the novel slowly appearing. At first, I thought I’d created too steep an incline, insistent on keeping multiple viewpoints, and then I realized the time frame demanded them. Set in a small Florida lake town during the late 1960s and early 70s, Sybelia Drive provided a place for the multiple voices of the Vietnam War era. There was no chance of tearing the viewpoint down to one or two or even three voices. For this story, the entire community needed a chance, each singular voice allowed at least a moment with a few leading the way. The novel has found its way, through fellow writers’ keen readings and multiple revisions, the final one at a Studios of Key West residency; into the arms of the talented cover artist, Annie Russell, and the creative team at the small press, Braddock Avenue Books; and on toward an audience of readers who will hopefully find the characters and their intertwining stories as fragmented or full, as intimate or explosive as they need to be.

Somewhere in the maze of my 1980s wanderings, and inside the mess of writing material those years provided, I remember reading Flannery O’Connor’s stance on what it takes to be a writer. “About twenty years” stands out in my mind. And yes, in terms of practice and learning and lessons about structure, twenty years is just about right. I’ll always rely on other writers and their books to teach me more, but I can look back over the past thirty years with unending thanks to Iowa City and Erdrich on a bitter-cold day.

Get Sybelia Drive at Amazon

Karin Cecile Davidson's stories have been published in Five Points, The Massachusetts Review, Story Magazine, Colorado Review, The Los Angeles Review, Passages North, and elsewhere. She has an MFA from Lesley University and is the recipient of an Ohio Arts Council Residency at the Fine Arts Work Center in Provincetown, an Atlantic Center for the Arts Residency, a Studios of Key West Artist Residency, an Ohio Arts Council Individual Excellence Award, the Orlando Prize for Short Fiction, and the Waasmode Short Fiction Prize. Originally from the Gulf Coast, she now lives in Columbus, Ohio.