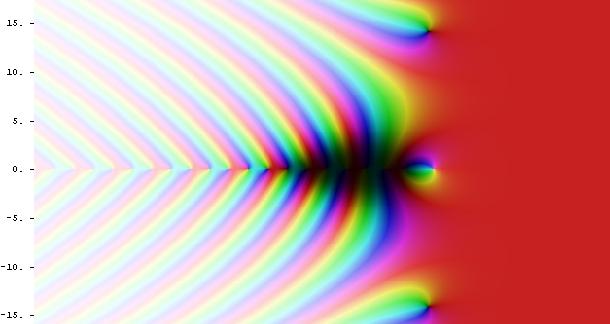 In honor of the most accurate Pi Day to occur during this century (3.1415), a list of mathematical books seemed only appropriate. For a subject that many writers are stereotypically shy of (at least, according to the New Yorker), it didn’t take very long to compile a list of titles that marry mathematical concepts with literature quite nicely. There’s a certain line of thinking which proposes the human brain is split neatly into two halves— the creative and the logical. These books prove that the theoretical war between the hemispheres of the brain is far less simplistic than left or right, sepia or full color. Our thoughts and talents are complex, capable of moving rapidly from one end of the spectrum to other and everywhere in between. 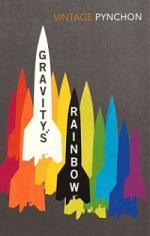 Whether you’ve read it or not, you’ve probably heard of this highly celebrated sci-fi classic by Pynchon. It’s always creeping into internet lists like the very one your eyeballs have landed on. While mathematics are arguably not central to the plot (plotlike thing?) of Gravity's Rainbow, they do have an important presence.

Pynchon's understanding of calculus and other mathematical constructs serves as a sort of backbone for many of his ideas. The Poisson distribution, for instance, is used to explain why no particular place in London is more safe against a bomb falling on it than any other. 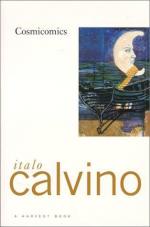 Philosophy, mathematics, dinosaurs, interstellar probes. Calvino's writing is difficult to explain, and almost impossible to place in a single genre. Cosmicomics is a series of short stories narrated by a being named Qfwfq, who has existed since before the beginning of the universe. There are no humans, and characters are made up of mathematical formulae or cellular structures.

The math in much of Calvino's work is hidden, but rest assured that it is there. For anyone interested in finding out more, Columbia University published a dissertation in 2013 on the subtle mathematics present in Calvino's Invisible Cities. 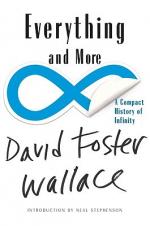 3. 'Everything and More: A Compact History of Infinity' by David Foster Wallace

Everything and More might be the most blatantly mathematical of Wallace’s works, but the influence of numerical logic is lurking in the pages of much of his writing. The structure of Infinite Jest was actually modeled on a type of triangular fractal called the Sierpinski Gasket. In 2003, he told The Boston Globe: “God has particular languages, and one of them is music and one of them is mathematics.”

A few things to know about Everything and More: it's David Foster Wallace, all the way through. If you enjoy his other writing, you'll probably enjoy this, math and all. That being said, this falls somewhere between an academic book and popular literary writing. Some mathematicians have questioned its technical merit, but if nothing else, readers might find DFW a palatable entry point to some of the ideas discussed within. 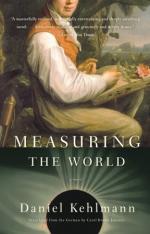 4. 'Measuring the World' by Daniel Kehlmann

Measuring the World by Austrian author Daniel Kehlmann is a loosely historical novel about the meeting of two key figures of the Enlightenment. Naturalist Alexander von Humboldt and mathematician Carl Friedrich Gauss are total opposites. The former has spent his life trotting the globe on adventures, while the latter is a cantankerous, reclusive wunderkind who proved that space is curved without leaving his house.

Both men have "measured the world" in a unique way, and the contrast between them makes for a fascinating character study. 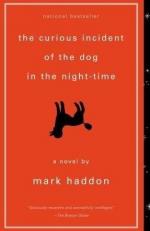 5. 'The Curious Incident of the Dog in the Night-Time' by Mark Haddon

The Curious Incident of the Dog in the Night-Time is less about math directly, and more about a mathematically gifted person. Autistic protagonist Christopher John Francis Boone sees the world very literally. His universe is one of numbers, and he loves logic as much as he loves animals. When his neighbor's dog is murdered, Christopher takes his cues from fictional logician Sherlock Holmes to find the culprit.

There are a number of books that follow similar themes of kids solving mathematical puzzles on a sort of journey; so many, in fact, that I couldn't mention them all as individual entries. I'd be remiss to leave out The Phantom Tollbooth by Norton Juster and The Number Devil by Hans Magnus Enzensberger. 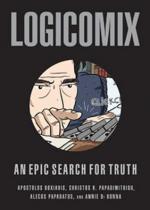 6. 'Logicomix: An Epic Search for Truth' by Apostolos Doxiadis and Christos H. Papadimitriou

This graphic novel follows philosopher, logician, political activist, and overall genius, Bertrand Russell, as he searches obsessively for the logical foundation of all mathematics. The graphic novel, written by a mathematician and a computer scientist, is both a biography and an explanation of some of Russell's theories.

To quote from the summary: “Logicomix is a story about the conflict between an ideal rationality and the unchanging, flawed fabric of reality.” 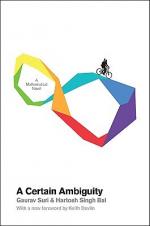 7. 'A Certain Ambiguity' by Gaurav Suri and Hartosh Singh Bal

A Certain Ambiguity is the tale of mathematician Vijay Sahni, who in 1919 must confront the limits of logical possibility. He faces imprisonment on a blasphemy charge in a small New Jersey town for his claim that mathematics can influence all areas of life— including religion. Over sixty years later, Sahni's grandson grapples with many of the same conflicts as an economics student at Stanford.

Themes of logic versus faith, the extent of human ability, and lots of Euclidean geometry make this book a good read to get the wheels in your head grinding. 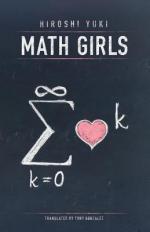 While David Foster Wallace used math to inform the structure of his writing, Hiroshi Yuki uses literature to subtly inform his readers about math. Enormously popular in Japan, Math Girls was first translated to English in 2011. The story follows the conversations of several high school students as they interact and, well, solve complex math problems. Much of the math included isn't what you'd necessarily learn in middle or high school, even though the characters are students themselves. Yuki has been credited with explaining deeper mathematics quite well in the context of a YA novel. Some of the concepts mentioned include the Riemann-Zeta function (featured in this article's header image) and Catalan numbers. 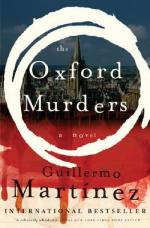 9. 'The Oxford Murders' by Guillermo Martinez

The Oxford Murders begins when a math student at Oxford finds his landlady, formerly part of the team that cracked the Enigma Code, dead. A cryptic note soon appears in the mailbox of logician Arthur Seldom, who is known for authoring a book on the mathematics of serial killers. You can probably guess at some of what happens from here: the math student and logician race to determine whether a series of crimes are random or the work of lunatic bent on testing the theories in Seldom's book (maybe writing a guide to the patterns of serial killers wasn't the best idea).

There are more numerical murder mysteries out there than you might think. If this list leaves you craving more, you can check out Pythagoras’ Revenge by Arturo Sangalli and Crimes and Mathdemeanors by Leith Hathout. 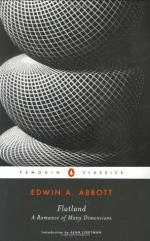 10. 'Flatland: A Romance of Many Dimensions' by Edwin A. Abbott

Authored by clergyman and Shakespeare scholar Edwin A. Abbott, Flatland is a unique commentary on Victorian society, told with the aid of mathematics and science. The story regards one resident of Flatland, A. Square, who sets off to travel through other dimensions. Flatland itself has only two (as the name implies) and while its men are polygons with any number of sides, the women are only ever composed of a single line segment. After journeying though Spaceland, Lineland, and Pointland, A. Square wishes to journey to a world of four dimensions; an idea which proves too far ahead of its time and facilitates his return to Flatland.

Flatland did not generate a great deal of discussion or interest upon its publication in 1884, but Abbott's novel enjoyed new success after Einstein's theory of relativity brought the concept of a fourth dimension to the attention of a wider audience.

There are way more examples of mathematical fiction and literary nonfiction than what fit neatly on this list. For further reading, check out:

Have your own favorites? Let us know in the comments.