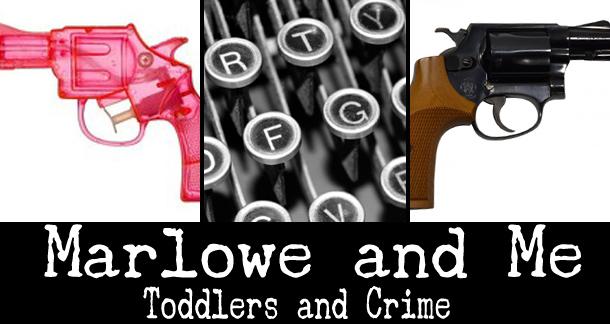 ­A few months ago, my son tried to run in front of a train because I wouldn’t let him play on a decommissioned backhoe. Granted, he wasn’t trying to end all of his two years in a fit of rage, just trying to get away from me as fast as possible. And, I should add for the sake of Social Services (and I’m starting to wonder if these columns make me sound like a horrible parent, which is diametrically opposite the point of them), I yoked him up within a few steps. But it still scared the crap out of me.

We’d gone downtown to drop off some books for the CityLit Festival and since we still had more time on the meter, I thought it’d be nice to walk around Mount Vernon, the neighborhood in mid-town Baltimore where I lived for a few years. A few blocks east was the ramshackle studio apartment where I’d stay up all night drinking Jameson and Guinness, smoking cigarettes, and banging out some abortion of a story on a Smith-Corona typewriter I scored at a pawnshop (yeah, I know, all I needed was a fedora and I’d have every box ticked, but I was only 23 and for the first time figuring out, in a creative sense, what I wanted to do, so cut me some slack. It’s like covering Nirvana before writing your own songs). Six blocks north was the coffee shop where my wife and I had coffee on our first date, the same place where Lt. Daniels and his wife debated her political career in The Wire. The whole neighborhood was covered in a low-lying fog of nostalgia, and while I wasn’t ignoring my son, I wasn’t focused on him 100%, either. The front-end loader was sitting there in the median walkway of Mount Royal Avenue—his version of heaven manifested in rusted steel and cracked rubber—and, well, you know the rest of the story from there.

While we walked, the adorable little maniac held my hand and jabbered on like a flock on a wire, but I couldn’t help wondering if my wife and I made the right decision in moving out of the city to raise our family. To be fair, our house is a half-mile from the city line and the fwap of ghetto birds circling the neighborhood with their searchlights still graces our sunsets during the summer, but after living in the city for the last ten years it feels pretty BFE. And walking through my old neighborhood, I was struck with that same gut-deep anxiety that comes every time I start a new book.

See, I’m not much of a spontaneous writer. This might be genetic—my father is a compulsive planner and my to-do lists, as well as the lists of to-do lists, are near legendary in my household. Or, it might be a product of trying to write two books a year while working two jobs while raising said feral child. Whatever the reason, I can’t write a book without having a pretty good outline so I know what comes next. In the narrative spectrum, I’m an unrepentant plotter, but I’ve always admired those seat-of-the-pantsers, the writers who start with a character and follow them in prose. They always talk about the sense of discovery they feel when writing, that they had no idea the milquetoast man would turn into a drug kingpin, and I envisioned it like watching a great TV show unfurling on the back of my skull. I tried that approach with one book, but eighty pages in found I had no idea what I was doing and couldn’t remember what the character was trying to achieve in the first place. That might’ve been a sign that the character wasn’t very developed, but I saw it as, “Get your ass back to the index cards.”

When I start a new project, I let it fester for a few weeks before committing anything to paper. Sometimes I’ll make little notes on scraps of paper or on my phone, but usually I figure that if it’s a good enough character tic, I’ll remember it. Once I have the vague shape of the story in my head, I start sketching things out in my Moleskine (one of the few vestiges of box-ticking I can’t get rid of) to get the major beats, an idea of what the characters are like and all the structural stuff. After the foundation is laid, I’ll start breaking down the scenes on index cards, figuring out what the character wants and how it will flow into the next scene. A lot of the details come in here, usually scribbled in my chicken-having-a-seizure handwriting, between the lines of an index card. Then I’ll keep the Moleskine handy for working out problems that require a few pages to explore. This is the basic approach I’ve always used, though it’s been refined over time and with the help of Craig Clevenger’s Contortionist’s Hotseat class from a few years back.

With the novel’s architecture built on index cards and stained napkins, I feel like I can let go once I get to the keyboard. I know which characters are going to pop up when, who has a bullet sneaking up behind them and who is using an alias. Because all of that stuff is planned out, my brain can run wild with description and dialogue—finding the most interesting way to get from the top of the index card to the bottom, secure in the knowledge that there will be a mostly cohesive story when I get to the end. In a sense, I have that feeling of discovery the pantsers have, and in the successive drafts I’ll frequently rework some elements of narrative based on some weird detail I come up with during the fever dream of first-drafts, but part of me always feels like I’m missing out on something. It’s analogous to pining for a coffee shop within walking distance or having a choice between Indian, Thai or pizza delivery as we had in the city. But I forget about circling my block for thirty minutes trying to find a parking spot, or dipping my cigarette filters in bleach to try to catch the fucker who keeps smashing my car windows and stealing only my smokes, or waking up still-drunk at 5:30 to find there’s a strange man in my apartment and fumbling for the butcher’s knife beneath my futon mattress. Sure, in the burbs it can be boring, but we still find dime-bags on our lawn from the hoppers and we’ve had two people ring the doorbell at 4 AM to ask if they could sit on our porch while they waited for their ride. I’ve traded my butcher’s knife for a fireplace poker and axe handle, my roach spray for a push lawnmower, but I’ve also traded my cardboard passenger windows for a turtle-shaped sandbox, my four deadbolts for a bug zapper.

I don’t know that I’ll ever be able to white-knuckle my narrator’s collar and let him drag my through the gutters of Baltimore, but I don’t know if that’s necessarily a bad thing. Maybe by having those small breaths within a dramatic construct still undefined, I can poke around in the ether and find something special, then string those moments together, tie them to the end of a train, and chase them until I collapse.

It's funny how nostalgia always airbrushes out the shit parts :)

Once, we were vacationing in the mountains of NC. My husband, kiddo and I tried to cross a section of the Blue Ride Parkway. We each held a hand of the small one.

As we crossed, a bunch of motorcycles came speeding around a curve. I tried to run one way, my husband the other. The kiddo got pulled between us. So then we both reversed.

Stuck there in the middle of the road, the motorcycles bearing down, I thought for a split second that we were going to die.

We didn't. (Phew!!) But your story of your son and the train brought me right back to that moment. The adrenaline. The terror. The "holy shit I might have just peed my pants" feeling once it was all over.

So...thanks? For that? Making me remember?

Regardless, always fun to learn how other writers write their books. All around fabulous post.

Thanks, guys. Appreciate the comments. Glad I could terrify you, Leah.

A good story, Nik, I dont notice that you start a story by telling your kid run across a rainway!

I hope you can write more good stories