March Madness: 8 Books That Will Mess With Your Head 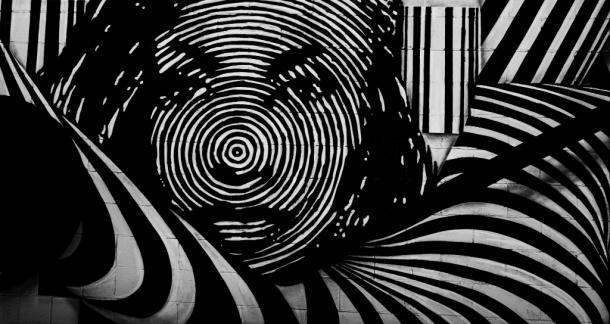 When I was in high school, I decided to take a Human Psychology class in place of a traditional Science class. About a week into instruction, I tripped out on the fact that my brain was literally learning about itself. It might have been because I often showed up to my 5th period class after taking a few hits off a joint at lunch, but I remember feeling like it was really weird for my brain to be studying... brains. Is that only weird to me?

My high school psychology teacher was an odd, short man with eyes that bulged in his sockets. He had gray hair that he pulled back into a tight, wispy ponytail. Not the coolest guy as far as appearances go, but man he made learning fun. This class was where I first learned about gaslighting, the difference between sociopaths and psychopaths, and narcissistic behaviors. It was fascinating. I looked forward to 5th period my entire Junior year and chose it as an elective for two semesters in order to keep taking it once the basic requirements were met.

The reason I bring it up is because I have always found psychological movies and books to be my absolute favorite genre next to "coming-of-age." I believe that this early exposure to the study of the mind and human behaviors set in motion a thirst for psychological drama that will never quite be quenched.

With the release of the new mini series Behind Her Eyes, based on the best-selling novel by Sarah Pinborough, I thought it would be timely to make a list of recommendations if you are enjoying the Netflix original. 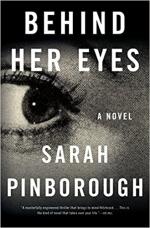 1. "Behind Her Eyes" by Sarah Pinborough

If you've watched and enjoyed the mini series Behind Her Eyes on Netflix, you have to read the book! Oftentimes, the book will provide a different experience by filling in some of the details that might have been missed on the screen. In this case, the inner dialog of the three main protagonists offers a lot of insight.

Get Behind Her Eyes at Bookshop or Amazon 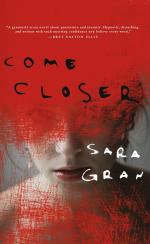 If Behind Her Eyes is horror adjacent, Come Closer lands more squarely on the nose. A compelling drama unfolds when a married woman begins to suspect she might be possessed by a demon. The quickening pace and urgency builds to a boiling point, making this book impossible to put away for the night, so don't read alone before bed!

Get Come Closer at Bookshop or Amazon 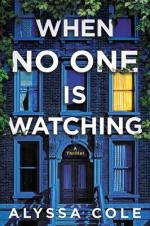 3. "When No One Is Watching" by Alyssa Cole

Sydney begins to suspect that her neighborhood is suffering the effects of gentrification. She joins a private group chat recommended by a neighbor and sees some questionable behaviors from the people she lives next to. Readers will embark on an emotional rollercoaster as Sydney gets closer and closer to the truth. This book is unsettling from the word go. Super relevant to today's conversations about systemic racism.

Get When No One Is Watching at Bookshop or Amazon 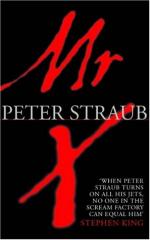 I love recommending Peter Straub books. I don't think near enough modern-day horror fans have read their fair share, if any! It's almost like Stephen King gets all the glory for being the gateway drug, but the reality of the situation is that most readers who cut their teeth on King, also read Straub. Mr. X is a riveting mystery with deep psychological elements about a man plagued by annual visions of a grisly murder.

Get Mr. X at Bookshop or Amazon 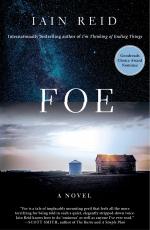 As a followup to Reid's breakout success, I'm Thinking of Ending Things, which also became a Netflix Original, Foe is an equally suspenseful tale. The awesome thing about both of Reid's books is that the stories come at readers from a blindside that is impossible to see coming. Foe is literally a book where the questions never stop coming and the answers seem just out of reach, but ultimately you know that the ending will deliver. And it does.

Get Foe at Bookshop or Amazon 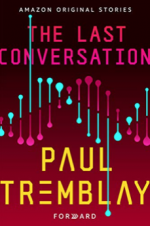 6. "The Last Conversation" by Paul Tremblay

YOU wake up in a strange room feeling disoriented and unsure of who you are or what you're doing in this laboratory-like environment. A woman initiates a conversation with you through a speaker in the room. From this point on, Paul Tremblay stitches together a strange and subtly unsettling story piece by piece as "you" slowly start to remember the events leading up to your present-day situation. As I was reading it, I felt like I was involved in a Black Mirror episode—an unwavering sense of dread as I drew closer and closer to the conclusion.

Get You at Amazon 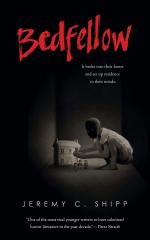 A mysterious stranger invites himself into a family's home late at night and each family member has a different reaction to their odd guest. Readers will find themselves immersed in a hotbed of emotions: Anxiety, frustration, annoyance, and an overwhelming desire to JUST. SEE. WHAT. HAPPENS. I dare anyone to pick this up and not finish it one sitting and then not tweet: What the fuck did I just read?

Get Bedfellow at Bookshop or Amazon 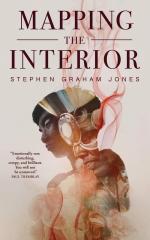 Do I take absolutely every opportunity to recommend Stephen Graham Jones? Probably. With the success of The Only Good Indians in 2020 and a new book on the very near horizon, My Heart Is A Chainsaw, readers should know that Mapping the Interior is every bit the compelling, psychological drama you desire. A young boy troubled by the death of his father becomes fixated on mapping out the footprint of their home in an attempt to retrace the movements of his dad's ghost, which he encountered while sleepwalking. Gripping, emotional, suspenseful.

Get Mapping the Interior at Bookshop or Amazon

The best thing about all 8 of these books is that no bookmarks are required. If you decide to take me up on any of these recommendations, you should make sure you have carved out a few hours of your "adulting time" in order to sit in one place and read them cover to cover. That's the joy of a good psychological thriller. Enjoy!