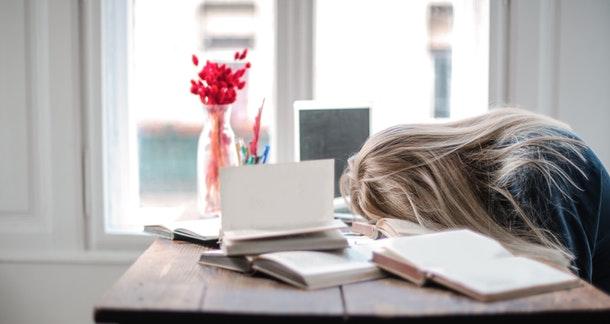 March is the best month for giving up on New Year’s resolutions. Some of us quit sooner, but this is the month most people drop the pretense of meeting goals made in the heady days between Christmas and New Year’s.

As writers, we have additional challenges with meeting our yearly goals. Writerly pursuits present all sorts of obstacles under the best of conditions. In addition to typical self-improvement goals, writers create a whole list of goals related to their craft. Maybe this year you challenged yourself to finally finish that stubborn book series. Maybe you planned to publish more books this trip around the sun. You might have created a steep daily wordcount for yourself. But even with your best efforts in January and February, you have found yourself impossibly behind in March.

Even though this is the prime quitting month for resolutions both big and small, I’d like to take a moment to make the argument for restarting instead.

It’s Not That You Haven’t Tried

People don’t quit in March because it’s the first time they have failed. By this point, a well-meaning writer or a hardworking dieter has fallen short and restarted many times. They have already fallen off pace and caught back up. Now, as March rolls by, they have fallen really far behind and are despaired at ever catching up again.

It might be hard to convince yourself to start over at this point, but it might be worth it, if you can set up the right “restart” mindset.

The Scope of Your Goals May Be Too Big, But That’s Okay

We tend to be really bold before we start. We want our goals to be impressive. If you dream really small, you run the risk of someone looking down their nose at your tiny little goals. So, we go big!

Our goals should be for us and not other people. It’s good to have accountability. A group of writers all going after their goals together can be motivating, to an extent. I share my yearly writing goals with the Mando Method Podcast. I follow along with the hosts and other listeners as they strive to reach theirs. Still, success is unique to the individual, so might as well make our goals realistic.

Even if you overreached, it doesn’t mean you have to give up. Think of your progress as just that: progress. Imagine a progress bar charging up, one that may eventually reach 100%, rather than looking at it like a final grade. In baseball, a 30 to 40% batting average is considered solid. In American public schools, a grade of 70% is often barely passing. The perspective defines the failure, and that’s what so often leads to quitting in March.

If it’s the progress and practice that really count, then as long as you don’t quit now, you haven’t truly failed.

A Couple Early Successes Before Bogging Down

Another common pattern for writers and their resolutions is to achieve a few quick successes early on then fizzle out. You start off strong and check a few hard-fought items off your list, but you lack the stamina for the long haul and steeper goals.

Recognizing this, you need to reset your pace so that the loftier goals on your list can be tackled going forward.

Wordcount goals in particular can be brutal. I’m not a fan of them, but I do use them to a certain extent. There aren’t many other effective ways to mark writing progress. Daily or weekly wordcount goals lend themselves to occasional shortfalls. If each of these represent failures in your mind, no wonder you feel like quitting in March.

A daily shortfall or a partial success in a particular week is not the same as quitting on your goals, though. You’re still making progress. These small failures only become a real failure the moment you quit. Until then, they are just steps along a journey to an ultimate goal.

March is a Better Time to Start Anyway

It’s weird that we make our goals in a time period so unlike the rest of the year. December is a bizarre month, even if you are working your “normal” schedule. We make resolutions during this odd period that require follow-through when life goes back to normal, or as in recent years, a "new" normal.

No matter how your year has gone, March might be a better time to make goals. Many of the year's new challenges have already revealed themselves at this point. From there, you have a more realistic view of what it will take to reach a scheduled goal than you did on January 1st. So, if you are having to restart your efforts, now is a great time to do that.

A more realistic way to approach New Year’s resolutions would be to set preliminary goals at the start of the year. Use January and February as a trial period. Once you have proper data, you then revaluate the goals, adjust them, maybe drop one, pick up another, change your strategies, and set your real goals for the remaining ten months.

I tend to set health and fitness goals most years. This year, I had a heart attack on January 12th. I entered cardiac rehab, so my exercise plan involves wearing a heart monitor while working out in a hospital 3 days a week. 3 out of every 4 people experience depression after a cardiac episode. 1 in 5 are susceptible to long-term depression following these events. I'm showing signs of being in that category. None of these factors were involved in my goal setting at the start of the year. It doesn't mean I have to abandon all my goals, but it does mean my health and fitness goals have shifted. It's better for me to address and embrace that shift based on the new data about my personal challenges instead of just declaring the original goal a failure.

The Finish Line Feels Far Away

No matter how big or small your goals are, the path to complete them stretches out ahead of you. During the early days it often feels like you’re going through the motions with only the smallest progress to show for all your hard work. The finish line is still so far away that you can’t even see it. This is the time when you need to put your head down and focus on smaller tasks that will lead you step by step to where you are going. Looking at the whole journey at this stage makes it seem impossible, making quitting feel like the only reasonable choice you have.

The Goal Isn’t Really the Goal

This may seem counter-intuitive, but the goal itself isn’t really the point. People often ask, “What’s the point of making a goal if you’re never going to reach it?” Well, typically the long-term reward is creating habits that make it easier for you to hold onto the progress you achieve. The number of times you reach your wordcount goal isn’t as significant as the habit of daily writing. The act of publishing a novel isn’t as significant as proving to yourself that you can write one. Losing the weight is important, but maintaining the habits that keep you from putting it back on is better. Running the 5k or the half marathon is a good achievement, but it was all the days, weeks, and months of exercise and training leading up to that singular event that carry the long-term benefit. Falling short of your goal of reading 50 books might leave you feeling low, but the fact that you read 35 books added something to your life you wouldn’t have gotten if you’d never pursued the goal in the first place.

March is a great month for quitting. Everyone does it. It’s an even better month for starting again… again. I know by this point you’ve already fallen short, caught up, fallen short again, and now you’re impossibly behind. Quitting feels like the safest choice emotionally. You’ve probably done this with resolutions many times before, so you’re used to it. This year doesn’t have to be the same though.

Reset your goals so that today is the starting point. Scale them back to something more realistic to where you are now. Is that cheating? Who says so? No one that matters to your personal growth. You can also keep the goals you have, but reset your approach so that past failures and restarts remain in the past. If it’s the progress and practice that really count, then as long as you don’t quit now, you haven’t truly failed.