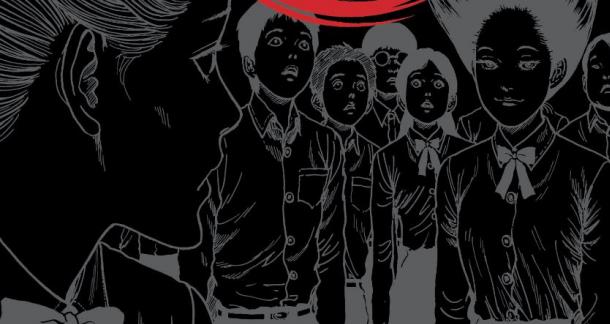 It's October and that means I'm back with a horror edition of Manga for Beginners.

In general, when I think of Japanese media and horror, ghosts (Ringu, Ju-on,Dark Water) and extreme violence (Ichi the Killer, Audition) come to mind. While both work well in film/television, I wasn't as confident that I'd find great horror manga.

I sat in on a stellar panel this past summer at NECON about horror in comics. Author Joe Hill brought up the point that so much of what scares us in movies/television is the use of sound, and its absence in comics makes it much more difficult to scare the reader. As a person who is very much affected by sound when it comes to scares, I agree with this statement. I can probably count on one hand the number times I've been scared by books.

So! With that in mind, I set out to tackle a wide variety of manga for this month: 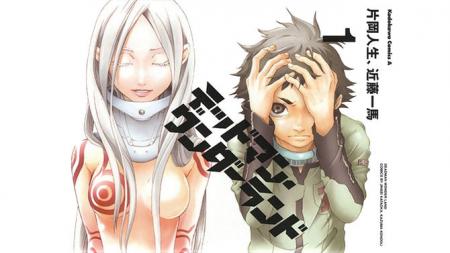 What I Didn't Love

PERSONA 3 and DEVIL SURVIVOR,  both video game adaptations (the latter of which is a sort-of adult demon-summoning end-of-the-world Pokemon…which might sound cool, but doesn't pull it off), were severely lacking in depth and just didn't pull me in.

DEADMAN WONDERLAND kicks off with the brutal slaughter of a classroom of students, leaving the sole survivor framed with the murder and sent off to a prison setup for entertainment. The manga features a really interesting premise, but I couldn't tell where it was going or understand the players by the end of the first volume.

JOJO's BIZARRE ADVENTURES was a tough nut to crack. It's one of the longest running mangas (and anime adaptations) with a HUGE following, but I had a difficult time getting into the first volume. It's very over-the-top muscle '80s (the creator even mentions Schwarzenegger and Stallone as influences). That said, I've been told that later arcs, which you can skip to without knowledge of the first, are ridiculous horror/adventure stories, so I plan to give it another shot.

Now I know what you're thinking…the scene is pretty bleak right? Well, I've got two must-reads coming to the rescue in the form of Junji Ito's UZUMAKI and Kengo Hanazawa's I AM A HERO. 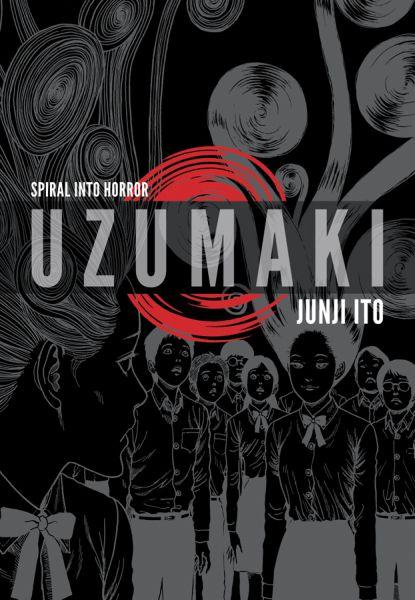 I've been aware of Junji Ito's work for years. He's a mainstay on best-of lists and recommendations from friends. VIZ Media's recent lovely hardback reprints of Uzumaki and Gyo are reason enough to check out his work. Body horror gets underneath my skin more than anything else when it comes to horror. It just straight-up bothers the hell out of me…and of course, Ito is considered to be the master.

I picked up Gyo, flipped through it and put it right back thinking, Uzumaki will be less disturbing…right?

Well, it turns out, probably wrong. From what I gather, Gyo is over-the-top, wild and bizarre (fish with bug legs…a lot of bug...things) while Uzumaki is set in a coastal town where the normal becomes twisted. To steal from a quote recently shared by fellow LitReactor scribe:

True horror, you see, comes not from the savagery of the unexpected, but from the comfort of everyday objects, spaces.

This perfectly describes Uzumaki, as the town of Kurouzu-cho becomes cursed or haunted by the spiral pattern. Structured as sort of a 'manga-in-stories,' Uzumaki follows the inhabitants of the town from haunting obsession to the unexplainable and inconceivably bizarre as reality crumbles around them. The comic medium is perfect for this type of horror as it forces the reader to slowly examine the grotesque transformation. No shots flash by; there are no cutaways. But I wouldn't say it is overreaching in its violence or gore, either. More that the body horror exhibited within works to greatly enhance the overall creepy and disturbing events throughout the book. Fascinating stuff and highly recommended. This one is going to stick with me. 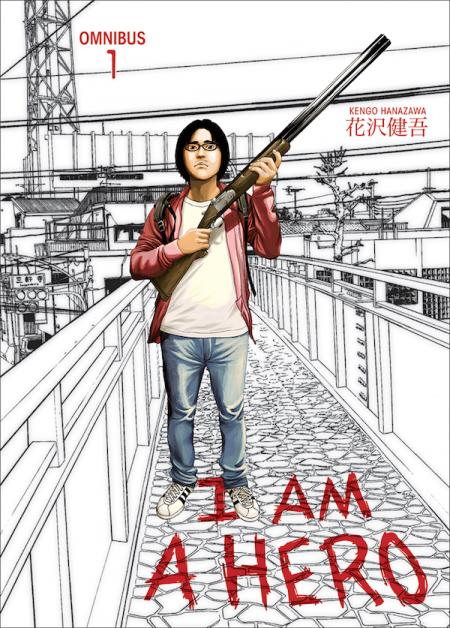 Now for something TOTALLY different. Another aspect of horror that comics handle very well is comedy. Enter, I Am A Hero. Kengo Hanazawa's epic was recently introduced to America (Omnibus volumes 1 and 2 have been published by Dark Horse as of this writing) and it's still going strong in Japan. The story follows "mentally unhinged" manga artist Hideo as a zombie outbreak hits Tokyo. I know what you're thinking…zombies, again??

I'm totally with you. BUT, I Am A Hero is like a Japanese horror-comedy in the vein of Shaun of the Dead. Hideo is an unlikeable character whose weird and bizarre quirks (many resulting from fear of failure in every aspect of his life) bring non-stop dry humor that only picks up once the zombies appear on the scene (which does take a while, though that didn't bother me). And the artwork! Hanazawa's work is extremely detailed, especially for a book that comes out on a weekly basis in Japan.

So there you have it, folks. Whether you want to be horrified or made to laugh out loud, manga has your perfect October read covered.