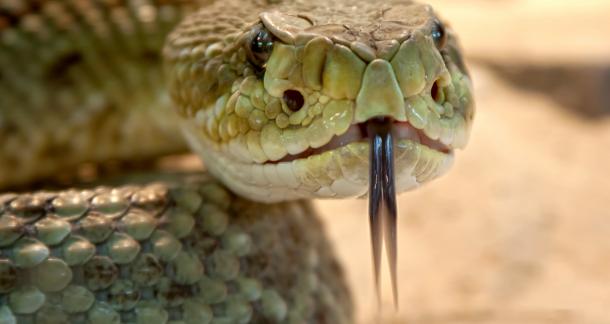 When’s the last time one of your characters told a lie? A small one or a big one, doesn’t matter.

Lies are an under-used facet of real-life interaction that don’t get enough play in fiction. Characters telling too much truth too much of the time makes for some very boring, very rote storytelling.

These are some of my favorite lie types, but by no means are they all of the types. Just something to get you thinking.

Who's more interesting, Thor or Loki? Of course it's Loki. Because he's not going to do what you think. He's devious and deceptive. He's a liar.

A lie adds nuance to your character's perfect status. If your character tells a lie, and if that lie makes it harder to love them, you've just set up something more interesting, more dynamic, and more real.

Think about the most complicated relationships in your life. The people who you love, but damn it, they don't make it easy. Think about adding that sort of imperfection to your characters.

Don’t believe the hype. Lies, rather than damaging a character, can make them more sympathetic.

When we're stuck in a story and we reach for our writing tools, plot and dialogue are usually the closest to hand.

But there are other ways to break the story, shake things up and get them moving again. One that I’ll suggest is a lie.

If you’re stuck, ask yourself, What’s the worst, most interesting, most world-shattering lie one of these characters could tell right now? What would that do? Where might that take me?

Writers are afraid lies will always make a character unsympathetic. Don’t believe the hype. Lies, rather than damaging a character, can make them more sympathetic.

Think of Michael Scott from The Office. He lies all the time, but the lies are in service of his desperate need to be loved. He wants to be loved so badly that he’s willing to go way too far. Yet, when you think about that character, do you think of him as a liar? Would “liar” be in your top 5 adjectives to describe him? No way. Because he’s not lying for the sake of lying or to be malicious. He’s lying in pursuit of his goal, and because his goal is sympathetic, the lies don’t outweigh his goodness.

A lie, rather than damaging your character and hiding their true intentions, can be a way for a character to roll over and expose their soft belly.

In Flannery O’Connor’s "The River," a little boy tells a lie that sets the entire story on its course. It’s a small, realistic moment, a little kid telling a lie, and it serves to give us a quick insight to the kid’s age, demeanor, and intelligence.

Think how your stories might be different if you threw yourself off balance once in a while. 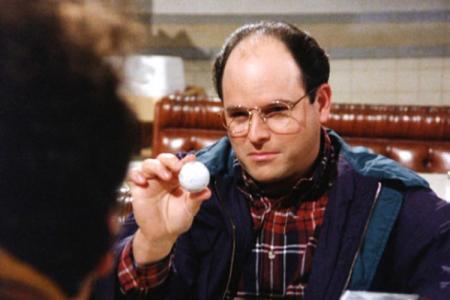 Seinfeld did this a lot. George tells a lie, that he’s a marine biologist, and then something happens that forces him to change the world and fulfill the lie as though it were true (like, say, saving a beached whale with a golf ball in its blowhole).

This is a sitcom staple, from Seinfeld's golf balls to the Simpsons and their “steamed hams.” It works in drama too. The lie about someone playing the hard man, someone playing rich, someone playing at being something they aren’t and then scrambling to make the lie true in order to save face.

Characters can do some very interesting things when they're desperate.

There’s an episode of Curb Your Enthusiasm where Larry doesn’t want to go to a party. So what he does is pretend he thought the party was Wednesday when it was really on Tuesday, going so far as to show up to the party house on Wednesday, acting like he's prepared for a big party. He figures that he'll show up, he's off the hook for not coming to the party, and he'll also be able to take off after only being there a short time. Of course it backfires on him.

This type of lie is really appealing. It’s watching a plan come together, and it’s up to you whether the plan holds together or falls apart. Either way, you’ve got a story on your hands.

Two characters are on a first date. Dater A has a sack of jellybeans, but she picks out the licorice ones because she hates them. She says, “I always swore the perfect person would be someone who eats the licorice jellybeans so I don't have to throw them away.”

At this point, we could go into Dater B’s head. We could write some stuff about how he’s really falling for Dater A, how he’s thinking wedding bells, blah, blah, blah.

Or, Dater B dives in, eating the licorice jellybeans, struggling to put them down while keeping a straight face.

This way, you get to talk about Dater B’s physical sensation. His body rejecting the vile beans. His gagging, his trying to hide his gagging, his remembering when he tried to put down whiskey for the first time. And through all this, we know that Dater B likes Dater A quite a bit, despite Dater B never saying a word about it.

There are lots of other lies, and in fact, one of the best conversational tricks I've come up with is to ask people about the best lie they've ever told. Or the worst, or the most significant. Whatever, point being, almost everybody's got one, and almost all of them are pretty good stories.

What's yours? Comment below. If we get 3 or more, I'll tell a pretty good one.