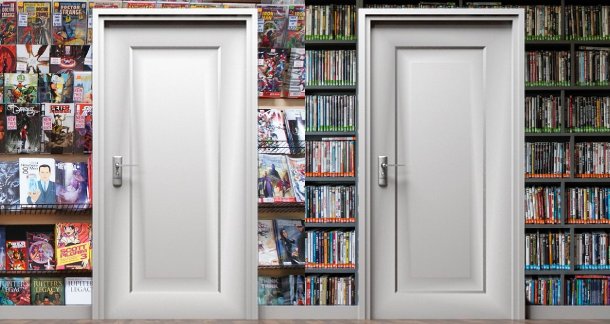 Let’s say a genie showed up.

Hey, you rubbed a lamp, what did you expect? You can’t just go around rubbing on lamps and expect nothing to happen.

This genie kind of sucks at his job, or maybe he misunderstood the training, so instead of wishes, he gives you a choice:

“You can have one of these two things for the rest of your life, and the other will go away forever: comic books or comic book movies. Now CHOOSE!”

I guess the genie got the part of the training where you say “Now CHOOSE!” in a scary voice, probably a key element of genie-ing.

I’d pick comic books over comic book movies. Easy. I wouldn’t even have to think that hard about it. 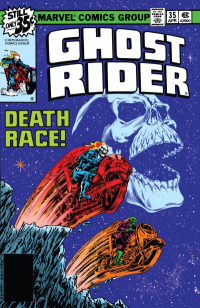 Comic books give you the thrill of finding hidden treasures in those piles and piles of funnybooks.

You might read a couple years of Ghost Rider issues and find very little beyond the character's cool look, but then you hit issue 35 and Ghost Rider has a three-stage motorcycle race with DEATH for three different prizes, three different souls. It’s great.

With the movies, there’s no joy of tripping over something great. There’s no chance you’re going to watch one of these and have your expectations absolutely blown away. There’s no gamble. The risk/reward ratio is always the same (unless you watch Elektra. Wowzers).

With comic books, it’s always possible, even after decades of reading comics, that you’ll fall into something incredible.

In Punisher: Intruder, Frank Castle is captured, and they torture him, slip a plastic bag over his head.

A plastic bag full of pee.

Say what you will about Multiverses of Madness blowing your mind, none of those many multiverses have anything as out there as drowning a guy, on dry land, in a bag full of pee.

Reading comics gives you wilder experiences than movies are willing to. The books can be repellent. They can go too far.

And in being able to go too far, they're able to walk the line and, sometimes, go just far enough.

Wait, yes, I AM saying that. Put a pee bag on someone’s head, you cowards! (one of) The people demand it!

Comic book movies are part of the monoculture. These are the top-grossing movies of all time, there’s nothing to argue about here, right?

Because of the movies, you can walk into Target and buy a Spider-Man t-shirt, a Spider-Man action figure, Spider-Man fruit snacks, all right there on the shelf, but you can’t buy the latest issue of Amazing Spider-Man.

Being part of the monoculture is inescapable. You've got no choice, and my advice is to just enjoy the ride. See a Marvel movie. Why not? They're fun.

Being part of a subculture is an opportunity that only comes around here and there, and it's an opportunity you have to grab. Comic books are one of those rare opportunities. Read Chip Zdarsky's Spectacular Spider-Man 310. Trust me, you don't need to know anything about Spider-Man other than what you already know, it's heartfelt, it's fun, and it's the perfect passageway from the monoculture and into the subculture.

Their History is More Interesting

Why are there so many apes in the DC Comics universe?

I edited a comic called Strange Adventures, which normally sold pretty well, and then one day the editorial director (Irwin Donenfeld) came in and asked "What happened to Strange Aventures?" "Why?" I inquired. "Why? Because it had a tremendous sale, that's why!" So we decided to look at the cover for a clue to it's success... Well, it must have been that this idea — a gorilla who was once a man, pleading with his girlfriend to help him out of this horrendous situation — appealed to our readers. They wanted to know how such a thing could possibly happen and what could be done about it. We decided that the magazine sold well because a gorilla was acting like a human being. So we decided to try it again... and every time we tried it, it sold fantastically well, with sales shooting sky high!

There are countless little stories like this in the history of comic books. The Spider-Mobile. Stan Lee's version of Burt Reynolds' nude photo spread.

With movies, you get a little story here and there, but it mostly looks like press junket boredom, actors pre-loaded with cute anecdotes to share 35 times in 2 hours until their heads are about set to explode.

Comic Books Can Be Complicated To Love 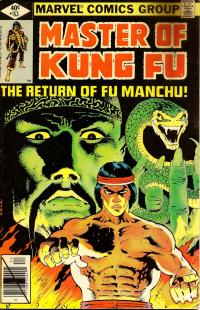 When the Shang-Chi movie came out, you could read all about the comic book's racist origins, especially with the character's father, Fu Manchu, and the ways those things would be scrubbed from the movie (which was the right choice).

The book has racist nonsense, and it has some interesting stuff, too. Shang-Chi is more like James Bond than he is like Bruce Lee. He has complicated romantic relationships. Shang-Chi has to choose a path that pits him against his own father, who he was raised to believe would save the world.

Looking at troubling things and deciding whether or not you can love them despite their flaws is...complicated. And I think, for media savvy adults, looking at complicated things is good.

It's good exercise. You can see how these things make you feel before being confronted by them in real life.

It teaches you to look at fiction in a more complex way than a simple "this is bad/this is good" binary.

You ask yourself questions like, "Does this do enough good to justify the bad? Is that possible?"

And this isn't an experience you can really have with a comic book movie.

Comic Books Teach You to Get Over It

Spider-Man 3 is considered a famously bad comic book movie, and that's probably a little unfair, but people are still, to this day, bashing on Spidey 3. And Batman & Robin. And, to a lesser extent, Daredevil. 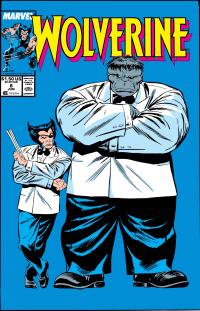 With comics, you sort of expect bad stories to crop up. Captain America was a werewolf. "Clone Saga" still sets my Spidey Sense a tinglin'. The Hulk was grey and smart and worked at a casino. Punisher came back from the dead as a Frankenstein? An angel? I don't know, as a thing, occasionally with a very manga art style.

And, sure, when you read these storylines, you start googling to see which comic book writers have since admitted to using a lot of psychedelics in their heyday.

The difference between the bad movies and the bad comics is that you get over the bad comics pretty quickly. Because there's another one just down the road. It's not a multi-hundred-million-dollar affair that'll involve a huge undertaking. It's another 20-some pages and 30 days away.

The faster we can get over it and move on, the better. Comics teach us how to do that.

Movies let us revel in the bad, beat the dead horse into pulp and powder.

So, if you hated this column, my advice is to grab a couple comics that are worse, read those, and get over it. I might recommend...Marvel's Secret Wars. Partially because it stinks, but partially because, not-so-secretly, I love it.

Get Ducks: Two Years in the Oil Sands by Kate Beaton at Bookshop or Amazon

Get Secret Wars by Jim Shooter at Bookshop or Amazon