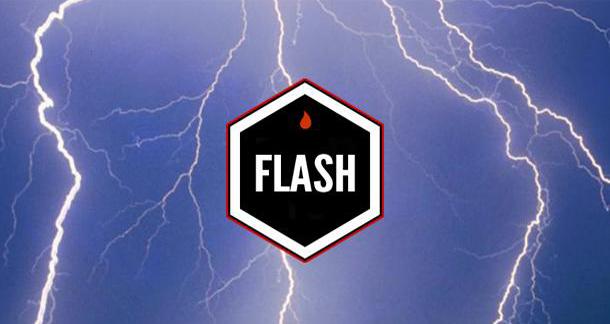 We are excited to offer a copy of Chuck Palahniuk's upcoming novel Beautiful You, which is coming out October 21st.

"A billion husbands are about to be replaced."

From the author of Fight Club, the classic portrait of the damaged contemporary male psyche, now comes this novel about the apocalyptic marketing possibilities of female pleasure. Sisters will be doing it for themselves. And doing it. And doing it. And doing it some more . . . Penny Harrigan is a low-level associate in a big Manhattan law firm with an apartment in Queens and no love life at all. So it comes as a great shock when she finds herself invited to dinner by one C. Linus Maxwell, aka "Climax-Well," a software mega-billionaire and lover of the most gorgeous and accomplished women on earth. After dining at Manhattan's most exclusive restaurant, he whisks Penny off to a hotel suite in Paris, where he proceeds, notebook in hand, to bring her to previously undreamed-of heights of orgasmic pleasure for days on end. What's not to like? This: Penny discovers that she is a test subject for the final development of a line of sex toys to be marketed in a nationwide chain of boutiques called Beautiful You. So potent and effective are these devices that women by the millions line up outside the stores on opening day and then lock themselves in their room with them and stop coming out. Except for batteries. Maxwell's plan for erotically enabled world domination must be stopped. But how?

Let's take our inspiration from Mr. P, and write tales of WORLD DOMINATION. Channel your inner-Dr.Evil (or other favorite super villian), and tell us tales of how you plan to TAKE OVER THE WORLD.

And the Winners Are...A.M. Mahoney, Lynn Diane Smith, and nanderson993

I am excited to announce that we have 3 WINNERS this month! We had extra copies and such a great participation rate on this month's contest that we decided to spread the love. I'm also excited that the three winners are all relatively new to LitReactor. Not that I'm slighting you awesome LitReactor vets, like myself, who love and promote this site all the time, but I'm sure you will join me in welcoming some new blood and congratulating them all on their excellent tales of WORLD DOMINATION!!!

A one-off solar storm was enough to undo their world. 20 light years away, they were at our mercy. Inhabitants of Gliese 581g needed to know: would Rachel choose Ross?

"Wasn't it Hitler who said, 'He alone who owns the youth, gains the future'?"
"I don't know who said it, but I've done it," said Mr. Zuckerberg.

How To Take Over the World in One Easy Step

Mike is slicing a lettuce when the voice whispers:
You are a slave.
You are obedient.
You shall follow.
Voices started after he bought all those indoor plants.

I found a love so pure

it runs through my veins-

my little slice of world domination.

And as the last human falls at my feet, the silence overwhelms me. Finally I have my peace.

I never understood the desire to rule the world.  I'm just not interested. I don't want that kind of responsibility.

Honestly, who has the time?

I look down upon the masses. Rows and rows of upturned faces. Saying nothing, I smile. Just smile. Continue to smile. Progressively unnerved, they stare. Frown. Ponder. Finally, they obey.

Kitty laced up her long, black boots. Leather, size 7. 8" heels. Today it ends with Russia - Vlad the Impaler - aka Mitchell Grandt, waiting for The Rack and Whip.


I remember the stars. A promise shattered by the arrival of the overlords. I’m but a slave. I require retribution. I grab a rock. May it crush my enemies’ exoskeleton.

They will never awaken. Nightmares will forever haunt them, and I the controller of dreams. To rule is to be remembered. To be feared. I will never be forgotten. Always feared.

In art class, he sketched a globe and then ruled a line beneath it.

Lynne Diane Smith from California is reading The Rise of the House of McNally October 11, 2014 - 9:54am

"Wasn't it Hitler who said, 'He alone who owns the youth, gains the future'?"

Start small. Stabilize war torn regions through further violence and terror. Expand outward. Once half the world is mine, flank America. Squeeze. Subjugate everyone while trusting no one. Rule until death.

A one-off solar storm was enough to undo their world. 20 light years away, they were at our mercy. Inhabitants of Gliese 581g needed to know: would Rachel choose Ross?

Rome Was Built in a Word.

Thirty-one or thirty-thousand—
It’s the first word that conquers.

Land of the Free

“You’re asking people to fight something that doesn’t exist.”

“You’re beginning to sound unpatriotic,” he said as his lip curled.