Here's a teaser from the introduction: by Cheryl Lu-Lien Tan:

Say Singapore to anyone and you'll likely hear one of a few words: Caning. Fines. Chewing gum.

For much of the West, the narrative of Singapore--a modern Southeast Asian city-state perched on an island on the tip of the Malay Peninsula--has been marked largely by its government's strict laws and unwavering enforcement of them...As much as I understand these outside viewpoints, I have always lamented that the quirky and dark complexities of my native country's culture rarely seem to make it past its borders...

Beneath its sparkling veneer is a country teeming with shadows...And its stories remain. The rich stories that attracted literary lions W. Somerset Maugham and Rudyard Kipling to hold court at the Raffles Hotel (where the Singapore Sling was created) are still sprinkled throughout its neighborhoods. And in the following pages, you'll get the chance to discover some of them...

You'll find stories from some of the best contemporary writers in Singapore--three of them winners of the Singapore Literature Prize, essentially the country's Pulitzer: Simon Tay, writing as Donald Tee Quee Ho, tells the story of a hard-boiled detective who inadvertently wends his way into the underbelly of organized crime, Colin Cheong shows us a surprising side to the country's ubiquitous cheerful 'taxi uncle,' while Suchen Christine Lim spins a wistful tale of a Chinese temple medium whose past resurges to haunt her...

As for mine, I chose a setting close to my heart--the kelongs, or old fisheries on stilts, that once dotted the waters of Singapore but are gradually disappearing. I have a deep sense of romance about these kelongs, along with the many other settings, characters, nuances, and quirks that you’ll see in these stories. They're intense, inky, nebulous. There is evil, sadness, a foreboding. And liars, cheaters, the valiant abound.

This is a Singapore rarely explored in Western literature--until now. No Disneyland here; but there is a death penalty. 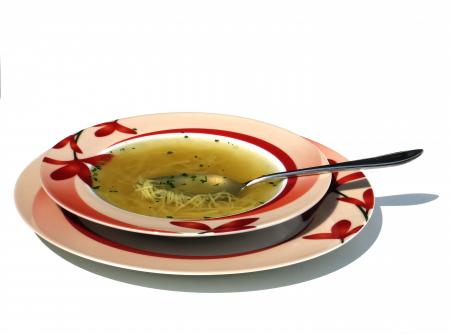 Apparently, January is National Soup Month, and considering how cold it is in many parts of the world during this time of year, that seems appropriate to me. That said, not all soups are hot. Write a short recipe (15 words or less) for a perfect soup--whatever that means to you. Of course, it does not have to be edible, just soupy.

While soup wasn't the most inspiring prompt I've come up with, you all still came up with some pretty great stories! Well done, everyone!

However, let's congratulate Anthony Puzzio on his winning entry. I enjoyed the rhyming element of this soup story, as well as the double meaning of the word stew. Nicely done!

Me, You, A Table for Two. Leave your "lover" home, lonely, to stew.

Fly on the wall. Lands in Charli's soup. Irresistable. Fly. Born in my laboratory. Delivers.

He liked cooking as a child. Then, the disaster. He never touched grandma’s recipe again.

Recipe too long to post. It's a lot. CC guys who made 'Too Many Cooks'.

Watch yourself!  You are underestimating the heat from that soup.

One cup canned soup. Two drops of her tears that I hide under my pillow.

Hanna Wattendorff from Massachusetts is reading The Collected Short Stories of Anton Chekhov Volume I January 4, 2015 - 10:19am

The soup was always warm blood served with snow. No. Beet juice and sour cream.

Robert VanCleave from The Land of Ice And Snow is reading "Sex Lives of Siamese Twins" by Irving Welsh January 4, 2015 - 4:22pm

Wait for the surprise

Ode to the Pink Hulk

"Remember? Grandma said no soup without her, Joey."

Sometimes he is too hungry... Starving he consumes. Never again could he hold a spoon.

Prepared by the lone child

Knocks on the door, and the trembling hands spilled the recipe: coldness, plus tinted letters.

A dash of arrogance and ignorance,


Combine one cup each:

Me, You, A Table for Two. Leave your "lover" home, lonely, to stew.

Carly Berg from USA is reading Story Prompts That Work by Carly Berg is now available at Amazon January 30, 2015 - 4:59pm

I enjoyed reading all the others as well. :)

Anthony Puzzio from Bronx, NY is reading Diary A Novel by Chuck Palahniuk February 1, 2015 - 10:21am

Thank you, I thoroughly enjoy this site as well as reading all of my fellow writing enthusiasts work.