LitReactor's own Rob Hart will be providing the prize this month--a signed copy of his zombie novella The Last Safe Place.

It's been two years since a plague turned New Yorkers into flesh-eating corpses. The city's population has dwindled to three hundred refugees on Governors Island, a former military outpost in the bay between Manhattan and Brooklyn. The survivors struggle with supply shortages and flaring tempers, but the monsters they call 'rotters' can't swim. The island isn't comfortable, but it's safe. That sense of safety is shattered when Sarge, the island's head of security, comes face to decomposing face with a rotter while on a routine patrol. There's no way for the creature to have gotten on the island. Worse is that its stone-like skin makes it remarkably tough to kill. Faced with the prospect of an evolving enemy, and desperate to find antibiotics for his dying wife, Sarge has to go into Manhattan, do some recon, forage for supplies, and get out--without drawing the attention of the millions of rotters that now roam the city.

In honor of Rob's next book in his Ask McKenna crime novel series--City of Rose, we are doing a Portland (Oregon)-Themed Contest. Here's a blurb from his book to wet your whistle.

As an amateur PI with a bent moral compass, Ash McKenna is good at finding people—but not at staying out of trouble. Between his own violent tendencies, the shadow cast by his father's death, and a self-destructive revenge quest, he made a mess of his life in NYC. Figuring it was time for a change of scenery Ash relocated to Portland, taking a job as a bouncer in a vegan strip club. And he hasn't had to hit anyone in six months.

So when one of the club's dancers asks Ash for help finding her daughter, he declines, content to keep the darkness in his past. But soon Ash is held at gunpoint by a man in a chicken mask, and told to keep away from the girls. Unfortunately Ash isn't good at following directions either.

As Ash navigates an unfamiliar city, he finds himself embroiled in a labyrinthine plot involving a ruthless drug cartel and a scandal that could reach one of the most powerful men in Portland. Ash is dead set on finding the missing girl, but realizes that in order to deliver her safely he may have to cross the one line he promised himself he never would.

This small westcoast(ish) city I moved to 5 years ago has become a bit famous lately, thanks to shows like Portlandia, a bunch of chefs, and some ridiculous donuts. Oh and a REALLY, BIG, AMAZING bookstore called Powells...maybe you've heard of it?

Wow us with your Portland-themed entry, and Rob will send you his zombie book. Heck, if you REALLY knock my socks off, maybe I'll mail you a maple-bacon bar from Voodoo donuts. Pickle that!

And The Winner Is...Ted From Sales

This entry rang true, sadly. Portland IS full of Blazer fans, stoners, and trailers (both the hipster "Glamping" kind AND the run-down-becoming-one-with-the-jungle-in-your-neighbor's-yard kind.) It's a classy place, whatcanIsay?

Went to see the Trailblazers play.
Got blazed in a trailer, instead.
I want Voodoo donuts now.

"I didn't know you meant this Hollywood."

Timothy Burbage from Sunbury, England is reading The Girl of Ink and Stars March 2, 2016 - 8:04am

I wanted a flaming skull, but ended up with Kermit the Frog.

I am now the king of this confluence.

Went to see the Trailblazers play.

Got blazed in a trailer, instead.

In the Pearl District, Everyone wears at least 3 mask , How many buildings in Portland are masked? Where's Kyron Horman ?

That Time I Inherited Four Acres of Portland Forrest

Surveying my new land, I realized timber would need to be felled. Luckily, I found a plethora of lumberjacks downtown.

SquirrelGirl from Midwest is reading The Scottish Prisoner March 21, 2016 - 9:18pm 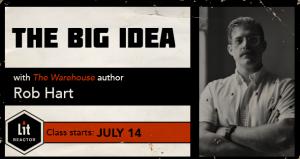