This month, I'm teaming up with fellow LitReactee Rob Hart—Hi, Rob!—to promote Rob's new novel New Yorked, which comes out in print this month. Instead of a book, we are giving away one of the cool pieces of swag Rob's publishers came up. This month's winner will receive a limited-edition New Yorked umbrella—and no, it's NOT weaponized, and I wouldn't advise you to use it AS a weapon.

What does that conjure for you?

You don't have to live there to participate. You don't even need to have been there. Because the Big Apple is a city of legend. Greatest city in the world, and it ain't even an exaggeration. Even if you've never laid eyes on it, it conjures some sort of feeling or emotion or fear or expectation.

And the Winner Is...Scott Williams

It's a non-obvious nod to the dangerous and uncontrollable and entropic nature of the city. It feels so much bigger than what's there. I'm already thinking of a rogue park overtaking urban decay.

Enjoy your super-awesome (though not-weaponized) New Yorked umbrella! You may need it to defend yourself from whatever is lurking in the park...oh and it's good for rain, too.

Finally, when tree roots tore up the foundations along Central Park West, we realized: the walls surrounding the Park weren’t there to keep something out.

Class Director
Rob from New York City is reading at a fast enough pace it would be cumbersome to update this June 1, 2015 - 1:09pm

Looking forward to seeing what you folks got! And here's the prize...

Once saw a rat eat
a mouse. It was pretty gross.
Squeak, squeak, silence. Morte.

Joshua Chaplinsky from New York is reading a lot more during the quarantine June 1, 2015 - 2:04pm

And That's When the C.H.U.D.s Came At Me

Of course you'll have a bad impression of New York if you only focus on the Pimps and C.H.U.D.s

their furry bodies bump against the grates,

It only took five minutes.
He stepped off the bus and was now a victim of mugging.
He lit a cigarette before exhaling, "I'm home."

I step over the mustard yellow line, and cope with the stench (pretending it's just bad cologne with hints of patchouli, cooked piss), called A-Train.

Well, at least they all look great in a suit."

He returned the ticket. "Hell is what I'm trying to escape."

Finally, when tree roots tore up the foundations along Central Park West, we realized: the walls surrounding the Park weren’t there to keep something out.

Robert VanCleave from The Land of Ice And Snow is reading "Sex Lives of Siamese Twins" by Irving Welsh June 2, 2015 - 11:03am

Not My Fault My Neighbors Talk Through Thin Apartment Walls

"Cities definitely aren't for me," I mumble, staring out into the crowded hallway.

"This body will fertilyze my carpet before I get any privacy."

She knocks me down. Her buildings tower over me like bullies on a playground. I rise to kiss her cheek. Round Two New York.

The city of sitcoms. Where audience laughter long lost still echoes on demand, and shots between scenes show a world where the towers still stand.

Am I Where I'm Supposed To Be?

The key fits the lock, but everything inside looks different.
The furniture isn’t mine, but the room is familiar.
Is it me or the city?

"New York is the greatest city ever!" she exclaimed.

Then she got there.

The city ate her alive.

She was smoke. Thin air.

Curating museums in their brains.

Roaches scatter across the table as I stir, passing their namesakes in the ashtray. Shitty speakers wail rap and static. This manic city defeats me.

Below New York
This checkered quilt of crowds and taxis would never believe what hid beneath the tunnels. Watching the city's pulsing beat she swore they never would.

The Slow Vibration of Energy

I'm too close to the edge as the train rushes by. I feel the pulse of the city in its reverberations; my heart beats faster.

Exhausted tourists, we don't climb the statue. Instead, we sit in the grass with litter and pigeon bones and flip the green lady the bird.

Since I'm not judging, I thought I'd enter. Of course, I can't win.

The New York deli was an incongruous menagerie of food.

This guy wearing a wife-beater said.  “Gimme the usual.”

I wanted to be that guy.

If I can make it here

Where locals bid on Mid-west skylines

In every pock-marked vagrant.

It’s gutters and grapes on the vine 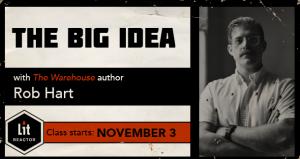