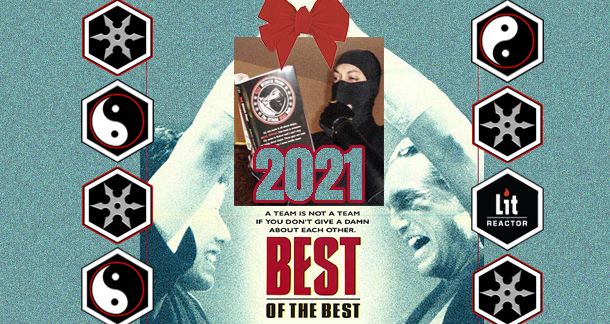 Another year has come and gone. You know what that means, don't you? Time for a bunch of strangers to tell you what was good! And why should you care what the LitReactor staff thinks are the best books of the year? Trick question! You shouldn't. But what they have to say might interest you nonetheless, because they are good-looking and knowledgeable and they read like the wind. So for those who care, we submit for your approval/derision some of LitReactor's favorite reads of 2021 (part 2).

*Not all of these books were published this year. We figured if someone read a book for the first time in 2021, they deserved the opportunity to crow about it. 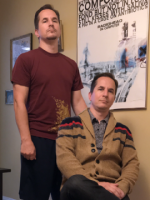 The author of The Raw Shark Texts returns after a 14 year absence and it was worth the wait. ​Maxwell's Demon is packed chock full of fascinating existential diversions, meta textual shenanigans, and most importantly, page-turning narrative.

Get Maxewell's Demon at Bookshop or Amazon

"The Glassy, Burning Floor of Hell" by Brian Evenson

The quality of Evenson’s new collection is as predictable as his stories are not. Disturbing ideas that burrow their way into your subconscious to stay. Yup, they live there now. Evenson has become a genre unto himself.

Get The Glassy Burning Floor of Hell at Bookshop or Amazon 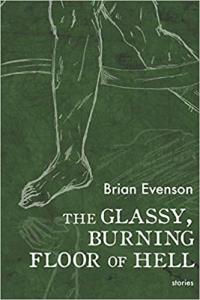 "I Wished" by Dennis Cooper

A distillation/continuation/overview/analysis/reevaluation/meditation on the George Miles Cycle. Cooper packs so much honesty into the obscure stories in this slim collection of auto fiction it will break your heart into a thousand tiny razor-sharp pieces.

Get I Wished at Bookshop or Amazon

A nostalgia headfuck for those of us who came of age alongside the nascent internet. Scanlines asks the question, can we ever recover? Goatse's response: probably not.

Get Scanlines at Bookshop or Amazon

"Beneath the Salton Sea" by Michael Paul Gonzalez

Still thinking about this one. Proof positive that not all blurbs are the product of back channel nepotism. When I went back and re-read what I had written, the words still rang true:

BTSS is a hallucinatory wonder. A lyrical exploration of emotional trauma and the timelessness of grief. Gonzalez's words draw you in, sentences washing over you in waves, before the story pulls you under completely.

Get Beneath the Salton Sea at Bookshop or Amazon 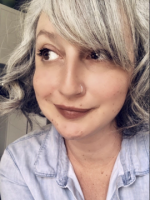 "When Things Get Dark: Stories Inspired by Shirley Jackson" edited by Ellen Datlow

This anthology is the perfect example of how a vision in the right hands can produce amazing results. Every story captures the essence of what it feels like to read Shirley Jackson’s work. I’m particularly fond of "Skinder’s Veil" by Kelly Link, "Tiptoe" by Laird Barron, "Pear of Anguish" by Gemma Files, "Refinery Road" by Stephen Graham Jones, and "Hag" by Benjamin Percy.

Get When Things Get Dark at Bookshop or Amazon

"Come With Me" by Ronald Malfi

Come With Me engages the reader’s curiosity so intensely, making this one of the most binge-worthy page turners I have read. Malfi’s compelling writing style sparks an insatiable hunger, lasting until it is finally satisfied at the end of the book. A gripping mystery and a likable narrator; unputdownable.

Get Come With Me at Bookshop or Amazon 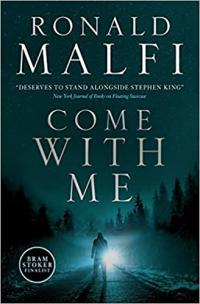 "My Heart is a Chainsaw" by Stephen Graham Jones

A modern coming-of-age horror story capitalizing on themes of revenge and redemption with a quirky, awkward, relatable narrator readers will hopelessly invest in and follow anywhere. Absolutely puts readers through an emotional rollercoaster and lands every single punch. This is what fans show up for in a Stephen Graham Jones book. And he one hundred percent delivers.

Get My Heart is A Chainsaw at Bookshop or Amazon

"Goddess of Filth" by V. Castro

This is a coming-of-age tale with a twist on possession horror. V. Castro does a remarkable job bringing all the characters to life on the page. The cultural aspects of ancient folklore, religion, and sexuality play a strong role in enriching the intricacies of each character’s development. Once you start this book, be prepared to finish in one sitting.

Get Goddess of Filth at Bookshop or Amazon

This is a collection of short, dark fiction plumbing the depths of human emotions. The fascinating thing about LaRocca’s storytelling is his ability to draw on specificity. You won’t find a garden variety love story. Expect the unexpected, but not just something unusual for the sake of being strange—expect the unexpected to probe, pierce, or puncture any barriers or protective layers in place. It’s startling to read characters behaving in some obscene way that feels relatable at the same time.

Get The Strange Things We Become... at Bookshop or Amazon 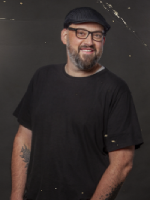 I LOVE Zoje Stage's books, and this one just incredible. A hike in the Grand Canyon to reunite childhood friends takes a terrible turn. Every Stage book offers something new, and this one is all thrills and grit.

"Velvet Was the Night" by Silvia Moreno-Garcia

Get Velvet Was the Night at Bookshop or Amazon 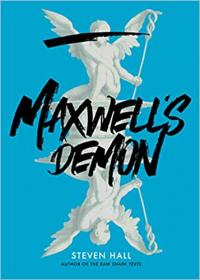 "The Turnout" by Megan Abbott

Megan Abbott is just an amazing author. I love how she creates so much drama and suspense without ever needing to involve a gun, cops, good guys, or bad guys. She wrings it all out of the characters' wants, needs, desires, insecurities, and failings. I can’t think of someone who does this kind of storytelling better. LOVED. THIS.

Get The Turnout at Bookshop or Amazon

I read this, and then immediately read it again. Hall’s ability to warp reality as he writes is unparalleled, and this book really gets in your head. Returning to his unique visual aesthetic from The Raw Shark Texts, Maxwell’s Demon is a very personal story about what matters most in our lives, done on a grand stage.

Get Maxwell's Demon at Bookshop or Amazon

Splitting the difference because these are both republished books (each originally published in limited numbered/lettered editions).

I Feel like Malerman’s previous novels have all built on his identity as a horror author, an arm here, a leg there. These two books show us the whole, stitched together monster. Pearl is disturbing and weird, and I’ll likely never feel safe around a pig again. Goblin casts a town as monster and reveals all the unsettlingly dirty doings happening under the surface. Excellent reads, both!

Get Goblin at Bookshop or Amazon

Get Pearl at Bookshop or Amazon 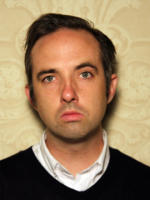 There’s an inherent magic to filmmaking, yet it all depends on the director whether that sorcery will be black or white. In this genre-busting short story, Mycroft’s second-person POV gives voice to the panic of you, the actor, who realizes they’ve lost all autonomy, when the director has lost all sense of reality. A surrealist dive into Lynchian Hollywood-exploitive voodoo, poolside.

Body High, the debut novel by Jon Lindsey, was one of my favorite books of the year — a drug addict’s odyssey across seedy Los Angeles, where he attempts to grieve the death of his mother, while reconciling the rest of his broken family; but due to the chaos magnet of drugs, the goalposts change tauntingly by the minute. After its release, Lindsey became more willing to discuss the novel being loosely based on his own mother’s suicide. In his non-fiction piece “Omens, Portents, Comets,” he meditates on the personal apocalypse that leads to one taking their own life, and as he removes morality from the tragedy, it feels unexpectedly resolute.

The curse of being both a writer and publisher: your publishing side is likely to hoard all of your time, away from writing. So anytime we’re offered a new piece from Manuel Marrero of Expat Press, it demands our attention — we know he had to make that slice of time count. In “Caregiver,” he offers what feels like a commandment or affirmation for a post-modern bookseller; who thrives in spite of mutinies, shakes the fleas of clout-chasing, and reminds the rest of us what is actually important versus short-term culture-war investments. Marrero wields language like no one else — the way he pulls no punches with his specificities, yet seduces the reader into projecting themselves into his flurry.

""The Invention of Amplivine"" by Unity (Misery Tourism)

As just one of the personalities of the Unity hydra-head (who includes Sybil Rain, Todd Matthews, others), M.T.S. Unity is the founder and president of Unity Solutions, the world’s foremost psychic detective agency-cum-bindle manufactory, as well as candidate for the United States of America. In this apocryphal piece of footnote-laden data, these Preliminary Notes for a Psycho-Spiritual Espionage mires the reader into a redaction-heavy secret history of the wonder drug Amplivine, the reptile-repellant amphetamine, convincing the reader they’re really being let in on something, even if it is just Unity’s unhinged mind.

A common thread inside the works at literary-futurist site Surfaces: invasive euphoria hell-bent on negation. This piece by Paris Green burrowed so far into me at one of my darkest moments of the pandemic, that I forwarded it to ten other people in hopes they might also live vicariously through the declarative chants of the hyper-violent NIGHTBITCH, the bloodied but unbowed wetware warrior who craves salvation through annihilation, insatiable. Glorious.

I agree that "Skinder's Veil" is something incredible