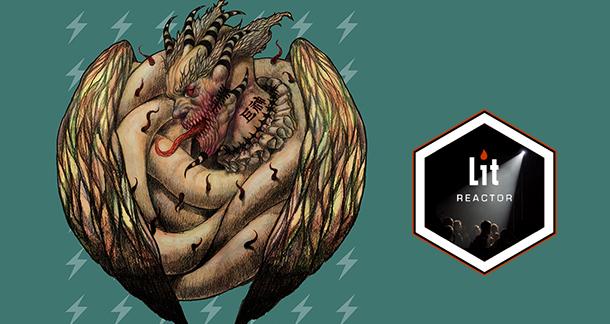 Per my New Year's resolution, I've been writing much more this year than usual. It's exciting. I think words, I move my fingers, and they end up on a page. It doesn't work with anything else, though. Moving my fingers has never produced a kitten, for instance. But words are okay too.

As a still yet-untested writer in the pools of the publishing world, I often have epiphanies regarding the craft that are probably common knowledge amongst the more seasoned writers, and so I hesitate to ever suggest the topics for a full column proper on the site. However, I feel comfortable sharing this one with you here. Let's call it the Non-Expert's Guide to Writing, Which Might Have Good Advice, But Maybe Not.

Your literary voice is one of the most difficult aspects of writing, namely because it can't really be taught. It's something that is innate to the writer as part of your personality, and distressingly, is easily corrupted from the outside. Most of the time, this corruption is fairly innocuous; you read H.P. Lovecraft, and now eldritch is a word that seems like fair game. You read Palahniuk, and now you feel the need to introduce a recurring gimmick to depict the protagonist's mental state. You read a series of Gaiman's short stories, and then this happens:

That's okay. Your writing voice isn't likely to exactly mimic your speech patterns, and working through what you like and don't like stylistically is just part of traveling through the authorial birth canal.

However, I've seen time and again how timid even the most hard-edged and experimental writers can be when it comes to sustaining their voice after a brutal round of edits and workshopping. Sure, nobody wants to be that asshole who sees his first draft as a standing testament to his undiscovered genius, but go too far in the other direction, and no matter how brilliant the piece, deprived of voice, it will lack the tinge that makes it come alive.

We have some brilliant writers hanging around LitReactor, and many of them are willing to workshop your pieces. Chances are that after five people review your work, you'll have five different ideas on how to make a controversial segment of your story better. Their advice will probably be good, and you should read every word.

But remember, new writers: you are not beholden to anyone but yourself, and your name will be under the title. Put your work out there, accept criticism, but when it comes time to make the edits, defend your voice. You are a storyteller, and whether a distant presence or a nearby narrator, your skill and passion for your work will only be noticed if your voice echoes throughout.

Note: We had a rather spirited debate about the relationship of medium and pure artistic expression in the Community Wisdom thread. I think these were the two arguments that stuck out. Whichever side you fall on, I applaud these gentleman for keeping up the standards of the LitReactor forums and displaying that it is actually possible to have a polite disagreement on the internet.

The medium an artist uses should be chosen with great care, but it is not what drives a person to create. Nor does it lead to a great work of art. It merely helps in the process. What the artist must love is what they are going to do with that medium.

If not love of the medium, then what? Maybe there is a better phrase than "love of words" for spending lonely, sleepless hours crawling through manuscripts, dragging our eyes across the words over and over, trying desperately to get caught on each misplaced comma, pronoun, adverb... to find the "right" way to say something never before said. To face the desolate expanse of a blank page, again and again, and finding hope each time in defiling such endless potential, that this time we'll write something worth reading. All with the virtual guarantee of poverty and insignificance as rewards for our effort.

Have you checked out the LitReactor Book Club yet? Every month we start discussion on a new book, often by authors and publishers that have some affiliation with LitReactor. Discussion on Room by Emma Donoghue has already begun, so if you've read it, chime in. If you didn't make it this time around, don't worry; April's selection will be announced soon. Check it out! The Book Club is a great place to get to know our members and become involved in the community.

Okay, I admit I have a fondness for this thread, and I don't think it's gotten the attention it deserves quite yet. Quite simply, you post the before and after results of your edits. We've only seen one so far, but I'll bet that this thread could gain some legs if a few more people contribute. It seems like it could be surprisingly helpful to see how other writers edit their work in short, sentence-length snippets, and if you know anything about writing, you know it feels like mostly editing, so you all should have something to give. Show us your best.

It's March, which means it's my birthday month, which means that I'm going to continue the tradition of plugging the game I created for my birthday several years ago when I was but a tadpole in the LitReactor community. The concept is this: you choose one of the three word prompts provided by another user. You write a three paragraph story in response, with some flexibility allowed for dialogue and poems, and at the end, you provide your own prompt. It's not a game to win, but rather to practice brevity, which is something I struggled with (and occasionally still do, as evidenced by this overwrought explanation as to the origin of this concept). It's remained popular for years, so join in and enjoy.

Alright, in a Spotlight first, we have three authors published in the same publication. I normally wouldn't combine entries, but I also didn't want to dilute the accomplishment by repeating it three times.

First off, The Chaplinskypocalypse continues. Josh's story "King Rat" has found a home among a beautiful dozen others in Typhon: A Monster Anthology, published by a LitReactor favorite, Pantheon. Josh has been on fire lately, so continue to support him and help him fund his secret moon lair that I'm not supposed to mention in this post.

Also found in Typhon is LitReactor's Emily Slaney, who prowls around here under the handle voodoo_em. Her story "Viral Video" is a twist on the zombie trope, and in her words, "because what else you gonna do in the aftermath of a strange influenza outbreak than make a found footage movie, right?" True that, Emily. Congratulations.

If I'm not mistaken, C. Patrick Neagle is a newcomer to the Spotlight, but not to LitReactor, having won one of our Flash Fiction contests the same month he joined two years ago. His debut in the Spotlight finds him in Typhon alongside fellow LitReactor members with his story "Come Here Often?". It's his first fiction sale, which is always one of my favorite things to spotlight in this column, so a hearty congratulations to you, and we look forward to seeing more of your work.

Joshua Chaplinsky is the Managing Editor of LitReactor. He has also written for TwitchFilm and ChuckPalahniuk.net. He is the author of Kanye West—Reanimator. His short fiction has appeared in Zetetic, Motherboard, Vol. 1 Brooklyn, Thuglit, Dark Moon Digest, Fabula Argentea, and more. More info at joshuachaplinsky.com.

Emily Slaney writes nihilistic emotional satire because she likes to make you laugh before she pulls it all away. She fills her stories with snarky underdogs, broken rebels, vulnerable miscreants and beautiful darkness.

C. Patrick Neagle is a writer, photographer, and gypsy scholar (but not a scholar of gypsies -- though he's read a few things) who currently lives, writes, and hikes a lot in the Columbia River Gorge area of the Pacific Northwest. He likes Portland, snow-capped mountains, and taking long walks in the drizzle. Also pina coladas (since he's also an ordained Dudeist priest, he has to throw in the obligatory pitch for White Russians here, too). In his spare time, he pours wine at a local tasting room.

I'd like to end where we began in talking about voice. Being that LitReactor is a site dedicated to the education of writers, why not share your experiences in developing your own literary voice? Have you found your own? Did you have to try some on in the dressing room first? Is your voice representative of you, or is it a stage persona?

With that, I wish you a good month, and I'll see you in April.

Joshua Chaplinsky from New York is reading a lot more during the quarantine March 3, 2016 - 11:34am

Really enjoying the stories by my fellow Typhon contributors. I love where Emily went with hers, and "Come Here Often?" might actually be my favorite piece in the collection. Great idea, and just ambiguous enough to keep me thinking about it.

I'd also like to add, I workshopped my story, "King Rat", here at LitReactor, so couldn't have done it without you guys!

Joshua Chaplinsky from New York is reading a lot more during the quarantine March 3, 2016 - 1:20pm

Jack Campbell Jr. is in there as well.

Joshua: Hey, thanks! And congrats to my fellow Litreactoids who are in there keeping me company; I'm looking forward to seeing what everybody wrote. I'm a bit bummed, though, because at the moment I can't actually read the collection. I'm currently out teaching on a US Navy ship (somewhere in the Pacific -- shhhh!), and Typhon is sitting at my place back in the PNW. Sigh. I'm chomping to do so, however. Hopefully soon!

My story in Typhon, "Patchwork," was also a LitReactor product. It was part of the Scare Us competition.

I haven't had my copy through the post yet, but I'm excited to read all the stories!