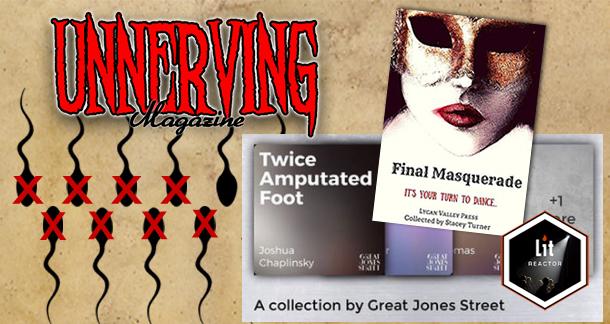 Most cities and towns have a part of the newspaper that lines up the best holiday light displays so that we can all drive around and see the glory of electric power.

Where I grew up, the paper not only listed the best houses, they gave out awards. "Most colorful," "Best moving display," "Best Block." Stuff like that.

Working here at LitReactor is a bit like living next door to the Best Block. You're surrounded by talented people doing big things in the world of books and writing.

Yep, one block over was the street where EVERYONE lit the hell out of the holidays. Icicle lights, chasing lights, and the one person who could get away with a sign that said "Ditto." Santa going headfirst down the chimney, falling off the roof. Inflatables, milk jugs with lights inside, and some kind of tree-mounted chandelier thingie.

Yeah, I kid you not. they deserved Best Block.

Living next to the best block was an odd experience. Because, for one thing, it really took the pressure off us to decorate AT ALL. If the next block over was going to win, we'd look like crap no matter what. What was the point? Why bother?

There's still a part of me that thinks this way. Sometimes, when I read a really great book, I think "Why bother?" Why bother writing if I'll never write anything nearly that good?

But that's not the good part of me. That part of me is wrong.

Working here at LitReactor is a bit like living next door to the Best Block. You're surrounded by talented people doing big things in the world of books and writing. And it's easy to look at those things they're doing and think, "Why bother?"

But like I said, that's the wrong way to look at it.

The right way to deal with living next to the Best Block is to think about what inspires greatness. And I think being close to greatness, comparing yourself to greatness, that's what inspires greatness. The best thing for someone who wants to win Best Block, if you ask me, is to live one block away from the current champ. To watch the line of cars stack up down the street, and to see the cars speed down your block because there's nothing worth looking at.

Likewise, it's a good thing to read this column and check out the best writers on the block. Drive down the street here at LitReactor and get some ideas. Take the time to see what some of the folks here are up to. 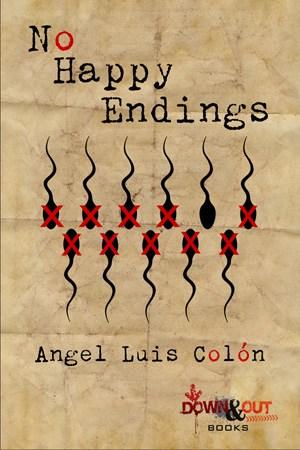 Let's start with the book's description:

Fantine Park is not the woman her mother was – she’s certainly not the safe-cracker her mother was. Fresh off parole after a stint in the joint for a poorly thought out casino robbery, she finds herself right back in the thick of it.

The target: semen. Yes, semen. The genetic man-batter from supposed Ivy Leaguers and other elite that nets top dollar from Asia.

The plan: there is no real plan. Fantine just has to get it out of Evensight Storage.

There’s no guarantee anyone involved in this mess is getting out alive, especially when Fantine finds herself face to face with the psychopath known as O Leiteiro – the Milkman.

Look, if you happen to be in the market for a last-minute gift, you should take a look at Angel Luis Colón's No Happy Endings. If that description doesn't sell you on it, then I don't want to know you or anyone you buy gifts for.

Angel Luis Colón is the author of No Happy Endings, The Fury Of Blacky Jaguar, and the upcoming short story anthology; Meat City Is On Fire (And Other Assorted Debacles). He’s an editor for Shotgun Honey, has been nominated for the Derringer Award, and has published stories in multiple web and print pubs such as Thuglit, Literary Orphans, All Due Respect, RT Book Reviews, and The LA Review of Books. He’s currently repped by Foundry Literary + Media. 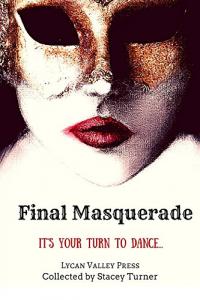 LitReactor's Managing Editor Joshua Chaplinsky has been keeping himself busy. He's got a story, "Mummers Parade," out in the anthology Final Masquerade from Lycan Valley Press. "Mummers Parade" is all about "a murderous medieval hydrocephalic, hallucinogens, and possibly time travel."

Triboulet was known throughout the realm for having the King’s ear. He wore it around his neck on a silver chain…

Joshua's also got a story, "Maison d'Ouefs," in Unnerving Magazine #1:

The driver exited the vehicle and circled around to open Martha's door. She extended a toned leg. The click of stiletto heel on the sidewalk set the protestors into motion.

Joshua Chaplinsky is the Managing Editor of LitReactor.com. He has also written for the popular film site Screen Anarchy and for ChuckPalahniuk.net, the official website of Fight Club author Chuck Palahniuk. He is the author of Kanye West—Reanimator. His short fiction has appeared in Zetetic, Motherboard, Vol. 1 Brooklyn, Thuglit, Dark Moon Digest, Pantheon Magazine, Fabula Argentea, and multiple print anthologies. More info at joshuachaplinsky.com. Twitter: @jaceycockrobin

"When Shit Gets Too Real"

Bennett Mohler has been selected for Centum Press' second volume of their short story anthology One Hundred Voices. His story, "When Shit Gets Too Real" was workshopped right here at LitReactor.

Whenever Freddie comes up in conversation with my friends and we wonder what happened to him, we laugh and say that shit just got too real.

Bennett Mohler was born in San Jose, CA in 1988. He graduated from University of Oregon with a Bachelor’s Degree in English, is an avid reader, and has been writing since a very young age. He now resides in Portland, OR where he also enjoys playing music, hiking, and drinking scotch.

Some of you may have missed LitReactor's feature on Great Jones Street, the litmag-turned-app that brings you fresh short stories on demand, and if you haven't downloaded it yet, get to it. It's free! For now... 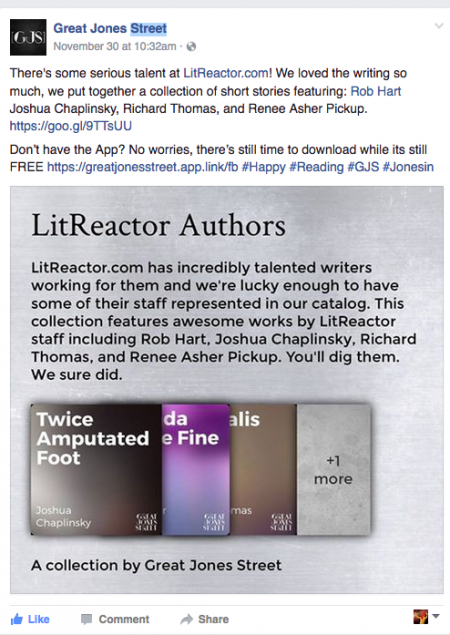 LitReactor student Roger Nokes will have his first novel published by New Pulp Press in 2017. The novel, Into The Ocean, will be published under the pseudonym Stanton McCaffrey. Keep an eye out for this one.

Stanton McCaffery was born and raised in central New Jersey, where he resides with his wife and son. He has degrees in history and political science. His stories have been featured in Acidic Fiction, Heater Magazine, Out of the Gutter Online, and Between Worlds.

That's it for this month, folks! Don't forget to let us know about your accomplishments so we can crow about them. Ka-kaw! Have a happy holiday, and write something awesome in the new year!