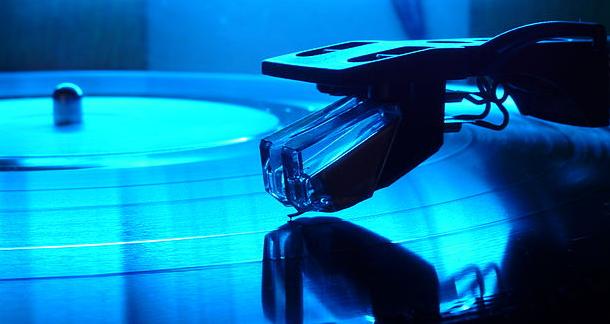 The human mind has its limits. We seek patterns, and find solace in the safe and familiar. It’s only natural, since that which is new may also be dangerous. But does it also prevent us from creating anything entirely original?
Everyone has heard the old saying about art imitating life. People have been pondering over the nature of art and originality for thousands of years, which technically makes this post a part of an ancient Escher-like loop of unoriginal commentary about unoriginal commentary. Moving on...
Plato and Aristotle had differing ideas about imitation, otherwise called mimesis. Both agreed that human art is an imitation of truth, but split on whether this imitative process is positive or negative. Plato looked down on writing and viewed it as inferior to philosophy, which deals directly with ideas instead of the interpretation of them (he might have been a bit biased). Aristotle, on the other hand, considered imitation natural, and saw little purpose in the creation of flawless reproductions. The writer, he argued, imparts his or her individual truth through art. The finished product may not represent a new reality, but it is still a new perception of reality.
It has been commented that all the stories ever told can be boiled down to two scenarios: a hero goes on a quest, and a stranger comes to town.  It’s a rather stifling thought, isn’t it? Later, William Foster-Harris would postulate that there are really three plots: those with a happy ending, a sad ending, or an ambiguous, “literary” ending.
As time passed, theories on plot structure became more complicated. A recent and comprehensive list by Christopher Booker debuted in 2004, building on the ideas of Sir Arthur Quiller-Couch, the first scholar to suggest that seven was the most accurate number of plots in the world. The Seven Basic Plots: Why We Tell Stories was the culmination of over 30 years of research on Booker’s part. The following are what he believed comprise the backbone of every existent plot:

1. Overcoming the Monster: The hero must destroy an evil that threatens his home.

2. Rags to Riches: Exactly what it sounds like; the hero overcomes overwhelming obstacles to obtain wealth, love, and happiness.

3. The Quest: The hero seeks an object which he must claim, often accompanied by companions.

4. Voyage and Return: A protagonist leaves his/her home and faces trials and dangers to come back changed and experienced.

5. Comedy: Comedy is used here in the traditional sense, meaning that the story ends with a marriage or union.

6. Tragedy: My personal favorite, tragedies tell the story of the antihero. The main character is also the villain, and the plot concludes with his/her downfall.

7. Rebirth: Rather than completing the arch of the antihero, the protagonist is able to avoid disaster by mending his/her ways.

Several critics, including the New York Times, were rather skeptical of Booker, claiming that while some of the strictly informational portions of his book held merit, his theories were eclipsed by the idealism present in the later half.  Booker takes the rather odd angle that modern stories have "become detached from their underlying archetypal purpose" and are therefore less worthy than earlier mythos and literature.

Plot is important, of course, but it isn’t the whole story. If Booker’s theory is correct, then perhaps plot matters less than one might think. What if the reason we have so few plots is not that we are incapable of inventing new ones, but that to do so is unnecessary. After all, plot is not the entirety of a story, but merely one appendage of a larger, functioning whole. Even with a dynamic plot, stories are nothing without the characters that navigate them. Readers are not typically drawn into a story by the originality of its formula, but out of concern or empathy for its characters. Plot then serves as a yardstick by which character growth can be measured.
Fantasy author Patricia Wrede keeps an informative blog on the writing process. She comments on the topic of plot formulas:

One might even go so far as to state that all stories are simply a question and a corresponding answer, but as humans, we have an endless array of questions. Whether the number of possible plots is quantifiable or not, Aristotle’s argument in defense of art holds water even to the present day; every individual writer has a unique voice, even if they don’t necessarily have a unique plot.
Photo licensed under Creative Commons by Moehre 1992

I guess the way to test this would be to look at real life and see whether there are events or sequences thereof which don't fall under any of these categories. If something happens, then one could write a story about it; and if it isn't covered by these seven, then there's one more type of story.

Of course, lots of stuff happens in real life without any of the ultimate dramatic outcomes presented by these types, and so one might suspect that the destination is more important than the journey by Booker's standards (insofar as categorizing stories goes).

You can write a monster's defeat in two-to-two thousand pages; but if the monster were to get away, would the story then be a tragedy, or merely an incomplete plot? (I guess it could stil be another type, say if the hero comes back changed from his failure [type 4], or he descends into depression [type 6], or gets married and retires [type 5], or whatever.)

Clerks doesn't fit well into any of these plots.

The issue comes when you have a plot that tends to combine both of these. For example the Voyage And Return mixed with Tragedy.

I am skeptical that every story follows the quest though. Yea because every hero needs a Yoda to teach him the ways of martial arts to save the world. *facepalms. Seriously recommending the hero's journey is something non-writers do.

That doesn't even go into the fact that I structure my novels like short story collections. If anything my work tends to fluctuate between different plot patterns per chapter. And that doesn't include diverging plot structures, in twos and threes.

And books generally have subplots as well. You can have the main plot be a comedy, but the subplot a tragedy.

Learn the rules so you can properly break them.

Some good points, JYH. I like your characterization of Booker as someone who cares more about the destination than the journey; I got a sense of that from reading about his ideas as well.

Raymond Adkins: Clerks is an interesting story to test this theory by. I believe that you could technically call it a tragedy. It doesn't fit the model perfectly, since the main character's "downfall" isn't very dramatic, but from what I recall of the movie, he still fails to achieve any real growth by the end of the film. I'd be interested to hear any opposing theories, however.

Dwayne from Cincinnati, Ohio (suburbs) is reading books that rotate to often to keep this updated May 24, 2014 - 10:48pm

Well, some disagree with this idea because there are stories that don't fit into it.  One of my favorite is William Wallace Cook.  I don't care for most of his books, he wrote like 1500, but Plotto is great stuff.  It has thousands of plots and conflicts and add ons.  It kind of reads like algebra.

This is the version I have, it has been revised to be more PC (more stone age natives, less African savages).  If you want to get the original bigot flavor you can find that too.

@LeahD - When we next see him in Clerics 2 he is getting ready to go to Florida with a woman he at least some what cares about, suggesting he isn't just accepting working in dead end jobs anymore, so maybe he did learn something by the end of it.