Library Love: Where Do Books Go When They Die? 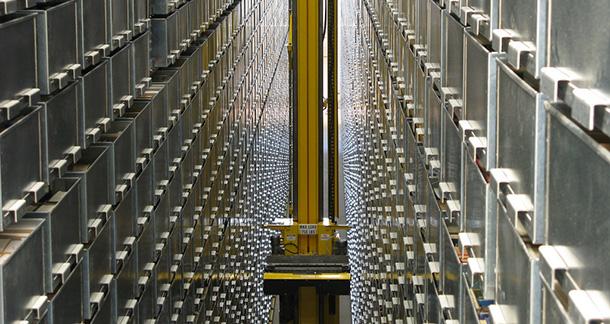 You may have heard about the Shakespeare First Folio that is visiting each of the 50 states this year. It’s a timeless relic that brought together 36 of Shakespeare’s plays, 18 of which had never been published before. The First Folio ensured Shakespeare’s place in a narrow canon of works that continue to have meaning centuries after their conception, thousands of miles outside their place of origin. I went to see this universal treasure, which was behind glass and opened to Hamlet’s monologue “To be or not to be.” It was like being in the presence of something sacred, a distillation of the pleasures and sorrows of humanity. This book and the 234 other surviving copies of the First Folio will be preserved in perpetuity, carefully housed in climate-controlled spaces with fire-suppression systems and around-the-clock security.

Some books have a shelf life, a defined period of time in which they have relevance and utility, after which they fall into worthlessness and at best, novelty. These books are like food – some are more like fresh produce, others are like canned goods. You probably have some of these books on your bookshelf right now. For example, that first edition of Modems for Dummies that’s keeping your shelf warm falls squarely into this category. The only thing it’s good for is a laugh when you’re hanging out with your super nerd friends and overindulging in edibles.

Some books have a shelf life, a defined period of time in which they have relevance and utility, after which they fall into worthlessness and at best, novelty.

Large institutions like libraries and book publishers shoulder a lot of the burden of unwanted books, to varying degrees of success. Every few years, some post goes viral about the secret, dark side of this industry. Well, it’s not a secret. Here’s how we put books to rest.

Ok, that’s my term. What I’m talking about is automated storage and retrieval systems (ASRS). This is high-density, long-term storage employed by libraries for their always-growing, massive collections. Typically the items that end up in storage are older, less relevant, and less used than their counterparts that remain on the library shelves. Someone writing a history of technology manuals might need that Modems for Dummies book for historical context, so high-density storage allows the library to keep the book for a very long time without junking up the browsing shelves with outdated information.

ASRS systems look futuristic and they’re run by robots! Books are housed in metal containers that are stacked many stories high. When an item is paged through the library catalog, the robot pulls the container with the book off the wall, delivers it to a conveyer belt, and a human scans the book and puts in transit to the patron.

See column header for a picture of one at the University of British Columbia.

The first library to implement a robotic system was the Oviatt Library at the California State University, Northridge (CSUN), which installed it's system in 1991. Since then, many libraries have followed suit, notably the University of Chicago, which placed theirs entirely underground and topped it with a domed reading room that looks like something the SpacX team will build on Mars.

This is a library's last ditch effort to place books in the hands of someone who might actually want them. When the book sales and free carts have failed, a reseller can still do some good. There are a number of these types of vendors that work with libraries. One that is widely known is Better World Books. They take the books, sell them online, and give a percentage of the profit to the library. They also generate other types of good karma by funding literacy programs around the world. Items that can't be sold are recycled. Or as the industry calls it, pulped.

Perhaps the most visceral of our options, pulping is the process of turning a book into goo that eventually becomes a book again. I'm not a chemist, so that's all I can tell you. Within the publishing industry, pulping has specifically referred to the industry recycling practice used by book publishers to deal with unsold paperbacks. You may have noticed the artful mounds of new bestsellers that appear in your local bookstore and then eventually disappear. Nope, they didn’t sell all those copies of Dan Brown’s newest double extra secret society thriller. Once the initial flame dies down, the covers are cut off (stripped), sent to the publisher to demonstrate that they were unsold, and the rest of the book is sent to a recycler be pulped. Or sometimes…

This used to be a huge problem. Recyclers didn't want to deal with all parts of a book, namely the glue that holds the pages together. So some would just refuse to recycle them, and then entire cities would have no means of recycling old books. And that is why many of our landfills are stockpiled with early editions of Encyclopedia Britannica. Fortunately for future generations, recyclers have wizened up and most towns have a facility that will now accept books.

As an individual, your best options for what to do with your yellowing collection of romance novels you bought at the grocery store because they had Fabio on the cover is to give them away.

Your local charity has a drop-off where you and everyone else dumps their crap. They may, in turn, be able to connect someone with your copy of Savage Thunder. Reuse is definitely the best option, since books take a lot of energy and resources to produce. Giving books away – to charity, libraries, strangers on Craigslist – also takes the emotional burden off your shoulders. Let someone else figure out what to do with them; you can assume your books are now in a better place. To ensure that happens, try searching Earth911 for drop-off locations specifically for books near you.

And that's where old books go to die. Don't cry, they are in a better place.