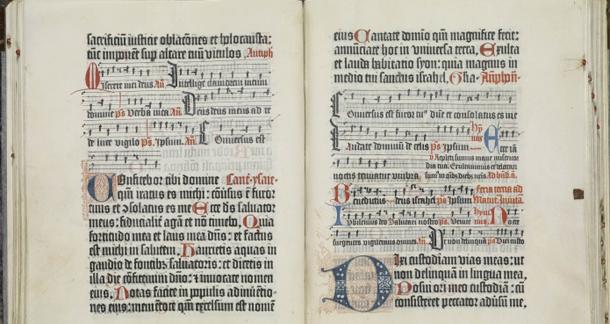 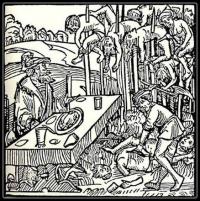 Vlad Dracula, also known as the Impaler (1431-1476), was a regular guy who was also a warlord and three-time prince of Wallachia, a region of modern Romania. His barbaric and unnecessarily dramatic killing methods are thought by many to have inspired Bram Stoker’s iconic vampire. Did Vlad drink the blood of his victims? If he did, I hope it was from a chalice, enjoyed by the fire while reading one of the first books produced using a phenomenal new machine that would forever change the world: the printing press.

Many people are not aware that the history of printing begins in China and Korea. Moveable type is first attributed to Pi Sheng, of the Northern Song Dynasty, who began printing using clay type sometime between 1040 and 1048. By 1403, printing using copper type was happening in Korea under the Joseon Dynasty to print Confucian texts. Europeans began printing using wood blocks in 1423, and it was only a few years later that Johann Gutenberg would begin his “experiments” with printing.

Gutenberg’s story is a sad, straight-to-Netflix tale. He had a brilliant, profound idea about moveable type (which technically had already been invented, but he probably had no knowledge of this). He then got himself into so much debt building his machine and forging type that he had to sell everything in order to satisfy his lenders. This coincided with the publication of his major work. Two of his lenders, Johann Fust and Peter Schöffer, took over production, and in many ways can be credited with the generation of the publishing industry.

Gutenberg did leave behind a magnum opus: the so-called “Gutenberg” Bible, or the “42-Line” Bible, which was completed in 1455. The Bible is printed in Latin using Gothic font, and each page has 42 lines of text, divided into two columns. The Library of Congress owns one of the three complete vellum copies known to exist. All told, less than 50 copies survive, and most of them are fragments. 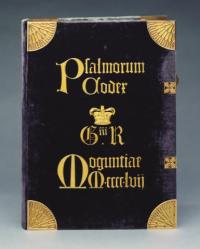 Most chronologies mark this as the beginning of book publishing. Today, we regard anything published before 1501 as Incunabula, literally meaning "swaddling clothes." These works demonstrate publishing in its true infancy. Presses spread slowly in the first couple of decades following the Gutenberg Bible, but by 1500, there were hundreds of presses around Europe. Font types, textblock styles, and literary outputs diversified, and new regional expressions were born.

Of interest are some of the other titles our publishing forefathers chose to distribute to the masses. The first printed document with a date was released a year before the Bible — an indulgence to those who would financially support the Papal Throne's war against the Turks. 1456 brought a Bull against the Turks from Pope Calixtus III as well as a "Bloodletting Calendar" to be used the following year. Gutenberg's successors, Fust and Schöffer, produced an amazing volume of biblical psalm text with music in 1457, now known as the Mainz Psalter. First editions from this period include reprints of Greek and Roman texts, natural histories, canon law, current medical knowledge, and folk tales. This period in human history is so fascinating because it demonstrates a literal explosion of knowledge and the transformation of a continent.

The British Library maintains a database of all known Incunabula around the world. Find a book from the publishing cradle living in your neck of the woods here.

And what about our friend Vlad? Well, he made some enemies in Austria. In 1463, one of the first political (non-religious) pamphlets printed in Vienna was about a horrible ruler and the disgusting, gory details of what he did to his foes. It was titled Trakle waida von der Walachei or The Story of a Bloodthirsty Madman Called Dracula of Wallachia.

Library Love: Anatomy Of The Book