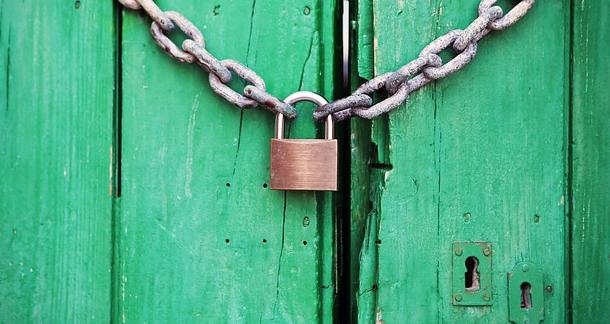 Teachers, dentists, and librarians: these are the professionals who have developed (earned or unearned) reputations as scolders. Those who hand in unfinished homework, forget to floss, or neglect to return overdue books cringe in preparation of a lengthy finger wagging. And if you’re guilty of the latter, you might also expect to pay a late fee in order to borrow books again.

The library fee was once standard practice, but over the last several years, libraries across the country have begun to eliminate or reduce fines for overdue books. The impact of these changes can be both negative and positive, depending on whom you’re asking, and it’s a more complex problem than it might initially appear. On the one hand, no fees means lost revenue for libraries that may already be struggling to pay their staff and keep up with material costs. But on the other side of the fence, fines risk deterring low-income patrons from a public educational service.

Some public libraries have cited the fact that administrative fines associated with collecting overdue materials actually outweigh what they make on fees...

You might be rolling your eyes over the title of this article. What’s this socialist going on about? After all, how much can a nominal fee interfere with anyone’s ability to access books? Anyone who really wants to read simply has to pay what’s owed and move on. Next time, just make sure to return what you took out before it’s due. But consider this scenario: the Everycity Public Library charges a dollar per book for every day that book is out past its due date. Say you’re a working college student who needs ten books in order to write several essays for school. Now let’s say that between a hypothetical double-shift, attending class, grocery shopping, and going to a doctor’s appointment, you find yourself a sinful three days late returning those ten books. That’s thirty dollars that you need to put towards gas in order to get to work for the week instead. Necessary expenses come first, so paying the fee gets pushed off, and then pushed off again because the rent is due.

None of this is meant to shame libraries for the fees they request, but rather to illustrate why fines could possibly become problematic for those who are already scraping by. If anything, my fictional college student is an example of a relatively moderate scenario as far as the poverty scale goes. Unpaid fines that are large enough can even impact the borrower’s credit score. But for their part, libraries also have an imposing roster of demands to fill. A 2013 report by the Institute of Museum and Library Services found that while per capita revenue has decreased in small and rural libraries over the past three years, visitation and circulation have both gone up. Libraries mean so much to so many people, taking the place of universities to those who can’t afford a multi-thousand dollar education. They sometimes become makeshift shelters for the homeless, and a church for those who worship knowledge. The San Francisco library even has a social worker on hand to direct troubled visitors to more appropriate venues of assistance. While that may seem like going above and beyond the call of duty, that’s just it— many libraries do.

Problematically, however, fees don't always do much to help a library's financial situation. Some public libraries have cited the fact that administrative fines associated with collecting overdue materials actually outweigh what they make on fees, losing them money rather than gaining it. The American Library Association largely discourages the implementation of fines, stating that:

All library policies and procedures, particularly those involving fines, fees, or other user charges, should be scrutinized for potential barriers to access…Services should be reevaluated regularly to ensure that the library’s basic mission remains uncompromised.

That said, the solution may lie in finding a midpoint between libraries and patrons. Some facilities, like The Queens Library system in New York, have developed what might be called a happy medium with their “Read Down Your Fees” program profiled by the New York Times. The program allows patrons up to the age of 21 to take a dollar off of what they owe for every half hour they spend reading. The Chicago Public Library approaches the problem by offering occasional amnesty periods where cardholders can have their fees waived when they return overdue books. During their 1985 amnesty period, 77,000 books were returned.

Community Manager
helpfulsnowman from Colorado is reading But What If We're Wrong? by Chuck Klosterman December 10, 2014 - 12:15pm

Interesting article. I'm a librarian, so big surprise, I've got an opinion on the whole issue.

To just say it from the other angle, a student might need 10 books to write a paper on a topic, however there's a good chance that another student in the same class would want to access the same materials. Returning those materials 3 days late might not be a big deal to that first borrower, or even to the library, but for the person waiting on those materials, that 3 days can mean their paper-writing time is cut in half. We have this scenario all the time during science fair season.

I'm not a huge fan of large fines, and I love things like amnesty periods, am a big believer in making exceptions or working out payment plans, and it should also be noted that many libraries still allow full access to materials and checkouts even if the patron has fines. Seattle Public Library only blocks an account once it reaches $15 in fines.

Ultimately, my recommendation, talk to your library director or board of directors about their fines and fees. Do a little research and bring it forward. Librarians love that, and they really love when the community is concerned with what's happening in the library. And ask them when they last revised their fines and fees. Ask how crucial a revenue stream this is for them and how that might be replaced. Ask if they send overdue accounts to a collection agency, and ask whether they've studied whether those patrons sent to the agency return to the library.

Truly, these are YOUR materials. So your community has the right to decide how they're handled.

Oh, and my personal stance, I'm a total bleeding heart. So if you're in the library where I work, give me a sob story that's a solid 4/10 and I'm pretty darn likely to waive some stuff. Especially if it was checked out for a boring research paper ;)

All excellent points! Thanks for weighing in on the subject-- it's true that there's a huge amount of variation between libraries on what fees look like, and what kind of scenarios could cause users to return materials late. Also, thanks for bringing up the fact that some libraries max out at a certain amount. That certainly is another way of reducing the stress on patrons.

Yep, I'm be going with the Chigaco one then. What if your a twenty five year old, and have piles of books you have to write essays on? I'm not getting any younger here.