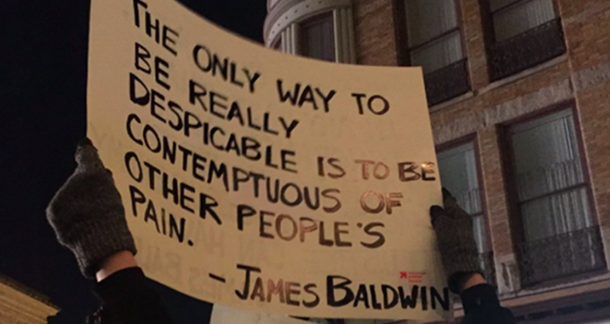 In 2011, when I was in grad school, I was working on a novel about drought, wildfire, and radical activism in the West. A novel exploring the implications of the so-called Patriot Act, which essentailly allows the US government to target environmental activists as terrorists.

My MFA cohorts were supportive, but they seemed to consider this whole political thing a big risk. They worried that the book wouldn't find a publisher. One of them actually wondered aloud if political fiction could be good.

As it turned out, that novel, Hot Season, did find a publisher (thank you very much), and it was released on November 1, 2016—just six days before the election of Donald Trump.

Needless to say, the landscape for political fiction looks a bit different now.

You may have heard of the "Trump Bump"—that spike in sales of classic dystopian novels like George Orwell's 1984 and Aldous Huxley's Brave New World. In recent months, we've also seen major interest in political YA, as evidenced by the #1 Amazon bestseller The Hate U Give, among other novels dealing with themes of police brutality.

As Emily Temple notes in a recent essay for LitHub, "In trying times like these, the notion of a novel as a form of activism seems only natural: everyone must respond to the current political, social, and emotional moment in their own way, and for writers, that way is on the page." However, she also goes on to note that "there’s also the fact that in literary publishing, there’s a definite ick factor that comes along with being too timely."

Let's face it, there's also a definite ick factor associated with fiction that comes across as preach-y or didactic. But to my mind, that's a piss-poor reason for any writer of fiction to avoid engaging with the major issues of the day.

Here are ten tips for doing it right.

1. The Frame Is Political

Wary of telling your readers what to think? Remember that the simple act of telling a story can be a political act, especially if that story is one that has not been widely told, or runs counter to a toxic narrative going around. And even a "quiet, domestic novel" like Alexis M. Smith's Glaciers—about a librarian who falls for a veteran home from Iraq—can make a  big statement. 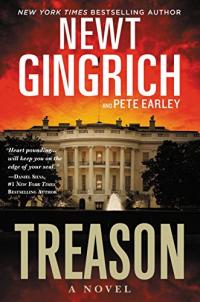 2. The Personal Is Political

Consider Rene Denfeld's multi-award-winning novel, The Enchanted. Whatever your opinions on the death penalty in the U.S. (not to mention the prison system as a whole), you can't argue with the protagonist for seeing the practice as inhumane, because this is an opinion that has arisen both from her work as a death-row investigator and some deeply personal circumstances in her life. In this way, a novel can give the reader the opportunity to see things, almost literally, through someone else's eyes.

3. Nuance Is Your Friend

One of the reasons authors often resist engaging with politics in their fiction is because politics, in real life, is a realm often characterized by a rigid, black-or-white thinking, the ancient enemy of art. No one wants to write Newt Gingrich's political thriller but Newt Gingrich.

As with any charged topic, though, the truth of the matter often lies somewhere in between. In Cari Luna's award-wnning debut, The Revolution of Every Day, which revolves around the lives of NYC squatters in the nineties, there are characters who are idealists, pragmatists, pessimists, and opportunists (and hey, even the idealists may be cheating on their spouses). No one is wholly good here, or wholly bad—but that doesn't keep the novel from pointing out that the way these people were shoved aside by Guiliani and the NYPD is a goddamned shame.

4. Humor Is Your Friend

Consider The Monkey Wrench Gang by Ed Abbey—it's the tale of a ragtag bunch of oddballs (including a former Green Beret, a wilderness guide, a retired doctor, and a NY liberal, mainly thrown in for the sake of her boobs) who take it upon themselves to sabotage the runaway development and extractive industries that threaten the Southwest. It's a fire-breathing leftist polemic, a damn-near-diatribe, but it's also funny as hell.

It is also one of the most enduring works of political fiction of our time. 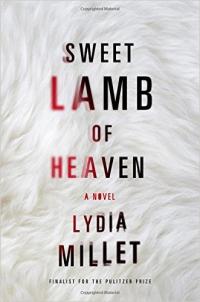 5. Don't Be Afraid to Go to Extremes

Consider George Saunders's much-discussed short story (from The Tenth of December) "The Semplica-Girl Diaries." In this story—centered around a middle-class dad trying to keep up with the Joneses for the sake of his kids—it's totally normal for a family to display its affluence by having a series of young women from Third World countries strung up outside their home on a kind of clothesline, via "painless" surgery.

This absurd practice is so normalized that for much of the story, these young women are simply referred to as SG—and it's the protagonist who's considered weird for questioning whether this practice (reminiscent in so many ways of domestic labor in this country) is humane.

Sometimes, in order to see what's right in front of our eyes, we must be presented with a version of it that is exaggerated to the extreme.

6. Don't Be Afraid to Call a Spade a Spade

That's not just gross, in my opinion; it may actually be evil. And that's exactly the case that Lydia Millet makes in her most recent novel, Sweet Lamb of Heaven—a literary thriller centered on a woman on the run from her businessman-turned-politician husband, who may, in fact, be a demon.

There are many ways to be political in your fiction without being overt. But that doesn't mean overt can't work as well.

On the flip side, consider Viet Thanh Nguyen's Pulitzer Prize-winning debut, The Sympathizer. In it, a communist double agent,  a “man of two minds,” builds a new life with other Vietnamese refugees in the US while secretly reporting back to his communist superiors in Vietnam. Not only is this a character who can "see both sides," he's one who shows us how much our own POVs are rooted in the circumstances of our own lives.

Sometimes the most revolutionary act of all is seeing both sides. 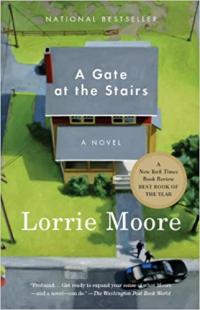 It can be hard to get at big political issues—which naturally affect many different people in many different ways—through the POV of a single protagonist. For that reason, multiple POVs may be necessary to convey the scope of the issue you're grappling with.

Consider Your Heart Is a Muscle the Size of a Fist, Sunil Yapa's debut, centered around the World Trade Organization protests that rocked Seattle in 1999. The author explores the perspectives of protesters, police officers, and bystanders, as well as the chief-of-police and his son, who happens to be living on the streets as the novel opens. In this way, we're given the opportunity to understand this historic event through diverse POVs.

Which may, in fact, be the only way to understand it at all.

You won't find the word gentrification in Monica Drake's The Folly of Loving Life—though virtually anyone who's reviewed it will note it as a central theme. Nor will you find a diatribe against the flagrant falsehoods that led to the wars in Iraq and Afghanistan in Loorie Moore's A Gate at the Stairs, though this is the larger framework that, in its final pages, gives this novel its quietly devastating power.

When it comes to hot-button political topics, language that's too familiar can cause us to shut down instead of open up. By avoiding that sort of familiar language, a novel can reveal unfamiliar truths.

10. Your Work Is Political Anyway

As with voting, even failing to address political issues in your work is a political act. So you might as well take this dimension of your work seriously.

Now it's your turn. What's your favorite work of political fiction? And what tactics do you turn to for dealing with hot-button topics in your own work?

I just ordered your book. Thanks for the column. Why am I not surprised it is a woman who has the balls to open the big nasty taboo and admit we live in a larger world that will slop over into our writing whether we like it or not, and in fact, if it doesn't, our writing probably isn't worth a damn anyway. Thanks for jamming a stick in the big fart bag of ignorance that smothers our view of the sky.

I am thinking about the question you posed about my favorite work of political fiction. I am thinking about that and my tactics in dealing with hot button issues in my own writing. I find myself obstinate, opinionated and unbearable at times. I don't want to write about politics. My frustration has been being told to shut up about it. And finally, the relief of mentioning the unmentionable is refreshing.

Cormac McCarthy's  BLOOD MERIDIAN is high on my list for my favorite piece of political writing...but I will dwell in the question for a day or two and consider my answer.  I am reading Roxane Gay's AN UNTAMED STATE.  It's pretty political.

As far as my own tactics to deal with hot button issues. Maybe I have none.  A question worthy of consideration.