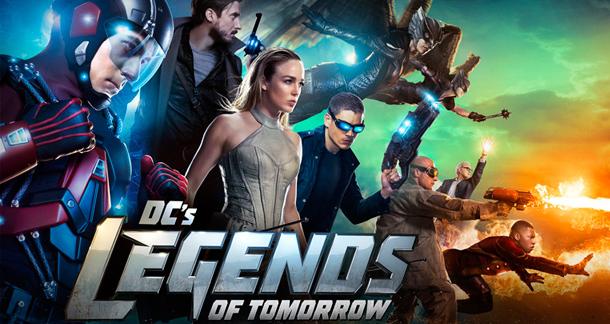 I really wanted to like this show. Gave it a sincere effort. On paper, the pitch is great: a bunch of secondary characters (heroes and villains) from DC’s popular series Arrow and The Flash get recruited by a time traveler to fight an immortal warlord named Vandal Savage throughout history. The stuff of Saturday morning cartoons rendered flesh on a primetime action adventure show. Who wouldn’t want to watch that?

But the more I did, the deeper my heart sank. The haunting realization that it wasn’t good crept up on me and the mental gymnastics began. I argued with myself, trying to explain away the flaws that only became more glaring and grating as they repeated with each episode. “The bad writing is actually a good thing,” I rationalized, “because it allows the show to be even more ridiculous. If they talked like real people, suspension of disbelief would be impossible.” That kept my reason tangled up for five more episodes. But when a scene went a cliche too far and I yelled at the television, cursing the writer’s room that had just wasted my time with this sophomore fiction workshop shit, I finally had to admit to myself that the show was not very good. In fact it was quite bad, and I did not care for it. Sadly, it has thus far been unable to deliver an episode worthy of its amazing premise. That’s not to say it has no potential, but the show indulges in lazy writing, the kind you would expect from an actual Saturday morning cartoon, only spoken with manufactured gravitas by a wildly uneven ensemble.

“The bad writing is actually a good thing,” I rationalized... “If they talked like real people, suspension of disbelief would be impossible.”

There is one thing the show excels at, and that is the action. Pretty important for an action adventure program, and they nail it. There’s usually one big set piece per episode, and they are magnificent to behold. Massive laser battles while ninjas fight in the background and people with wings and power armor blow up a weapons bazaar from the air. Legends never looks better than when its cast is in motion, like that colorful two-page spread from the middle of the book brought to life.

Unfortunately, in between these kickass collages of awesomeness, the characters occasionally stop and talk to each other. That is when things grind to an excruciating halt. The dialogue has proved far more memorable than the action set pieces, and in all the worst ways. A few subpar performers are enough to derail the ensemble vibe the show was reaching for, although even the best of them can’t save the scripts. An incoherent plot is a forgivable sin in a time travel story, but replacing it with tedious, flat dialogue is not the way to redemption. The group argues with each other over petty nonsense in an attempt at drama when they’re not vomiting exposition or technobabble. While similar scenes are quite charming in Avengers, here they feel like strangers fumbling through their first improv class together.

Some of DC’s worst habits in character development are on display in Jackson, whose every line sounds like it was written for an “urban” comic book in 1994, and his bickering with Professor Stein never achieves any kind of chemistry that would elevate it from irritant to entertainment. There’s also Kendra, who despite being a reincarnated warrior goddess and the only one who can kill Vandal Savage, is defined entirely by her romantic attachments to male characters. A whole episode is wasted on two men competing for her like some kind of prize. And even though she turns one of them down, that immediately changes when he almost dies. I suppose it’s a good way to pass the time, as the show doesn’t seem to need her for anything else. Perhaps she could help poor Rip Hunter, who is busy explaining so many things he barely has time to develop his character.

This would all be in campy good fun were it not for the show’s clumsy attempts at moralizing. Our crew from the present are constantly visiting different time periods to try to disrupt Savage’s rise to power. Along the way, they find time to lecture the locals about their future mistakes and pass judgment on how they live. Even though half the crew are criminals, they always seem to know when to stand up for the “right” thing: when it’s convenient to the plot. In the episode “Fail-Safe,” Professor Stein is captured by the Soviets in the 1980s. This poses a huge problem because Stein has knowledge about metahumans that the USSR could use to start making super-soldiers, thus tanking our version of history. Rip Hunter (the leader of the team) tells White Canary (a former assassin) that if Stein cannot be rescued, he must be killed to protect the timeline. Although hesitant, she accepts that this may be a necessary sacrifice for the greater good. Enter Captain Cold, an unrepentant thief that murdered his own father, who climbs up on his high horse to shame Canary for even considering taking out one of their own. He might be a bad guy, but even he wouldn’t turn on his own team. Or so he says. Later in that same episode, the Captain sneaks into a gulag to spring two of his fellow legends. Upon discovering that the Atom has been beaten so severely he cannot walk, Captain Cold tells Heat Wave to abandon him because it would look too suspicious to carry him out. Not ten minutes after telling Canary about the sanctity of the team, Captain Cold suggests leaving one of its members to die. These scenes feel like they were written by two different people who never read each other’s work, and they are only the most visible seams in this patchwork quilt of superheroes and soap opera. 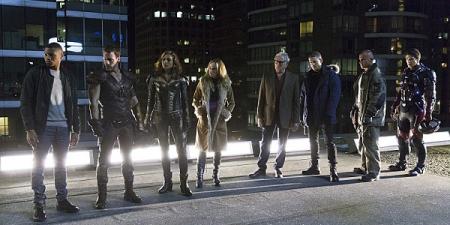 The fatal flaw in Legends of Tomorrow is that it seems completely unaware of its own strengths and weaknesses as a show. Its important to accurately gauge such things, so the show can capitalize on what it's good at and minimize the impact of its shortcomings. The show spends far too much time treading water as the cast struggles through the awkward dialogues about their personal insecurities. During these scenes the actors look just as desperate to get back to the fight as the audience, and when a whole episode passes by without an epic, screen-filling showdown, there is no ignoring the feeling you have been cheated out of your time.

Without a doubt or even a serious rival, the highlight of Legends’ non-combat scenes was the warped “Lenny and George” relationship between Heat Wave and Captain Cold. Although partners in crime, they could not be a more mismatched pair. Heat Wave is a serial arsonist with an alignment you could generously call chaotic evil, while the Captain is a brilliant thief with a code. The latter sees the value in saving the world so that there will still be places worth stealing from, while the former would rather watch it all burn and throw a kegger in the ashes. While Vandal Savage is an obstacle to both their plans, they disagree about the reasons why and what to do about it, and the tension between them is the closest the show ever comes to compelling drama. So of course that storyline was abruptly cut short, as was my patience for the show.

Legends of Tomorrow has so far proved disappointing, but the concept and many of the characters still brim with potential. It has all the ingredients for an hour of exciting superhero television; all they need is a chef capable of cooking them up in the right way. Perhaps season 2 will be able to deliver on the promises made by the title.