Column by Cameron MacKenzie December 7, 2021
In: 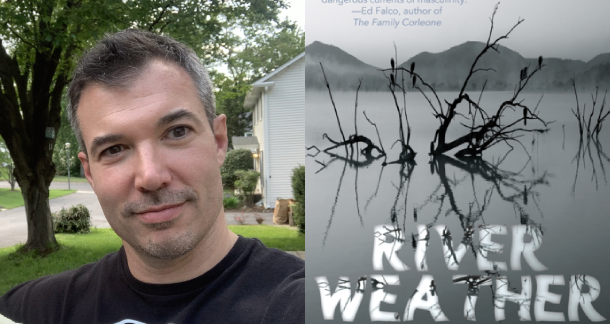 When I started writing, it was for defense. It was a way to keep the world at bay by naming it—that way I could tame the big scary uncontrollable mess of reality and force it to make some kind of sense. In order to do that properly, I came up with some rules, some principles for writing that I'd picked up here and there that, when consistently applied, I thought made my work sound serious, and literary, and mature. I got some stuff published at some good places, and I congratulated myself on cracking the code. In truth I had a very long way to go. I had, at that point, come to terms with so little of my lived experience that I didn't have much going for me other than my fear, anger, and desire to write something good.

Ezra Pound—a big rules guy himself—said that there are many good young poets, but no great young poets. It's easier to be good at poetry when you're young, according to Pound, because you can use the structure of poetry to solidify the passion you're experiencing, and when you're young that passion is right on the surface—you're living through it for the first time. If you're sensitive enough to it, you can channel it through the demands of a poem and come up with something pretty good. But the poetry won't be great. You have to be older to be great, Pound said, because only time can properly distill experience and form in order to provide true insight—something new, in Pound's words, that will stay new forever.

I murdered first drafts by tightening the screws so hard that the screws were all that was left. I sucked the joy out of every sentence, thinking I was "cutting the fat."

I don't know about poetry, but when I started writing fiction, I yearned for a rigid structure. It functioned as both my defense and my cover, but stuff written that tightly starts to feel mannered and intentional. It feels narcissistic and naive. That's the kind of work I was doing in the beginning and, looking back now, I see that I was doing it because I was terrified of being seen, and terrified of being known.

This fear, and the anger that masked it, was so prevalent that it became my central theme; I told stories in which terrible people did terrible things to other terrible people, and my stringent rules demanded that I do so using a nearly brutalist style, strangling my sentences to death: subject-verb-object, nary an adjective to be found. I murdered first drafts by tightening the screws so hard that the screws were all that was left. I sucked the joy out of every sentence, thinking I was "cutting the fat." After a while I had to acknowledge that I didn't want to write anymore, not if this was what it felt like.

A writer told me once that as you age, the two hemispheres of your brain form a new connection. He told me that the feelings of the right brain leak over into the left brain, enabling you to feel emotion in a way you'd never experienced before. I thought that guy was full of shit, but then I had kids.

Kids, for one thing, forced me to fall out of love with my own anger. That was important. But kids also removed me a bit from people younger than myself, who I could suddenly observe going through the same things I'd already gone through. The distance was just enough that I was afforded a little objectivity, and with that objectivity came a little empathy. The struggles that I thought were mine alone were not. My precious struggles weren't even unique, and once I realized that the world was not bent on my personal destruction, I lost a little of my fear. As a result, my writing opened up.

I got comfortable enough to be vulnerable on the page; that is, I found myself able to provide honest and compassionate reflection about my characters and the situations I'd put them in. My sentences got longer. I'd even throw in the occasional adjective. Where before I was bent on simplifying my writing, I came to believe that honest art has got to have enough give not to do battle with life, but to portray it, maybe even replicate it. A story has got to be flexible, complex, challenging, interesting—even (God forbid), fun. And as my writing got a little more fun, the stories got a little more complicated, a little more messy, and a lot more alive.

Cameron MacKenzie’s work has appeared in Salmagundi, The Michigan Quarterly Review, The Rumpus, and CutBank, among other places. His novel, The Beginning of His Excellent and Eventful Career, was called “poignant, brutal, and beautiful” by Kirkus Reviews, and “visionary” by Rain Taxi. River Weather is his first collection of short stories. He lives in Roanoke, Virginia.