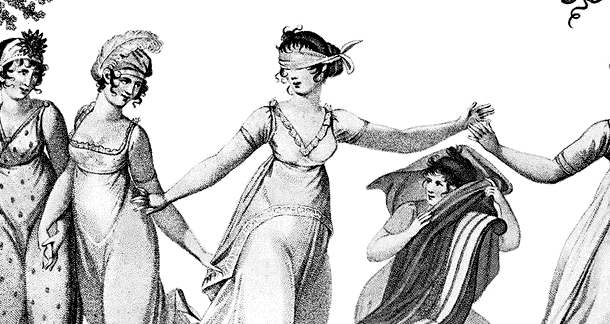 Imagine this scenario: you’re reading Stieg Larsson’s Millennium trilogy and you come across a description of Lisbeth Salander’s wasp tattoo. You realize that you’ve never seen a wasp— in fact, you’ve never seen the color yellow. Think of Anne Shirley’s red hair, or the sea and sky that “look like fabric” in To the Lighthouse. With no visual referent, what do those words mean to you?

The Seen and the Imagined

The National Federation of the Blind estimates that over six million adults suffer from a form of visual impairment in the United States. These individuals experience varying levels of blindness, but many of their number come into the world without sight. This doesn’t mean that they don’t “see” anything in their mind’s eye, however. A 2012 study published in the journal Neuron recorded results from testing visual sensory abilities of people who were born blind. Researchers found that subjects who were monitored by a brain scanner and exposed to various stimuli experienced visual cortex activity previously believed to be impossible for anyone born with severe visual impairment. In other words, the brain can be trained to “see” even when the eyes can’t.

The inherent meaning of a character doesn’t hinge on their appearance so much as the substance of their actions.

In What We See When We Read, Peter Mendelsund, associate art director at Alfred A. Knopf, proposes that physical features are not always an important element in identification. He claims, “Though we may think of characters as visible, they are more like a set of rules that determines a particular outcome.” The inherent meaning of a character doesn’t hinge on their appearance so much as the substance of their actions. He describes reading as a kind of window blind; an activity that juxtaposes the inner and outer worlds through a filter. “When my eyes are closed, the seen (the aurora borealis of my inner lids) and the imagined (say, an image of Anna Karenina) are never more than a volitional flick away from each other.”

According to Enabling Technologies, a manufacturer of Braille embossers, the earliest school for the blind opened in France in 1260. Its residents were said to be knights who had their eyes gouged out during the Sixth Crusade, but this was actually a bit of patriotic puffing the school used to generate fundraising. The occupants of the school would later inspire a man named Valentin Haüy, a weaver’s son who was sickened by the life of ridicule and hardship he saw the blind living on the streets of Paris. Haüy created raised wooden letters to teach reading by touch, a development that lead to the opening of a new institution for blind learning with its own press for making books with raised print.

Enter Louis Braille, who was three when he blinded himself while playing with some of his father’s tools. The wound was quickly treated, but it developed an infection that spread to the other eye and resulted in total blindness. At first, Braille was allowed to attend school with his peers, and his memorization skills kept him at the head of the class. His father began to cut leather strips into the shape of letters for him, and his sister would similarly create straw alphabet pieces. Despite these efforts, the young man eventually had to leave school as the required reading grew more complicated. At ten, Louis was sent on the patronage of a local noble to attend the Royal Institution for Blind Children in Paris. By then, the school was not in top condition. An 1821 report found it to be “evil-smelling and conductive to the spread of disease.” Haüy’s raised print system constituted the bulk of literature for the blind at the time. Because the print had to be very large, the books were quite cumbersome.

A light bulb first went off over Braille’s head when a Napoleonic artillery captain attended a school assembly. The captain and his soldiers had developed a system of communication called “night writing” with raised dots and dashes that represented specific sounds. The school implemented the system on a trial basis, but it was still quite crude, and more suited to the needs of soldiers than young students. Braille sensed that further refinement was needed, and the teenager tried to simplify the system in private. He reduced the number of dots and used them to represent letters instead of spoken syllables. The school adopted Braille’s improved system and hired him as a teacher, although it was in that place that he probably contracted tuberculosis before dying at the age of 43.

For years after Braille's invention, the lack of uniformity by printers continued to make reading for the blind difficult. Many still had to learn multiple separate codes, because books were not printed in one standard type. In 1878, Braille was adopted as the standard by most European countries, but it took the U.S. 40 more years to sign on. Today, companies are struggling to create an affordable eBook device for visually impaired readers. Several groups, such as Pera Technology in the UK, are trying to develop eReaders that use paraffin wax to create tactile letters. Some intriguing technology is involved, but the project has encountered difficulty generating enough funding to create a marketable product. At present, Braille volumes cost four or five times as much as regular books to print, and the challenge of creating readable books for the blind continues into the 21st century.