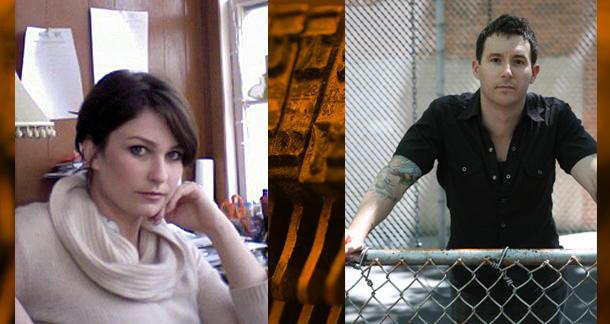 Next week we kick off another installment of Plotlines, a workshop led by best-selling author Joshua Mohr, on finding the balance between character and story. While prepping for the class, Joshua thought it would be fun to engage another writer on the subject, and he picked Anisse Gross, the film editor at The Rumpus. They had a great talk about plot as a burned-down house and the importance of trusting your characters to drive:

Joshua Mohr: Plot is something that confuses a lot of writers, and even more literary authors look down their nose at plot. But since we both like plot, let’s start with why we like it. What is plot, and why do you like it in narratives?

... [As] writers we have to hand over the car keys to the protagonist, even if they prove to be terrible drivers at first. Over a few drafts, they'll figure out how to navigate their roads like champs.

Anisse Gross: It is a clichéd metaphor at this point, but for good reason: plot is the architecture of a story. The thing about architecture is that you feel safe sleeping in a house designed by a real architect. And yet there's so many different kinds of homes one can build. Victorians, subterranean bunkers, tree houses, cabanas linked by walkways. It's really useful to me to think of plot as a home. There's the opening bit of prose, which is like the welcome mat. The front door cracks open—the inciting incident. When you walk into the living room, the protagonist is introduced. Then of course there's subtext, which is like all the dead skin lurking in the living room carpet. To answer your question about why I like it in narratives—I guess I like coming home to something, even if it's a burned down house with only a few wooden beams standing and a ghostly curtain singed at the fringe, blowing around in the dark.

Joshua Mohr: I really like the metaphor of the house. It makes us think about plot in 3D terms, gets us away from thinking about it as a straight line. Most stories are disjunctive, popping all over the place in time, and no linear representation of that will really tell us what's at work in a particular story.

The way my mind works, I think of plot as a "meaningful series of events."  I don't mean what's meaningful to the author; I mean what really matters to the main characters. They have to be in charge. It sounds schizophrenic, I know, but as writers we have to hand over the car keys to the protagonist, even if they prove to be terrible drivers at first. Over a few drafts, they'll figure out how to navigate their roads like champs.

Anisse Gross: Well, you've just bestowed me with a blessing and a curse: I just realized that the reason I can't finish this novel I've been tirelessly working on is because I'm a control freak.

I drive a 1984 Gold Mercedes and I don't let other people drive her. This is my problem as a writer! I need to get into the passenger's seat once in a while. What you say about plot being a "meaningful series of events" is a great way to think about it. A book should be the essential events in the story, strung together in an elegant and perhaps even surprising fashion. Characters are what should drive a plot. Thanks Josh. Now I have to hand over the keys I guess.

Your books are very character driven, and it's something I admire in your work. Do you have an easy time letting your characters take the wheel and steer the course?

Joshua Mohr: That's pretty fancy that you drive a gold Mercedes. I drive the 14 Mission bus. In terms of my books, it takes time to trust characters. I think apprentice writers put too much pressure on themselves to know their protagonists immediately, and that's not realistic. It takes time, takes several drafts. For me, my characters are pretty much boring, stumbling cardboard cut-outs until roughly draft 5.  That's when they start to take on a life of their own, a consciousness of their own.

The reason they start to take on a life of their own is because I've been watching them over the 4 previous shitty drafts.  I've watched them respond to obstacles I've thrust in their paths.  I've watched them act and react and interact.  Once I've gathered all this information, they start to have a thought process independent from mine. So characterization is leading to plot, and plot is leading to deeper characterization. At a certain point they become indistinguishable from each other. When I teach this, I call it "plarachterization." Do you work in a similar manner?

Anisse Gross: Let's be real—riding the 14 Mission means you have a driver, so that's pretty fancy.

I also think that while you say that plot becomes character and character becomes plot, I still think plot is character's bitch. Or at least it should be. If you have a book that's driven by plot, sometimes the characters feel like they are hitching a ride instead of planning out the course of the road trip. So ultimately it should be character driven.

Locating the characters "meaningful series of events" often happens to me in dreams. I think about them at night and hope that before I wake up I've had some kind of insight. Mostly though that doesn't happen. I try to observe the person I know that is closest to my character. For example, the book I'm working on has a group of teenage runaway girls. It's really hard for me to connect to the desires and motivations of 13 year old girls now that I'm grown, so I pay attention to girls of that demographic, who for the most part talk like they are on another planet from me.

I also try to distil a character's life down to crystal points in a constellation. I feel like their arc in a book should be these shining points, both sharp with pain and sharp with brilliance.

Joshua Mohr: I love that, Anisse. distil a character's life down to crystal points in a constellation.”  That’s super deep and super brilliant and a nice note for us to end on. Plotting a readable trajectory is no easy feat and I hope people reading this stick it out in their own stories.  Don’t put too much pressure on yourselves to get this right straight away. Follow the characters and follow the fun on the page. I promise: the fun will never lead you astray!

Joshua Mohr is the author of five novels, including “Damascus,” which The New York Times called “Beat-poet cool.” He’s also written “Fight Song” and “Some Things that Meant the World to Me,” one of O Magazine’s Top 10 reads of 2009 and a San Francisco Chronicle best-seller, as well as “Termite Parade,” an Editors’ Choice in The New York Times. His novel “All This Life” won the Northern California Book Award. He’s written a memoir, “Sirens,” and is under contract with FSG for the second installment. His next novel, “Get Rich,” will be published by FSG in winter 2021 and has already been optioned by Circle of Confusion Television Studios. Recently, AMC bought his noir show.

Architecture metaphor made me think of "plot" as a plot of land....

I agree characters need some time to learn their way around. Architecture is a great metaphor for the structure of a story. Cities, not just buildings have an architecture that has to be learned. That's the fun of it.  As you say, give them the keys to the car and see where they take you.

Thanks for the helpful article, and thanks for using public transportation!