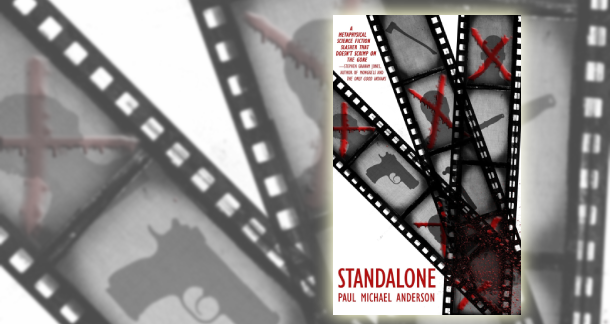 Talking about the scare-factor or the horror element of slashers can be as messy as a setpiece designed by Tom Savini with an unlimited budget. I've killed three previous drafts of this article for that reason, struggling to maintain the balancing act of word limit and avoiding the sweaty pantings of neckbearded fanboys. I've wound up disemboweling those pieces for parts in subsequent drafts; let's just hope I wind up with an article closer to Lucky McKee's May (2002) and not, y'know, something like Juan Piquer Simon's Pieces (1982).

The problem with writing about slashers comes from two fronts—one's personal definition of horror and how/why slashers endure in the cultural zeitgeist (we're talking almost exclusively films, here, but there are numerous excellent prose slashers—see Adam Cesare's Con Season, Stephen King's The Dark Half, or Joshua Williamson and Mike Henderson's comic Nailbiter and Nailbiter Returns—and arguments could be made for both Lauren Beukes's The Shining Girls and Oyinkan Braithwaite's My Sister, the Serial Killer).

First, a definition on horror and, look, we could dedicate an entire course to what's scary, why, and how, and, at the end of the day, might never get to the bottom of it. Going forward, I'm using a quote that's usually attributed to the novelist Joe Hill. I don't know if it's actually from Hill (all my Googling leads to awful Goodreads listicles and tacky wallpapers), but it lines up with my own philosophy of how you draw out someone's fear.  "Terror," Hill is purported to have said, "is the desire to save your own ass, but horror is rooted in sympathy."

...we have to address how and why certain slashers become incorporated into the public consciousness, enduring through generations and communities—and it honestly has nothing to do with how scary they are.

That's a great quote. Horror only exists as a sympathetic and/or empathic reaction to something awful being done. When writing horror, the building of tension and the soliciting of horror comes from our ability as creators to connect audience with characters. Through characteristics or basic verisimilitude (which sounds a lot simpler than it is), the audience can "see" the characters or the situation and compare it to themselves, those they know, or experiences they've seen or gone through before. Then, we take that connection and ply it with the audience's knowledge (given to them by the writer) of what's around the corner, in the old house, waiting on the voicemail.

Doing this isn't a Sisyphean ordeal for a writer—the flashback scene in the first Saw film where the Amanda Young character escapes the Jigsaw killer's reverse bear trap takes a whole five or so minutes, but we're all anxious and apprehensive throughout. The composition takes a common element—confusion, helplessness—and lets our imaginations take over, wondering what would happen if the timer runs out and the trap affixed to her jawline springs open. The gore in that scene—stabbing her drugged lover in the stomach to retrieve the key—is handled almost entirely in shadow. That's the good horror. We feel empathy for this fictional character through nothing more than having imaginations and knowing what it's like to feel helpless, confused, or both.

However, I write the above, and fears of people writing characters that are basically poorly camouflaged versions of themselves pop into my brain, right down to the stains on their sweatpants (I'm not kidding about that detail; I've run or attended a number of writing workshops), but I'm going to have to assume that, when writing, you're incorporating as much of life as you can (ahem, verisimilitude), and not just your own provincial standings.

Okay, so that's horror in general. What about the slasher?  How can a slasher be scary and why does it fail?

First, like defining what's scary, we have to define the "slasher": A slasher is a story where a figure (we'll use common nouns because there are a ton of variations) stalks and kills a number of people with an edged weapon, often on the anniversary of some tragic event and often as a revenge over some past slight against the killer, resulting in them seeking bloodshed.

That definition took me twenty minutes and consulting three different articles (plus one podcast interview with writer Stephen Graham Jones) to settle on, and there are a ton of exceptions to it. There are also a ton of problematic elements to it—in the hands of the laziest handlers, mental illness is exploited, and many of the victims' fates can be traced not to whatever the story's tragic antecedent is, but rather some weird 1980s-puritanical transgression. How accidental do you think the concept of the virginal final girl is, honestly?

Moreover, we have to address how and why certain slashers become incorporated into the public consciousness, enduring through generations and communities—and it honestly has nothing to do with how scary they are. When we think of slashers, we think of figures like Freddy Krueger (A Nightmare on Elm Street), Jason (Friday the 13th), Michael Myers (Halloween), or Scream (because no one remembers the name of fucking Ghostface). Maybe you'll get a Chucky tossed in. We think of series characters. We remember them because they're always around, not because they're particularly scary.

But those guys were in better movies, you might argue. Oh, really. So, for example Halloween H20 is better than say Madman? Friday the 13th, Part VIII: Jason Takes Manhattan is more entertaining than, say, Bloody Birthday?

The answer is no, of course not. All of those movies—the sequels and the standalones (haha!) mentioned are terrible. The original movies are good, scary, even, but not the diminishing returns.  Even generally "good" movies like A Nightmare on Elm Street, Part III: The Dream Warriors or Friday the 13th: The Final Chapter pale in comparison to those first films. I have no love lost for Wes Craven, personally, but the original A Nightmare on Elm Street is three-quarters of a good movie (Freddy's demise was just fucking stupid, practically screaming the fact the creators had no idea how to end it).  Friday the 13th was designed as a cash-grab due to Halloween's success (Sean S. Cunningham made no bones about this), but it's an effective story that already, in 1980, was playing with sub-genre tropes (hi, Jason's mom!).

But, without the milking of future sequels, would they be remembered any more than, say, The Burning or Maniac? And, actually, of those series characters, Freddy's the most universal of them all, both because he appeared as toys, music, and a 1-800-number, and also because he had an actual personality, as opposed to the monotone killing machines of Michael and Jason. 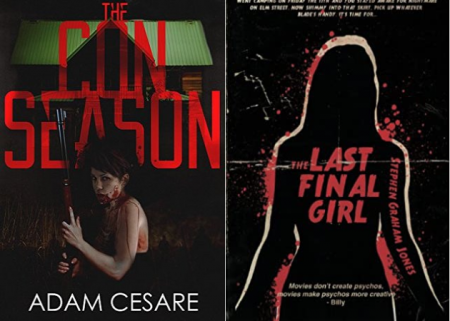 Fred Krueger, honestly, shows the double-edged sword of horror slasher writing. While snarky in the first film, he was barely a sketch compared to the definition he gained in the future films, developing an almost Vincent Price hamminess to his killings. That might've made him more "real" to viewers, but it came at a cost to the actual people we, the audience, were supposed to be rooting for, and we began to be more interested in how they died instead of the fact that they did die. The last time the audience cared about the heroes of Nightmare was when the Nancy character died in Dream Warriors, the third movie in a seven film franchise.  Even Craven understood this, bringing her back in the clunky-meta final movie, New Nightmare.

The old chestnut in writing is to make your villain believe they are the hero, even though in slashers that seems to be ignored—none of the killers mentioned believe they're doing the lord's work and, in most cases, barely pay the lip service of seeking "justice" or "vengeance" (I'm thinking of Scream as I write this, but that story's held together through lip-service and fan recognition and little else). And that's okay! Like a lot of writing rules, they can and should be broken, depending on the circumstances.

But, if you are writing villains, and they are unabashedly villains, who are we, the audience, supposed to be rooting for?

Good slashers exist, of course—Adam Cesare and Stephen Graham Jones have both written stunning slashers, as well as films like You're Next, May, Behind the Mask: The Rise of Leslie Vernon, the first Candyman, etc—and nothing written here should dissuade you of that notion. But what already exists in the marketplace does make it harder to create something both memorable and scary, mainly because what exists is so loud and distracting.

This is where genre-bending and meta-awareness comes in, of course. I'm thinking of novels like Cesare's Con Season, Jones's The Last Final Girl, my own Standalone, or the films Behind the Mask and Scream, but bending and awareness comes from an acknowledgement of what's been discussed above. While I incorporated a specific kill from Friday the 13th in my new novella, for example, I knew I was writing villains as my protagonists and, somehow, had to both keep them villainous and empathetic, while also making the story's antagonists empathetic.

How scary and memorable all that is, comes down to you, the audience, in the end, of course.

Buy Standalone at Amazon or directly from PMMP

Paul Michael Anderson is the author of the collection  Bones Are Made to Be Broken, which Jack Ketchum (The Girl Next Door, The Secret Life of Souls) called “a dark carnival of rigorous intelligence and compassion, the title novella alone of which is well worth the price of admission”, as well as the novellas I Can Give You Life,  and How We Broke (with Bracken MacLeod), and dozens of short stories, articles, and reviews.  His new novella Standalone arrives in September 2020, and Stephen Graham Jones (Mongrels, The Only Good Indians) describes it as “A metaphysical science fiction slasher that doesn’t scrimp on the gore and might just get you rooting for the guy with the machete, the ax, the knife, and that certain glint in his eye that lets you know it’s all over.” You can find him on Twitter under the inspired handle @p_m_anderson, or his website thenothingspace.net.