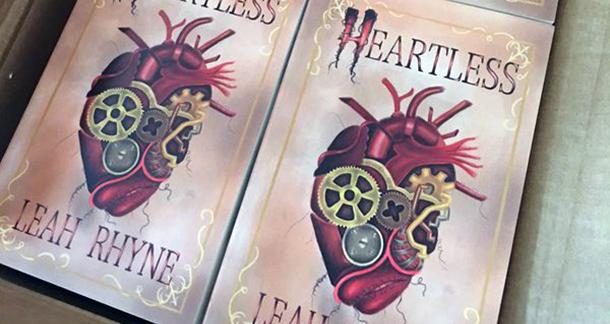 Six years, and in all that time: everything I've written has had a touch (at the bare minimum) of supernatural or speculative elements.

When I began writing, six years ago, I envisioned myself (of course) writing the next great American novel. I envisioned myself as a Jewish Toni Morrison, perhaps, or at least a new Harper Lee. A woman writer, or rather a Woman Writer. Literary and great.

Then I dove into my first story. I started with a young female narrator, going through young, female experiences.

I floundered within three days. I got bored. Irritated. Why would anyone care about this young female narrator, going through young, female experiences? I didn't even care (much) about her!

I write what I love, and what I love (truly and deeply) are the ghosties and goblins. The dark stuff.

On a whim (or perhaps a sugar high), I added some zombies. Some blood. Lots of guts and gore. And pretty soon I had myself a novel.

And a fledgling career.

Who knew? All I needed was a dose of the supernatural, and I was off to the races.

From there, the stories flowed. Everything I wrote had something unearthly about it. Undead creatures. Demons. Aliens. Monsters. Ghosts. When I joined the WAR II short story contest here at LitReactor, I realized quickly that many of the most powerful stories were set in reality, without any of the supernatural elements I loved...but still, I couldn't let go of my goblins or my robots.

For a while, I failed to embrace it. I couldn't.  "What do you do," people would ask me, and when I'd answer, "I'm a writer," the inevitable question would always follow: "What do you write?"

And (I'm ashamed to admit this now) I'd blush, and look away. "I write horror," I'd say, flushing deeper. "And sci-fi. You know...genre fiction."

Those last words I'd say in a whisper, as though it was something dirty. Something secret. As if I were writing the smuttiest of smut, the stuff of Donald Trump's wet dreams.

As though writing genre fiction was something to be ashamed of.

And maybe I was a little ashamed, at least at first. I mean, you don't often see Pulitzers going to sci-fi novelists. The Nobel Prize for Literature hasn't yet been given to a pulp writer.

But I couldn't stop. My dirty little genre secret wouldn't let go. Even amid the (mild) sense of shame, I knew: I loved my stories, ghosties and all.

For a while, though, I wondered: is it possible for me to write without those genre elements? Can I write without the monsters and the beasts and the goblins? Or am I stuck, destined to dabble in guts and gore, without ever touching on the truest elements of life?

Or is it that the supernatural, fantastical elements allow me to find those truest elements?

About five years ago, I began writing a book set during the Holocaust. It was a story I began (unknowingly) researching when I was ten years old, and it was based on a single image: a lovely young woman in a wedding gown, with red hair fiery against the backdrop of a snowy Ukrainian night. Hitler's secret storm troopers, lining this woman up with the other inhabitants of her Jewish village, preparing to slaughter them all. A man — a Nazi — rides up astride a massive horse, and sees the woman. "Stop," he shouts. "You cannot kill her! This is not a Jew!"

"This is not a Jew." That was the place I started. I wanted to tell this woman's story of being saved by a Nazi because she was too beautiful to kill, of his denial of her heritage, and of her ultimate survival of the Holocaust. 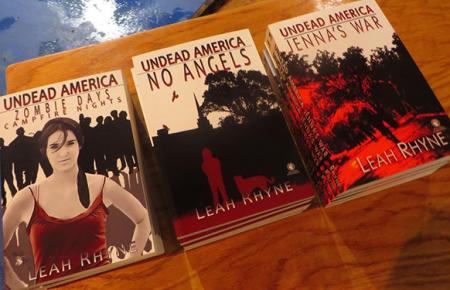 I must have started this book a dozen times, writing different versions of the above scene. I'd start, and I'd fail, and I'd start and fail again.

Then one morning, I woke up imagining an old gypsy woman. I imagined a way for her to leave one body and claim another. I imagined her surviving the Holocaust by taking over the youngest, strongest bodies, and then an entire book was born. It's finished now, and gradually I'm submitting it to the publishing world to see if it's good enough. I hope it is; I told my story, and I love my story, and I hope it's good enough to share.

But I could only write my story, you see, once I added that bit of supernatural. I couldn't tell it without making it unbelievable.

So...is the supernatural, the speculative, my security blanket? My crutch? Can I write without it?

The answer, as it stands now, is: I don't actually know. I no longer know if I want to. I love being a speculative writer. I love the possibilities. In the above example, I initially floundered because, in this case, the believable was truly unbelievable. This was something that could have — and did — happen. The horrors of the Nazi death camps are so real, so terrifying, I struggled with writing them. By distancing myself slightly, adding a bit of magic, I could finally put into words my thoughts, my fears. I could not have written this story without it.

I think, now that I'm thinking about it: I write what I love, and what I love (truly and deeply) are the ghosties and goblins. The dark stuff. The creeptastic and the fantastic and the surreal. I recently wrote my first middle grade novel. My daughter's been asking me for a story she could read, and I finally wrote it for her. And this book? This was a wild romp through the New York City subway system, with children encountering monster after monster, fighting for their lives as they stand by each other. The Goonies, perhaps, meets C.H.U.D. Two movies that shaped my childhood are now shaping my daughter's, too. Kind of circular and cool.

Writing it was perhaps my most joyous writing experience to date. I loved every minute of it, and so far, my daughter seems to love it too.

Today I start work on the sequel to my first young adult novel. The first was a retelling of a classic Frankenstein-monster tale; now I'll dabble in AI and even (gasp) the singularity. It feels almost too smart for me, but I will learn as I go, and I'm so excited, I can't wait to get started.

So maybe that's it...maybe I do write the stories I love, and those stories have, so far, included weird speculative elements. I was raised on Star Wars and Freddy Kruger. Those have always been worlds that helped shape me. So maybe it's not a crutch, per se. Maybe...it's just me?

What do you think? Do you have a writerly security blanket, or are you simply writing...you? I'd love to hear your thoughts!

Cheryl Puente from Philadelphia is reading Winners Have Yet to Be Announced - A song for Donny Hathaway by Ed Pavlić February 10, 2016 - 11:43pm

I know one thing: if it wasn't for Christopher Pike's young adult supernatural fiction, I don't think I would've survived my tweens OR teens, so know that the young adult world needs you and your ghosties and goblins!!

@Cheryl - YES!!! Christopher Pike!! Ohmigosh I LOVED him sooooooooo much! You're now my new best friend because CHRISTOPHER PIKE!!!! <3

Dino Parenti from Los Angeles is reading Everything He Gets His Hands On February 11, 2016 - 9:47am

I love this! If this is your wheelhouse (for now), run with it. It's funny to me because when I started writing, I thought that was all I would write--the horror, scifi, monsters, etc.--but everything eventually went back to "reality." Even my speculative stuff is science-probability as opposed to fantasy. It kind of bugs me sometimes that I can't go to the fantastic straight on since that's what originally inspired me to take up the pen, but maybe it'll happen one day. Looking forward to Heartless!

Great column, Leah. I too loved Christopher Pike!!! Die Softly was my favourite. But so so many good ones :)

My stories are always dark, emotional and satirical.

Hahaha, Dino, I didn't know we were opposites! That's funny to me! I can write the complete insane stuff, with no basis in reality. I have no problem with that. :D

And thanks, Em! My favorite was called Spellbound (and yes, I did have to look it up, but as soon as I saw that title it all came flooding back!!!). <3 <3