Is Print the Popular Kid Again? 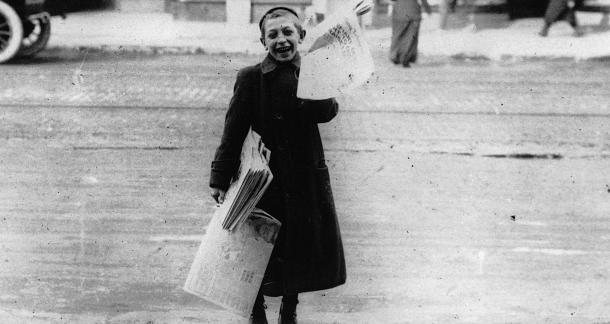 When the Daguerreotype was invented in 1839, artist Paul Delaroche famously stated, “From today, painting is dead.”

The passage of time eventually proved Delaroche incorrect. Today, painting is not dead, but it has changed radically. Since this observation, artists have adapted the definition of what may be called art, developing a more diverse array of instruments in order to grow. Likewise, although there are many analysts who would argue that “print is dead,” there are signs that traditional media may not have both feet in the grave quite yet.

Eighty-one years after its very first issue debuted, Newsweek has started the presses back up again. After announcing in 2010 that it was merging with The Daily Beast and ceasing production, the comeback surprised many print industry skeptics. Despite Newsweek’s past troubles, the New York Times reported in December that its editors have plans for a more subscription-based sales model. Rather than relying on advertisers, the plan is to raise the retail price.

But Newsweek isn’t the only publication exploring traditional print options. Over the course of 2013, several sizeable publications made a jump in the opposite direction. Rather than reverting to print after being forced to abandon it, these companies began online and opted to develop print editions to accompany their popular websites. Politico, for instance, launched its first physical run of magazines this past November. After online traffic began to falter, the concept of a free, bi-monthly print edition was devised as a way of strengthening and expanding on an existing readership.

Politico is probably the most notable example of a website, but indie music magazine, Pitchfork, recently made headlines for doing the same thing. Why would a successful digital music publication gamble on something as seemingly archaic and doomed as a print magazine? The Chicago Tribune quotes part of the premier issue:

After 17 years online, we thought it was finally time to bring you something you can hold. Since so much of enjoying music has to do with real, physical interaction … why not read about music culture in the same way?

Politico’s end goal for creating a print edition is, of course, to make money. Exactly how will this work if magazines sales have been deflating like a punctured balloon? The idea is that, instead of having to churn out a constant stream of content, a well-formulated magazine can sit on a shelf for a couple of weeks and still eventually end up in someone’s shopping cart. Online content, however, is constantly competing with other online content, and it’s always being published, every hour of every day.

In a critique of TIME Magazine’s web strategy, editor Joshua Macht pinpoints the difficulty of cultivating a dedicated readership with a solely online format:

The web is deceiving. It would seem to be a massively open and democratic system that would allow a brand like Time to reach everyone and reduce its costs along the way. But we're learning that it's more expensive and more difficult to build a distinctive relationship with an audience online.

In support of both this and Politico's theory, some consumer data does point to a far higher engagement rate for magazines versus online media. Because readers of magazines are less likely to multitask while reading—you can’t just check your Facebook by poking the page— content engagement and ad receptivity are higher.

Inevitably, only the years will tell if print has a real shot in the digital age; but isn’t that what everyone’s been saying for a decade now? The era of the traditional magazine stand may be over, but that doesn’t mean that something new can’t grow out of the ashes. Rather than going the way of the dinosaurs, magazines and some newspapers are finding ways to fit into a more specialized marketplace. And besides, this wouldn’t be quite the same without them.

Image is public doman via Wikipedia.