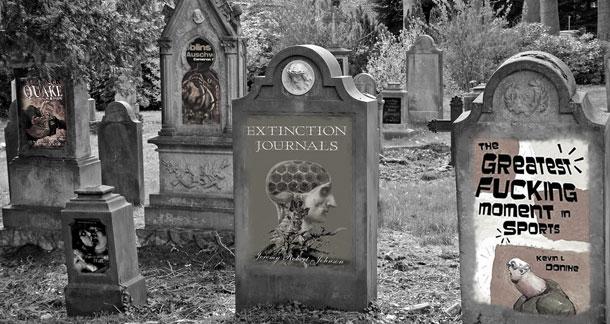 If you’ve ever filled out a proof of life document, I’m sorry, you’ve had a rough life.

For everyone else: a proof of life document is something you fill out because it’s likely you’ll be abducted and held hostage.

What you do is write some questions, call it four, and then write the answers. Seal them up, put them somewhere that a confidant can get to them, and then, when that ransom call comes in, the people trying to get you back can confirm you’re still alive.

The questions are ones only you know the answer to. Sort of like those security questions when you forget a password, but even more obscure. Who was in your first sex dream? Which of your brother’s CDs did you accidentally break?

They should be personal.

I’m worried Bizarro lit might be dead. For me, personally. Nobody can declare a sector of literature dead for everyone, but for individuals, shit can definitely die.

I’m here to break the seal on my personal proof of life document for Bizarro, ask the questions that’d help me say whether it’s dead or alive, and see if it’s time to give up hope.

When Bizarro congealed into a movement sometime in the late 90s/early 2000s, it was the punk-est of punk genres.

Bizarro had an energy you only see with punk shit.

Its fanbase and its best practitioners mingled.

It was intentionally different in a way best defined by publisher Rose O’Keefe:

Basically, if an audience enjoys a book or film primarily because of its weirdness, then it is Bizarro. Weirdness might not be the work's only appealing quality, but it is the major one.

The bad news: nothing punk can stay.

Punk music, punk books, street art sold in galleries, even the most punk dude you knew turning into a suburban dad—the death march from punk to pop is less a path we all walk, more an inescapable vortex.

If Bizarro was a cat, I would’ve last seen it 36 hours ago, it was in a weird mood, and now I’m searching the house because I think it might’ve done that thing cats do where they sneak off and hide before they die.

For me, though, the punk question isn’t about Bizarro selling out or some bullshit like that.

For me, it’s about Bizarro getting too good.

Bizarro, being punk, was rough around the edges. The prose wasn’t perfect. The stories didn’t always hold together completely. It was unpolished. Accessible. Attainable. A Bizarro novel was a story, but it was also a set of instructions for doing it yourself, even a prod to give it a go.

For some fans, that change would indicate a genre more alive than ever.

For me, I don’t know, I miss that excited feeling when I finished a Bizarro book that was like, “Yeah, you know what…I could jump in on this.”

The feeling that the people doing it weren’t superhuman. They were just punks. Like me.

That was something I only got from Bizarro books, something that made it unique, and I don’t feel it anymore.

Question: Has Something Taken Bizarro’s Place? 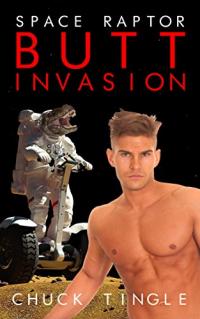 It used to be that when you saw an article or a Tweet highlighting a strange cover, it was a cover that was familiar to a Bizarro reader. Now it’ll be a cover familiar to readers of monsterporn.

It used to be a guy wearing a suit made out of cockroaches to survive a nuclear holocaust would be the highlight of a discussion of weird books. Now it’s probably sex with a dude who transforms into a honey badger.

If BookTok was around in Bizarro’s heyday, Ass Goblins of Auschwitz would be all over it instead of Ice Planet Barbarians.

I used to be cool. When someone pointed out a weird book, it was usually a Bizarro, and I was like, “Oh, yeah, I read that one.”

Now I can’t do that anymore. Because my beloved Bizarro has been replaced with space raptors invading someone’s butt.

Question: Do I Feel Bizarro Slipping Away?

Jeremy Robert Johnson’s The Loop winning the Wonderland award. It’s a good book, it’s a good pick, but it’s probably the most mainstream novel to win the award.

The Bizarro section at Powell’s, home of Bizarro, shrinking down to a nub.

Bizarrocon has been shut down because of COVID.

It's hard to describe what's in my gut.

If Bizarro was a cat, I would’ve last seen it 36 hours ago, it was in a weird mood, and now I’m searching the house because I think it might’ve done that thing cats do where they sneak off and hide before they die. I don’t know it’s dead, I don’t necessarily have a great reason to think it’s dead. But I’m damn concerned. Ripping everything out of the cupboards and closets concerned.

Bizarro might be dead to me in some meaningful ways.

But perhaps it's been reborn in a way that I don't recognize yet.

Because it's undeniable, one advantage of the digital age is that books don't really vanish anymore. I can still get damn near every Bizarro title ever put to print.

I see a lot of small presses that aren’t devoted to publishing Bizarro exclusively, but still put out a Bizarro here and there. Instead of more central Bizarro outlets, it seems like everyone’s getting in on the game where they can.

Weird shit is more relevant to more people than it once was. Would we have Otessa Mosfegh without Bizarro? Jeff Strand? Would as many people know Stephen Graham Jones? Would we have Ring Shout? Mad Max: Fury Road? Mandy? Willie’s Wonderland? Other, non-Nic-Cage movies?

Bizarro, dead or alive, made the world a weirder place.

Which means that even if Bizarro is dead, we've got no reason to grieve.

Get Stacking Doll by Carlton Mellick III at Bookshop or Amazon