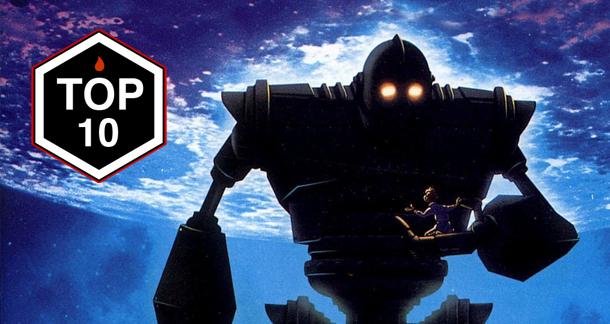 As mentioned in one of my previous columns, this month sees the release of Pacific Rim, the movie about giant robots versus giant monsters. Over on the Fantasy side of things I looked at some of the best giant monsters in popular culture. Here, however, on the Science Fiction side of things, we’re going to look at Giant Robots.

First, though, a little niggling detail to get out of the way. Are these really giant robots at all? It’s debatable, I agree. Regular robots usually have their own processors, their own brains and thoughts. Giant robots usually have crews or at least passengers. However, I think there’s enough of a basis to say that in the case of giant robots, though they may need assistance from human operators, they’re still considered separate entities and thus qualify as robots. I’ll consider both in my list, though I think a future column on actual sentient robots (of all sizes) is warranted. Here, then, in no particular order, is the list. 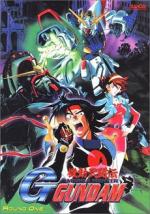 10. Every Giant Mech in Anime

If we’re talking about giant robots, we have to talk about manga and anime. They invented the idea of the mech, most of which are humanoid robots. There are enough examples in anime alone to populate several of these lists, from the so-called Super Robots—giant robots with super-powered arsenals and legendary origins (Mazinger Z, Dancougar, Gaiking), to the Real Robots—giant robots powered by conventional power sources which use weapons that conform to real world science (Gundam, Macross, Southern Cross).  Some of them transform, some of them are piloted, some of them are operated by remote control. I couldn’t pick just one, so I’m going with all of them. Feel free to mention your favorite in the comments. 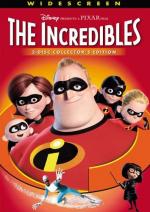 9. The Omnidroid from The Incredibles

The Incredibles is one of the best superhero movies ever made, but it also has a giant robot. Syndrome, the movie’s villain, utilizes a variety of robots called Omnidroids, mostly to eliminate other superheroes. The most powerful Omnidroid appears at the end of the film and resembles a sphere with four tentacle-like legs. Even better, the robot learns, adapting to new attacks, knowing, for example, to neutralize the remote which controls it. It takes the combined abilities of all the Incredible family and Fro-Zone, and Syndrome’s recovered remote control, to take it down. The first of two Brad Bird giant robots on this list. 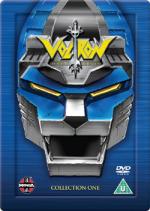 There were two different forms of Voltron, and both were based on Japanese anime series, but the only that really counts in my book is the lion version of Voltron. The five members of the Voltron Force each pilot pretty cool lion robot ships, each with teeth and claws and special weapons, but when they come up against a threat that they can’t defeat separately, they join together into the giant robot, Voltron. Voltron combines all of the weapons of the separate lions but also has his most powerful weapon, the Blazing Sword, which has torn apart more than one Robeast (so much so that I always wondered why they didn’t just form Voltron first thing and use the Blazing Sword at once, but then the episodes would be very short). The Lion Voltron was one of the most striking of the giant robots. 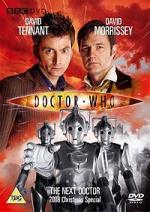 Doctor Who’s entry into the giant robot arena came back in 2008, in the David Tennant Special, “The Next Doctor.” In that episode, the Cybermen infest London in 1851. A human woman, Miss Mercy Hartigan, is working with the Cybermen, providing them with human labor. She eventually becomes the controller for the Cyberking, a giant steampunk Cyberman which has offensive weaponry but also contains a cyber-conversion unit (which turns humans into Cybermen). The Doctor eventually severs the link between Hartigan and the Cybermen and sends the Cyberking into a time vortex. 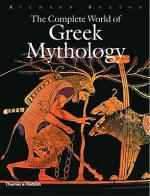 Talos was a giant bronze automaton that Hephaestus created to help protect Europa, beloved of Zeus, on Crete. Talos’s duties involved circling the isle of Crete three times a day, driving off intruders with thrown rocks or by heating his body and embracing strangers. Talos had one “vein” running the entire length of his body, secured with a nail or stud. When the Argonauts arrived on Crete, Talos tried to drive them away. It was Medea, Jason’s lover, who defeated him—some say by drugging him to drive him mad, others say by deceiving him and promising him immortality—ultimately removing the stud which caused all of the ichor to leave Talos’s body, killing him. A cool version of Talos appears in the movie Jason and the Argonauts, animated by Ray Harryhausen. 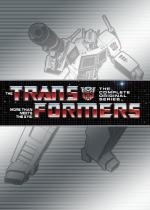 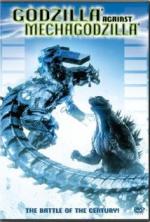 Coming from the same series of movies that produced giant monsters Godzilla, Gamera, and Mothra, Mechagodzilla was a robot version of Godzilla first introduced in Godzilla vs. Mechagodzilla. Created by the alien Simians, Mechagodzilla came to earth masquerading as the real Godzilla, wearing fake skin. Godzilla eventually faced his robotic doppelganger, but only managed to defeat him with the assistance of King Caesar (a giant dog/lion creature). Mechagodzilla was, of course, reconstructed, and returned again (and again) to face off against Godzilla. Mechagodzilla uses a variety of weapons in his various appearances, but usually has a mouth-based beam weapon and cannons. 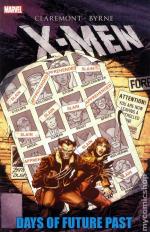 Western comics have their share of giant robots, but I think one of the best examples are the Sentinels from the X-men comics. Programmed to hunt down and eliminate mutants, the Sentinels were huge robots (three stories tall) programmed to counteract mutant powers. Generic Sentinel models were powerful enough: super-strong, able to fly, and equipped with powerful energy weapons, but unique versions like the Master Mold and Nimrod, Sentinel from the future, were even more specialized. Master Mold could create other Sentinels and Nimrod was virtually indestructible. 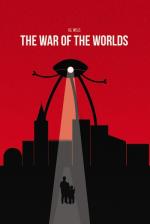 2. The Tripods from War of the Worlds

The Tripods, the alien machines that the Martians used in War of the Worlds may not fit the traditional image of a robot, but they are equivalent to mecha if you consider that Martians pilot them, and their structure and limbs recall tentacled Martians. H. G. Wells describes the Tripods in the book:

“And this Thing I saw! How can I describe it? A monstrous tripod, higher than many houses, striding over the young pine trees, and smashing them aside in its career; a walking engine of glittering metal, striding now across the heather; articulate ropes of steel dangling from it, and the clattering tumult of its passage mingling with the riot of the thunder. A flash, and it came out vividly, heeling over one way with two feet in the air, to vanish and reappear almost instantly as it seemed, with the next flash, a hundred yards nearer. Can you imagine a milking stool tilted and bowled violently along the ground? That was the impression those instant flashes gave. But instead of a milking stool imagine it a great body of machinery on a tripod stand... Seen nearer, the Thing was incredibly strange, for it was no mere insensate machine driving on its way. Machine it was, with a ringing metallic pace, and long, flexible, glittering tentacles (one of which gripped a young pine tree) swinging and rattling about its strange body. It picked its road as it went striding along, and the brazen hood that surmounted it moved to and fro with the inevitable suggestion of a head looking about. Behind the main body was a huge mass of white metal like a gigantic fisherman's basket, and puffs of green smoke squirted out from the joints of the limbs as the monster swept by me.”

Tripods were equipped with the dreaded Martian Heat Ray and a Black Smoke weapon which emitted poisonous gas that killed humans instantly when inhaled. 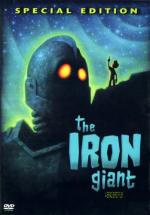 If we’re talking giant robots, The Iron Giant (from the film of the same name) epitomizes the concept. He’s a robot, without a human operator, and he’s giant. It’s right there in the name. It’s also a really good movie, and the second of Brad Bird’s giant robots to make the list. The titular Iron Giant arrives on Earth from space, essentially a weapon, but one who learns that he can be who he chooses to be. The Cold War setting (it’s set in 1957) really helps highlight the plight of a robot who's also a weapon of mass destruction. Also, if you can watch this and not feel the tears gather, you might just be a robot. While it wasn’t a box office success, The Iron Giant was critically praised and was nominated for both the Hugo and Nebula Awards.

That's my Top 10 list. Did I leave out any giant robots you would have included? Feel free to give your feeback in the comments (especially if you have strong opinions on the anime selections).

Dwayne from Cincinnati, Ohio (suburbs) is reading books that rotate to often to keep this updated July 19, 2013 - 1:42pm

Why the Iron Gaint ends with Earth dying.

Gundam. The world's biggest giant robot franchise. It's been around for decades. Gundam figurine market alone is worth more than ESPN.

Those ectoskeletal things in "The Empire Strikes Back".

The robots on Big O were cool.

One robot outscales them all. Unicron from Transformers is about the size of Saturn.