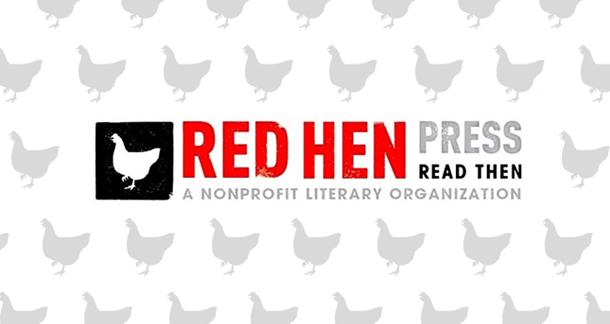 Back when I was a young, impressionable grad student (so, like, ten minutes ago), I had no idea how the publishing industry worked. I wanted to be a writer, and I wanted to Have Books, but I really had no clue what that meant. You just spend a few weeks coming up with something good, and the publishing houses in New York all fight over your work, right? This is a viable business plan?

I was a moron. Now that I'm older (ten whole minutes), wiser (pssh), and slightly more experienced in the ways of book publishing (okay, this one I've got), I find it frankly incredible that anyone gets anything published ever. I'm not even going to pretend to calculate the number of manuscripts that are rejected each year, but if even 1% of the books that don't get picked up are of any decent level of quality, that's a shit ton of good writers that aren't getting the chance they deserve. There are a million reasons why a book might not get picked up by a publisher—they already have a similar title; it doesn't fit with the press's "identity"; the protagonist reminds the editor too much of an ex—but that doesn't mean that the would-be authors don't deserve a chance.

It was with many of these kinds of writers in mind that Kate Gale, founder and managing editor of Red Hen, started the Los Angeles-based press in 1994, with husband Mark E. Cull. "I had so many writer friends I knew that should have been published," she says. 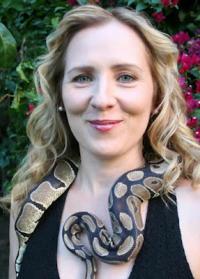 That doesn't really tell you anything about their books, though. Back in those impressionable grad school days I mentioned, when I was still fairly new to Los Angeles, I really didn't know anything about the city's literary scene at all. There was a poet who had recently graduated from my program, Timothy Green, editor of Rattle, and he had a collection published with a local press. Obviously I thought this was the coolest thing ever. Someone from the program I was in, a recent graduate, already had a collection published. Amazing. I picked up the collection, American Fractal, and was struck by how real it all seemed, how professional. It was my first experience with Red Hen, and while I wasn't hooked on the spot, it gave me this comforting sense that there was a great little poetry press in Los Angeles doing really great work.

Flash forward ten minutes (okay, fine, five years), and I'm doing reviews for LitReactor. I once ran my own book review site, and I even wrote reviews for a small LA newspaper for a few years, but aside from Goodreads write-ups I hadn't done any in a while. I was a bit nervous that I wouldn't remember how to do it, to be honest, or that I'd remember, but I'd get a bad book, or worse: an okay book. There's always something to write about with a bad book, but a book that's just fine is...boring. There's nothing to say about it. I was terrified that my first real review assignment in two years would be something bland or not to my taste. What I wound up with, though, was fantastic.

The Ogre's Wife, Ron Koertge's latest poetry collection, blew me away. It was everything I was looking for in a poetry collection at the time, and I was psyched to find that it was published by my old crush, Red Hen. I was hooked. I had to know everything about Red Hen, really get to know the press and see if it was just a fluke that they published something that resonated so well with me, or if this was the way they rolled all the time. Apparently this is just what they do.

I want to discover the next Kafka, the next strange, undiscovered genius who others don't quite see yet. I want really good work whose value lurks beneath the surface. I am always perking my ears up for the wild alive writer whose work achieves mastery.

I first met Kate Gale about four months after I finished The Ogre's Wife. I'd checked my shelves and discovered that I had more Red Hen books that I didn't even know about. I also found out that this was Red Hen's 20th anniversary year, an excellent year to learn more about the press, so I scheduled a meeting to talk about doing a spotlight. Kate and I met for breakfast, and immediately I understood why so many of the books she publishes resonate with me. Kate Gale is incredibly easy to talk to, especially on topics like poetry and the Los Angeles literary scene, about which she seems to know everything. I was more than halfway through my chocolate chip pancakes before it even occurred to me to ask a specific question about Red Hen. She told me all about how the press got started, how she wanted to turn LA into the new Paris, how she could fit everything she owned—kids and cats and all—into her car at the time, but she wanted to start a press, so that's what she did. Everything she says and does speaks to a life lived in poetry, among poets, within a scene that she and Red Hen have had a huge role in cultivating.

Red Hen authors are all over the place in LA: Ron Koertge, Lisa C. Kreuger, the only recently late—and very great—Wanda Coleman (go buy The Love Project), Austin Straus (seriously, go buy The Love Project), Kim Dower, Brendan Constantine, Nicelle Davis, Charles Harper Webb. They have readings in Santa Monica and Long Beach and La Cañada Flintridge and Downtown, at Skylight and Vroman's and USC. There's an entire community of poets in the Los Angeles area built in and around this Red Hen family, all producing great work. And that's just the poetry:

There are five parts to the press. There’s the Los Angeles Review, which comes out twice a year. We have a writing-in-the-schools program in Los Angeles and Pasadena, an awards program, and a reading series in L.A. and New York City. And of course the biggest part of the organization is the press itself, which publishes twenty titles a year. We’ve always been heavier on poetry, but we have more and more prose writers. That growth, I think, has come about because the middle has sort of dropped out of commercial publishing, and we’ve picked up several prose writers who would otherwise have been with bigger publishers. In general, in fact, I think independent publishing is going to pick up the mid-list.[2]

Everything I've picked up from Red Hen Press, regardless of style or author or publication date or tone or target demographic, has had one thing in common: quality. I guess you have to put out high quality books if you want your press to last 20 years. When I first started getting serious about my writing, when I decided that this was what I wanted to do, that this was the scene that I wanted to belong to, there was a moment of panic that maybe I had made the wrong choice in moving out to California. I had just come from 18 years in New Jersey and another 3 in Boston, had left easy access to countless great literary voices in the Northeast. Within two years of living in LA, I had ditched my entertainment industry dreams and enrolled in a poetry program. What the hell was I doing out here?

Red Hen has been a solid reminder for me that you can build a dedicated arts community anywhere. Los Angeles has a thriving literary identity, thanks in no small part to the work of this fantastic little press, which has been putting out quality collections for 20 years now. Thanks, Red Hen.