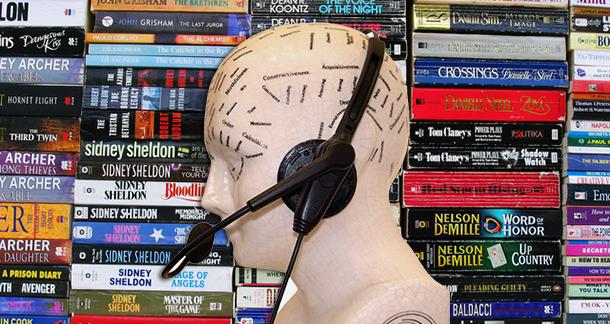 In short, I've read and heard all kinds of stories, and I've experienced the querying process myself (I spent two years sending out a novel I finished before my first book came out). When it comes to writing, I'm always taking notes and revisiting my decisions and opinions because nothing is as healthy, and as freaking uncomfortable/painful, as honest self-assessment and change. In any case, many things have happened with my career, and the careers of authors I consider friends and mentors, since the release of Zero Saints, which forced me to sit down and rethink everything I thought I knew about agents. Here's some of what I've learned.

I would rather give 15% of a good chunk of cash to an agent than keep the $14 I was going to make all by myself.

Agents aren't for everyone

Let me tackle some bullshit "reasons" for not working with an agent before I get to the main point. I've heard a lot of writers say that they would never work with an agent because they want to keep all their money. You know what? Do you. That said, most of the writers I know who are actually making a living at this have an agent. Yes, I said most. There are some special cases like Brian Keene and Joe Lansdale. They are unique talents who come from a unique time in publishing and both hustled like maniacs to get where they are. Every generation might have two or three of those. If you think you're it, roll with it. If not, then do what everyone else who's making decent money has done and get an agent. Also, I would rather give 15% of a good chunk of cash to an agent than keep the $14 I was going to make all by myself. Your mileage, as with everything else, may vary.

The second thing I often hear is "I want to retain all creative control over my work." This usually comes from folks who also refuse to work with an editor and have awful covers and layouts in their books. If you don't care enough about your work to present it in a professional way, don't expect me to care enough to buy and read it. If you read all this and still feel you don't want an agent, that's perfectly fine. Like I said, they aren't for everyone.

Getting a good agent is a lot of work

Just like a superb platform, a great agent can work miracles for your career. However, one won't come knocking at your door begging to read that novel you just finished. You have to go out and politely ask them to read a few pages to see if they're interested. And your query is one of the 150-300 that will hit their inbox this week (in some cases, this day!). You have to know where your narrative fits in the current literary landscape. You have to understand what an agent likes and represents, which is research time no one will pay you for. You have to work on a great query letter and getting those first few chapters polished. You have to submit full manuscripts and file away rejections and touch base with agents when they are swamped and vanish for months and...you get the idea. A good agent will work hard for your career, but in order for that to happen you have to put in a lot of hours trying to connect with that special individual in a rough sea of queries and rejections.

Agents are part of the status quo

Agents can take a look at a manuscript you thought no one would ever represent and fall in love with it, but that doesn't mean they will be able to sell it. Agents, in a way, are part of a system. They have bills to pay and kids to feed. They study the market and try to get you paid. They aren't evil because of it and may take wild chances from time to time, but writing at the Big Leagues is a business, and an agent will always keep that in mind. Don't take it personal. Just keep trying.

Growth pushes you to look for an agent

This is perhaps the most personal point on this list. Zero Saints did well. It turned me in a microscopic blip on the radar. It was optioned for film, and I had to navigate that by asking old pros how to go about it. It was translated and published in Spain, and I had to read that contract and figure it out by myself. More recently, probably thanks to the buzz surrounding Coyote Songs, I signed another contract for translation of two books over a period of two years. The contract contained a lot of legal jargon. I quit law school to pursue journalism and writing (hey, I'm poor, but I'm happy). I felt nervous while dealing with the large press that bought the rights to Zero Saints and Coyote Songs (more details about this later). I was worried about the rights I was giving away and the time I was giving them and the royalties and the advance. Throughout the process, I felt like calling an agent and going over the contract would've been a nice thing.

Readers, venues, publishers, and even some editors expect you to have one

Here's something I recently learned: if you make enough noise, people will assume you have an agent. I have received dozens of DMs and emails from writers asking me about my agent and my agenting process. I can't tell them more than some of what I've said here because I don't have an agent. Some folks have asked me to go to an event or judge a contest, and they ask for a headshot and the name of my agent. Again, I can only send them a headshot. Last but not least, I have made comments about going it alone and have received responses like "You don't have an agent? That's weird" and "I'm surprised you don't have an agent yet." I'm not saying you have to have one, but if you want to do certain things, people in the publishing business kinda expect you to have someone working with you/for you on certain things.

Some things can't be done without an agent

I'm always honest, and this time is no different. Many publishers will only consider your work if it comes to them from an agent. Sorry. That's just how it is. Deal with it and yell about how unfair that is if you want, but you won't change it. You want those big opportunities, you need to play by their rules even if you hate doing so. I've also wondered why my opinionated ass never landed a speaking gig and some other folks who are less passionate or have a smaller platform land those gigs. The difference? Their agents are out there hustling and getting them those paying speaking gigs.

Writing is a solitary gig. When that gets to me, I reach out to friends who are also writers. I also reach out to my mentors and ask them for advice. In many cases, agents serve that purpose as well. They also keep writers writing. They ask for new work. They push deadlines. They serve as ruthless editors. You can be a lone wolf and still get the benefits of that type of relationship. I know I'd love to have it because anything that improves my hustle is worth having.

Having an agent doesn't mean you divorce the indie world

I know a lot of writers who have agents and still publish with indie presses. They are still part of the indie community in many ways. Remember that you will always have control over your career. Agents understand that and work with you on the goals you always had and new goals they think would be awesome for your career. Thinking that getting an agent is the same as leaving the indie scene behind is wrong, so don't even entertain that idea.

That's it...for now. Will I get an agent? Will you? Did yours do something amazing for you? Let's keep each other posted, shall we? Stay awesome.

Being a novice level writer, I still think hiring an agent is a really good idea if you can afford his expenses. Here is Loraine Walters at TopicsMill giving topics to write about. An agent helps you on stay focusing your work while solving related problems like publishing.