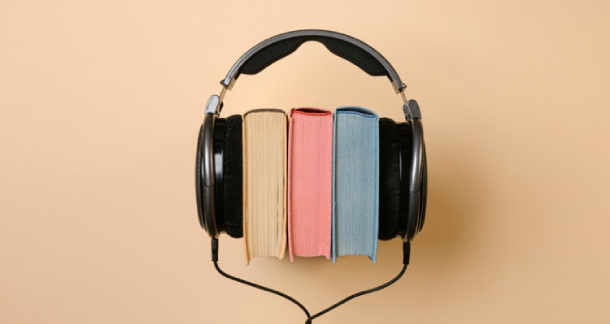 For the longest time, I didn’t understand audiobooks.

Not that I couldn’t comprehend the actual books: I legitimately couldn’t grasp the concept of audiobooks as a way of reading. I had tried, many years ago, to get into them, thinking it would be a great way to make use of my commute time. But I just...couldn’t. The subway was too loud, I couldn’t focus—I just wanted to read my hardcovers and paperbacks and maybe an occasional ebook.

Podcasts were the gateway drug for audiobooks, I guess. I got into 88 Cups of Tea about four and a half years ago, and discovered that the subway wasn’t as loud if I just...turned up the volume on my phone. I discovered that I could lean my head against the wall, shut my eyes, and drift off into another world, one where the incisive and enlightening questions 88 Cups of Tea’s host Yin Chang asked of her guests, which included some of my favorite authors, helped me figure out my own life a little better.

I’ve never been good at convincing myself to do something unless I’ve got voices in my head.

Eventually I added a whole bunch of other podcasts to my repertoire: I listened to Claribel A. Ortega and Kat Cho interview authors on Write or Die; I soaked in the wisdom of Laura Zats and Erik Hane of Print Run Podcast; I even, briefly, entertained myself with history podcast Noble Blood, hosted by Dana Schwartz.

And then it wasn’t enough. I would run out of podcasts but still have to commute, still have tasks to do around the house, still want to go for a walk around my neighborhood. And I’ve never been good at convincing myself to do something unless I’ve got voices in my head.

On top of that, I wanted to expand my reading. Already, I used an intense system to read three to four books at a time, a combination of eARCs and print books and romance ebooks. I was still primarily reading YA fiction (my eternal first love), but I was beginning to suspect I might also enjoy reading adult fiction, nonfiction, and maybe even some middle grade.

I wanted to read more widely, so that someday I could write more widely.

So I downloaded the Libby app and started with the Percy Jackson series. I’ll be honest, part of my motivation for starting with that series was the fact that a new TV adaptation had just been announced, and I’m a sucker for TV adaptations, even more than I am for the book-to-movie pipeline.

Thanks in large part to tons of practice listening to audio at elevated speeds due to my day job, I would set the playback speed up to 1.75x and race through the book. I listened as I walked around my new Brooklyn neighborhood, snapping pictures of pretty buildings and laughing at Percy’s antics, falling in love with Annabeth Chase and Grover and Percy and the rest of the campers while I fell in love with my city all over again.

I listened while cleaning the house, while doing laundry, while washing the dishes...I listened on a 12-hour drive from South Carolina to New York that I did all in one day, only my sad cat in the front seat to keep me company. 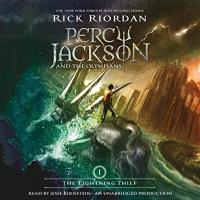 Thanks to audiobooks, I was able to sink into a new world while staying present in my own. I was walking down the streets of Bed-Stuy but my mind was on Long Island, or traversing the country in a labyrinth, or...you get the picture.

I’m still a newcomer to the world of audiobooks, but in honor of June being Audiobook Appreciation Month, I couldn’t resist the opportunity to holler about my newfound love. I’m approximately 42% from the end of the Percy Jackson series, and though I’ll be devastated to leave that world, I’ve already got my next audiobooks queued up: Crying in H Mart by Michelle Zauner; Somebody’s Daughter by Ashely C. Ford; and The Other Black Girl by Zakiya Dalila Harris. I’m excited to explore nonfiction and memoir in this new medium, and I’m a little obsessed now.

I love audiobooks because they present a way to make progress in my reading while doing something else, but I also love listening to the words a writer has penned on paper, letting the narrator’s voice paint a vivid image in front of my eyes.

Happy Audiobook Appreciation Month to all of you, and I hope you’ll take advantage of this June to listen to some audiobooks — let me know what you find, and give me some suggestions!

Get Crying in H Mart at Bookshop or Amazon

Get The Other Black Girl at Bookshop or Amazon