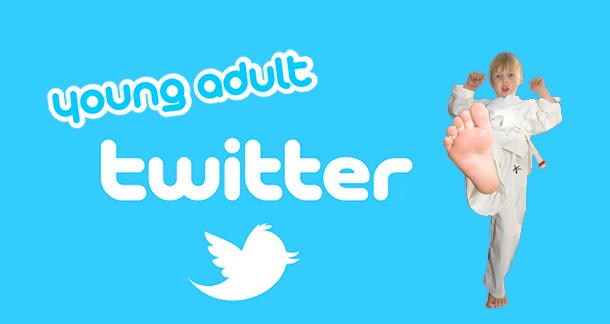 Listen, I’ve been a fan of social media since I signed up for my first Xanga (if you know it, you know it) site back in middle school. I’ve been singing the praises of Facebook, Instagram, Twitter, et. al for years, and refuse to so much as take one day off because, well, I kinda look down on people who take a hiatus for anything but intense personal or professional reason.

So it’s no surprise that I’ve become a big fan of Book Twitter, or more specifically, Young Adult (YA) Book Twitter. It’s always good for some tea-sipping drama (the saga of Lani Sarem and the stolen NYT Bestseller list, anyone?), some good old-fashioned community (I'm literally on a first-name basis with actual, published authors on Twitter), and every once in a while, a well-deserved smackdown (because the number of ignorant people is…astronomical).

I’ve been saddened to see the way it’s often been disparaged in the media, however. From people who think a call-out of bad representation is worthy of a takedown of the whole Twitter community, to disgruntled former New York Times bestsellers who are bitter their scam was unveiled, there’s always someone willing to write negative things about the YA community

The trick is in finding community, learning what you can, and making sure to be respectful of others.

As someone who’s something of an outsider — I’m unpublished and still very new to book blogging — I can kind of see why people might get annoyed sometimes. It can feel like a clique, and if you’re not published or if you don’t have enough Twitter followers or agent friends, it’s hard to feel like you’re a part of the community. But the truth is, Twitter is what you make of it.

Too many people think Twitter is the end goal; the end goal, though, is the people on the other side of the Twitter accounts, the people you can foster actual relationships with. It’s not about follower counts or post likes; it’s about getting to know others. That’s literally the purpose of social media, but it’s so often overshadowed by this game we play.

So if you’re willing to put in the work and give to the community, the community will give back to you. Example: I just Tweeted about struggling to write an article (this one, actually…how meta is that?) and someone from the community responded with encouragement. I’m still unpublished, still a fledgling blogger, but I’ve found (some of) my people.

That was echoed by Sa’iyda Shabazz, another YA writer I spoke with, who said that while Twitter overall can’t be considered a “safe space,” she has met individuals who provide safety.

“I've made relationships with more established writers through Twitter,” she added. “They have answered my questions, and cheered me on. They take my imposter syndrome in stride and just call me a dork.”

So one thing that being on YA Twitter has taught me is to use it wisely and not give it too much weight.

But there are actual craft things to be learned from Twitter as well, if you’re willing.

Kosoko put it very well when he said, “I've learned things about my craft, my place in the world, and the power of my voice, that I wouldn't learn in an MFA classroom or an undergraduate symposium. Twitter is a bunch of different voices, from all walks of life, screaming into the void. 9 times out of 10, it's annoying. But if you listen closely, and are willing to sift through the noise, you can find some gems.”

There are two other good things that Sa’iyda said she noticed about YA Twitter; the value of following agents is one of them.

“I've learned so much about what they're looking for, and how to really craft my query and such,” she said, adding that the conversations on Twitter make her more careful in her own writing. “In terms of how it's shaped my own work, I'm more aware of being harmful with my work.”

That’s something I’ve learned, too. Because of several authors, especially women of color like Justina Ireland, Ellen Oh and Dhonielle Clayton, who take the time to educate people about diversity and representation on their accounts, I’ve learned the value of doing representation well.

When I set out to write this piece, it was going to be about how YA Twitter is perfect and wonderful. The truth is, it’s a mixed bag. It’s still an open social media site, and like both Kosoko and Sa’iyda were quick to remind me, none of those are inherently safe. The trick is in finding community, learning what you can, and making sure to be respectful of others.