Improve Your Stories By Eliminating Agendas 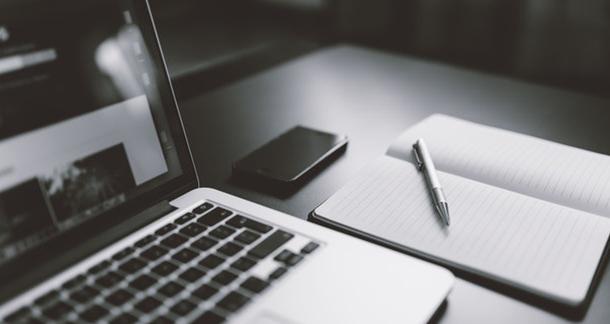 Recently, a student of mine handed in a story that was far and away better than anything he’d written since joining the MFA Program here at Arcadia University. In itself, this is not uncommon. Students have writing epiphanies all the time, and I’m always happy to see them. When I asked this student what he’d done differently for this story, he told me something I’ve never heard before from a pupil: he said this was the first story that he didn’t approach with an agenda.

Since that conversation, I’ve been considering what it means to approach a story with an agenda, and I think a lot of us do it, probably more than we understand. There are several main ways I see this happen, all of which are avoidable when we’re able to articulate the problem to ourselves.

The most common agenda with which writers approach their stories is a thematic one. Often these themes come from something that happens in real life, either in the news or to the writer themselves. I can understand this instinct since a writer's reaction to something important is frequently to write about it, whether that writing is chronicling or cathartic. However, the agenda of a theme, especially one inspired by a recent event, is usually detrimental to the story. For example, I had several students write stories about sexual assault in the immediate aftermath of the Bret Kavanaugh controversy last fall. Of course I understood their passion, and the way writing can help one deal with what happened, can give a writer some power when they might otherwise feel powerless—but nonetheless the stories, rhetorically and technically speaking, were heavy handed. The writers were too caught up in an emotionally-wrought theme and less concerned with characterization and plotting.

The way to avoid agendas is to have as few preconceived notions about your story as possible when you start writing.

My advice to all these writers was: let it sit. There was nothing wrong with the subject matter, but even stories about the most vital issues need to be rooted in plot and character, which is hard to do when the theme takes up most of one’s mental space. I suspect that in a few months I’ll see those students going back to those stories, making the necessary changes with a focus on technical issues, and coming out with something even more powerful than the original drafts.

Adjacent to the thematic agenda is the philosophical agenda. This is when writers approach stories with the intent of exploring a grand question, like “what is the best way to live?” or “what is genuine in this digital age?” Something like that. The problem is that these questions are big and abstract whereas the vast majority of stories are focused and concrete. As an example, the student who first used the term “agenda” had been working on a story wherein the underlying philosophical question was, basically, “can one find sufficient meaning in one’s career?” The story included scenes of office malaise, flashbacks to an earlier and more idyllic time in the character’s life, and even a dead cat jumping up and down on trolly tracks due to the electricity in the rails (that last one was so good I suggested the writer keep it for another story). All of these scenes did touch on the central question of meaning and work, but they didn’t add up to a story with real cohesion. When this student focused on the people and actions in his work, as I said earlier, it got a lot better and in short order.

Those first two agendas deal more with abstract concepts, and while there’s nothing wrong with big ideas being integrated into fiction, that process is usually organic and not premeditated. Basically, the theme or philosophical underpinning of a story comes out not because the author intends it to before putting pen to paper, but because it’s a natural consequence of the plot and character. Most of us probably can’t articulate the themes of our stories until we’re on something like the second draft. And that’s OK, that means we didn’t come to the story with an agenda, and that the resulting themes and philosophies are better for it.

There are more specific agendas as well. One that I see all the time is autobiography. When writers come to their story with the agenda of fictionalizing, usually loosely, an event from their own lives, the results tend to be stories that don’t hang together very well. The reason for this is that real life does not hang together very well from a plot perspective. The old cliché is true: the difference between fact and fiction is that fiction has to make sense. If you claim to be writing fiction, then what happened in real life is no excuse for plot points or character traits that don’t make sense. A friend of mine once wrote a story about a couple getting divorced, but in the middle of the story the water heater in the house broke and the basement flooded. For three pages, the couple dealt with the necessary repairs, then went back to getting divorced. He had to cut that scene. It happened in real life, but since it had no effect on the central plot of the story, the divorce, it just couldn’t stay. My friend had to get rid of the agenda of his autobiography in order to make the story work in the best way possible.

The final agenda that I see holding writers back is that of character. This one is a little more subtle because, as I’ve said, character is one of those things we should be actively working on. But sometimes we get these people in our heads and, as we write, don’t let them change. Suppose you imagine your protagonist to be an introverted and bookish person who spends most of their time alone—just the kind of person to whom we all probably relate—but as you’re writing you realize that this kind of character isn’t pushing the plot forward. Because, you know, the character spends most of their time alone. That character has to change, either fundamentally or within the story. The agenda of the introverted and bookish character, or whomever you’re thinking of for your protagonist, has to be broken.

There are other kinds of agendas, surely, these just happen to be the ones I come across most, both in what I read and in what I write. The way to avoid agendas is to have as few preconceived notions about your story as possible when you start writing. We all need an idea, but let that idea get fleshed out organically in the writing process. Focus on character and plot, don’t be afraid to deviate from what you’ve done if it makes the story better, even if it means rewriting some pages. Even a lot of pages. Always do what’s best for the story, not what’s best for your agenda. For the most part, those two ends rarely have common ground.