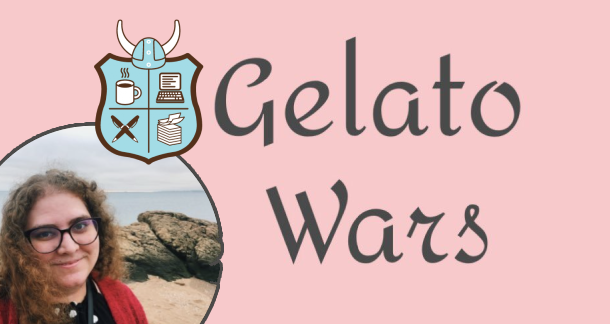 At the beginning of November, I began a Twitter thread which was meant to chronicle my experience with #NaNoWriMo2020.

It's November 1! This will be my #nanowrimo2020 accountability thread.
This morning I wrote 484 words (but don't fear, I've got plenty of time to crank out another 1,200 before work) and learned how to use placeholders instead of getting bogged down in research! https://t.co/f4iP2V0kWF

If you're unfamiliar, NaNoWriMo is...well, it's a lot of things, actually. It's a yearly challenge to write 50,000 words of a novel in 30 days, yes, but it's also a nonprofit with the goal of seeing people embrace their creativity through words. It's known, of course, for the November challenge, but it operates throughout the year, with two Camp NaNo sessions, in April and June, which are essentially modified versions of November's big deal.

I've participated in NaNo since 2013, when I was a junior in college. A friend of mine introduced me to it and I dove in recklessly, fast-drafting the first 52,000 words of the first novel I ever completed and queried. I did things like go to write-ins, including an "All-Night Write," and I devoted November of my junior and senior years to writing.

There's no feeling quite like crossing that 50k finish line, knowing you've poured blood, sweat, and tears into a project...

Essentially, I got hooked. There's no feeling quite like crossing that 50k finish line, knowing you've poured blood, sweat, and tears (two of those literally) into a project that you've stayed up late or woken up early, made sacrifices, bent over backwards, to see come to fruition.

I've participated in NaNo every year since then, but I haven't won it since.

This year was going to be my year. I started off so strong—I even made an aesthetic for my novel, something I rarely do because, well, visual art isn't exactly my strong suit.

The first day of November, I hopped on a Skype call with a friend I'd met through Twitter several years ago, and we chatted for more than an hour about our respective projects. I got so excited about hers, and equally about mine.

The book I'm working on this year is a young adult contemporary...I hesitate to call it a rom-com, even though that's the intention, because I've written four books so far and haven't managed to wring a romance out of a single one of them, but the end goal for this one is love.

It involves two ex-best friends in a small seaside town in Italy, working for their families' competing gelaterie, participating in an escalating series of challenges and forfeits. And I'm having so much fun working on it!

See, the thing is, I've known I wanted to be a published author at least since I was seven years old. I've been writing since then, partial manuscripts, full novels, essays, poems...you name it. But since then, everything I've sat down to write has had this pressure on it.

I know what they say, that you're supposed to write for yourself and for fun and not think about publication. But that's never been possible for me. I've known that was the end goal, and that's always colored, often stifled, my creativity.

This year, for reasons beyond me, I'm able to let go a little bit. Maybe it's because I have another novel that's 99.9% of the way ready to query, one I'm staking all my hopes on, so *Gelato Wars* doesn't need to bear the full weight of my dreams. Or maybe it's because it is so out of my comfort zone, and I know that however it looks on Nov. 30, I'll have oodles of editing left.

Maybe I just got lucky, or had an ephemeral breakthrough. All I know is for the first time in a long time, I'm having the time of my life drafting.

Or at least I was. I was doing *so well* with NaNo this year, and then a little over a week into the month, I lost my drive.

I wrote for the first time in eight days last night. It was really tough. I had to search deep within myself to find the flow of the story again, and I only wrote about 1,000 words — far fewer than the 3,000+ which the NaNoWriMo website is telling me I need to pen daily to finish by the end of the month.

As of writing this article, I'm only 15,000 words into the novel. That's fewer words than I've ever written during a NaNo (when I've actually written at all).

But the thing is, I feel good about these 15,000 words. I feel like they are, as High School Musical sang, *the start of something new*. Maybe they represent a new phase in my writing career, one where I actually have fun while writing instead of dumping the pressure of 20 years of massive dreams onto the flimsy shoulders of a first draft.

I hope so. I still haven't given up hope of winning NaNo, of course. I'm one of those people who believes in miracles until you slap me in the face with their impossibility. But I know that even if I don't, this is a story I want to carry on with. Whether it goes anywhere, ever, or whether I just write it for the joy it's bringing me and then shelve it — that's something future Karis will have to figure out.