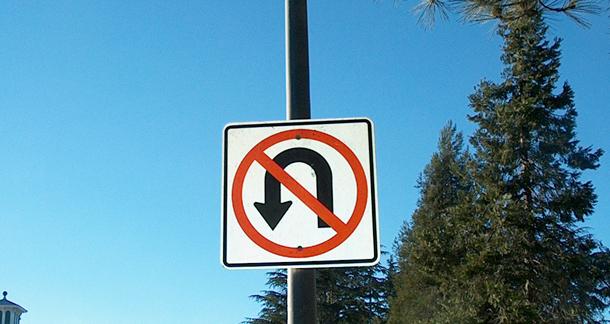 Have you ever finished a book and thought, "Well, that was disappointing," only to have it take up prime real estate in your brain? Then, it hits you: it was actually one of the best books you’ve ever read! I don’t know if I’m just quick to judge, or if some books simply take longer to sink in, but this happens to me all the time. I cast a book aside and there is some flip of a switch, and a book I once hated becomes a favorite. A book that is worth a second read. A book you want to run and tell your bookworm buddies about. A book you buy multiple copies of so you can hand them out and spread the literary love.

My skeptical reader brain could rack off an extensive list of books I hated before I loved, but these are the five that really forced me to pull a one-eighty. 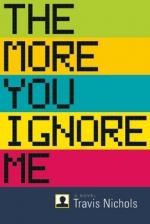 5. 'The More You Ignore Me' by Travis Nichols

On the back cover, The More You Ignore Me is listed as a blog comment/novel. …What? The set up is cringe-worthy: a man who has been trolling a wedding blog is blocked by the blog’s moderator, so he takes his crusade to a culinary website.  This man, who we only know as Linksys181, defines the word ‘creeper.’ His initial joviality quickly turns into unsettling obsession. He is a sad, ugly, pathetic character. After I finished this book, I decided I hated the whole idea of it. A novel-length blog comment just seemed unnecessary, and Linksys181 had no redeeming qualities. After moving on and reading a few other books, I found myself missing The More You Ignore Me. I was unable to ignore it! I had never read a novel so innovative, and Nichols wrote a character that still haunts me. I realized I loved it, and recommended it to anyone who came into the bookstore looking for an unconventional read. 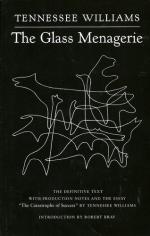 4. 'The Glass Menagerie' by Tennessee Williams

I remember it well: being forced to read The Glass Menagerie in high school. Almost everything about this play irritated me. Tom was a lazy man-child, Laura was embarrassingly weak, and the idea of a “memory play” seemed ridiculous to 15-year-old me. Amanda was the only halfway decent character, but when it came down to it, she seemed to be nothing more than a caricature. I thought masterpieces were supposed to be comprised of more than this! I cast it aside as another antiquated snooze-fest that I’d have to pretend to like for the rest of my literary life.

I didn’t look at the play again until college, when I found myself writing an essay that compared and contrasted Hedda Gabler with none other than Laura Wingfield. I forced myself to re-read the play I previously considered to be a waste of time, and found that it made my slightly older heart stop. Certain lines struck me so deeply and were so true. The following most resonated with me at the time:

But the wonderfullest trick of all was the coffin trick. We nailed him into a coffin and he got out of the coffin without removing one nail. . . . There is a trick that would come in handy for me—get me out of this two-by-four situation! . . . You know it don’t take much intelligence to get yourself into a nailed-up coffin, Laura. But who in hell ever got himself out of one without removing one nail?

You’re killing me, Tennessee! Clearly, I was way too young and dumb to appreciate the play in high school. I’ve seen it performed multiple times since, and now appreciate it for the masterpiece it is. 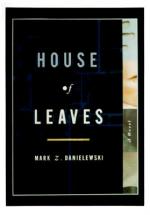 I had a different experience with House of Leaves than I did with the other books on this list. I hated it so much I couldn’t even get through the first fifty pages. I have never started and stopped a book so many times. There are multiple storylines that twist and turn and connect, and it gets very confusing before it starts to make sense. Flipping through the book, it’s easy to get intimidated. It’s comprised of a lot of footnotes, varying fonts, pages written in weird loops and squares, and a certain word that appears in blue again and again. It’s wild. I know a ton of people who felt the same way I did initially, and they never got past those first few pages. This is a mistake, folks! Eventually, I committed to the story and it sucked me in like few narratives have, and it also scared the crap out of me. I found myself looking over my shoulder as I read it. It’s absolutely in my top ten. Certain books aren’t just stories — they are experiences you carry with you. House of Leaves falls into this category. 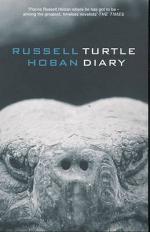 When Russell Hoban passed away in 2011, I realized I hadn’t read much of his work. I went into Turtle Diary with a lot of excitement and hopefulness, especially since the premise was so adorable: lonely forty-something’s William G and Neaera H find themselves on a mission to free the London Zoo’s turtles from captivity. They write entries in their separate diaries describing the events, but they come off as contrived and obvious at first read. William and Neaera’s ideas seem to magically overlap, connecting them in convenient ways. I found it all really cheesy. Every once in a while, a sentence really struck me, but I shrugged it off and continued to focus on the cheese, like the goon I am.

I later returned to the book, reread parts that had gripped me the first time, and appreciated it so much more. A novel I hastily labeled as cheesy was actually beautiful and quiet and real. Hoban didn’t have to shock me to move me, which is always impressive. I cherish this little novel. 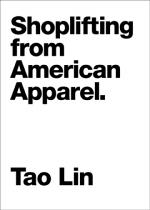 When I was living in Brooklyn, everyone had something to say about Tao Lin. Apparently, there is no in between with this guy; people either love him or they hate him. Instead of diving into his newer novel, Tai Pei, I decided to start with Shoplifting from American Apparel, a novella published in 2009.

Lin didn’t seem to be trying at all, not even a little! I followed the protagonist, Sam, through depressingly bland g-chats, failed shoplifting attempts, iced coffee runs, and underwhelming encounters, holding out for the moment when something remarkable would happen. Nothing ever did. When I finished, I felt a mixture of apathy and “Why was this even written?” I immediately gave it a two-star rating on Goodreads because I am a sucker and felt bad for giving it one star, though if it was possible, I would have given it zero stars, because it felt like nothing.

Shoplifting from American Apparel gets the number one spot on this list because it suctioned itself onto my brain for weeks, and it made me angry. I saw the minimally designed black and white cover in my mind’s eye, haunting me, making me realize that so much of life is made up of depressingly bland g-chats and underwhelming encounters. The larger moments are what we remember and what are so often written about, but Tao Lin came in and dropped our boring lives on us, reminding us of all that boring in-between. And really, I loved it.

Have you ever turned your book hatred into a literary love affair? Do tell!

Christina Re from the United States is reading something a friend wrote June 2, 2014 - 6:55am

This was a fun article to read, thanks Christine!

I just recommended House of Leaves to my friend this weekend. And, strangely, as I did it I found myself giving a few disclaimers. "Well it's hard to get into at first, and if you're looking for a book with finality, this will upset you."

It can be hard to ask someone to invest hours on a story just because it struck a chord with you (or random chunks of a few months in this case, it also took me a few re-attempts to finish). I do find that my close bookworm friends have given pretty spot-on advice, and have led me to books outside my comfort genres. And what you're saying makes sense when you think about it. Books are for certain audiences. Several of the 180s you list here directly link your personal experiences, the passing of time getting you to a different place in life. I find when I have recently experienced something that parallels a plotline, the story might reach inside me and grab hold. It's about being able to relate, and the relationships we build with the characters, the setting and the author.

I'm so glad you enjoyed the column! Our favorite books are often the ones that come to us at the "right" time.

The thing about recommending books is, if the person doesn't like it they can stop and put it down. If they end up loving it, though, then you've just given them a hugehugehuge gift. Totally worth the risk :)

Thanks a lot to this amazing game information. I have been never played skillful and mind twister card game but euchre online is a great platform to enjoy now am enjoying even without pay.

If you're looking to sell your house fast in Palm Beach County, we're here to help. Simply fill out the form below and one of our representatives will contact you right away to discuss your property options. We Buy Houses Palm Beach is a real estate company that buys homes in Florida. We buy houses in Florida and all over the country. We buy houses in any condition and any price range, including bank-owned properties (REOs), short sales, HUD homes and even fixer-uppers.