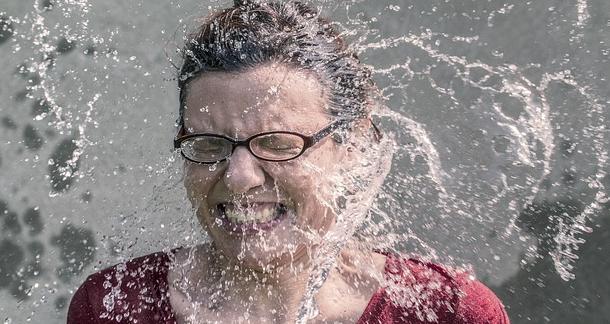 We're on the threshold of spring, and it's time for some cleaning. March is a good time to sit down with all the clutter that accumulated over winter and sort out garbage from what's worth keeping. That can include physical mess in a work space or a series of .doc files that haven't been opened since 2004.

1. Don't Worry About What You Don't Use

Look at everything on your desk. Have you actually picked up that hole punch in the last six months? What about that clipboard or those knitting supplies in the corner that you swear you're going to learn to use someday (but no, not really, probably never)? It's the easiest thing you can do to create a more accessible writing space. If there's clutter where you work, get a trash bag. If you can't recall the last time you used something, chances are fairly good that you won't miss it.

Reevaluating the core of what motivates you can help prioritize what you want from the future.

2. Put Everything In Its Place

There's also a different kind of clutter that is a bit more difficult to sort through. Research, notes, links to publications, and editorial correspondences, for instance. Far less tangible, these things don't usually take up much physical space. On the other hand, they aren't too helpful when scattered to the four corners of the universe. Don't put anything in a “safe” place—put it in an obvious place. By obvious, I mean get big labels and write on them with a large, black marker. Those documents are completely useless if you can't find them when the need arises.

Tax season is a joyful reminder of our professional failings, but it's also a chance to investigate individual pain points. How long do you spend on every story and exactly what does that equal out to per hour? Are you working harder on pitches and emails than the content they're meant to sell? Consider whether there are any areas where you could improve efficiency by pinpointing the aspects of your writing that absorb the most time. Set hard time limits for the projects where you struggle the most, if necessary.

If you can afford it, drop a few of your less lucrative clients or projects. You probably have one in mind right now, without even having to think about it. Signs that might help your decision include:

a) They commission a short piece that slowly creeps into multiple thousands of words after various edits.
b) Your emails requesting clarification on assignments fall into an endless void, or your point of contact doesn't seem to know what he/she actually wants from you.
c) They try to reimburse you in company swag instead of real money. Embroidered baseball caps don't pay the electric bill, unfortunately.

Sometimes you won't know a gig is bad until you've invested significant time and effort into corresponding with a potential client, which is why the previous tip is so important. Try to limit the time spent selling your writing until you know you have a legitimate buyer on the other end.

Along a similar vein, it can be particularly difficult to remain organized as a writer—it's a job that requires little more than the ideas in your mind and a method for communicating them. Do you have scheduled time for writing? If so, is it at a time when you're at your most productive? For many of us who have second or third jobs besides scribbling madness for the consumption of strangers, there aren't many open hours in the day available for literary pursuits. Still, if you have a few spare moments early in the morning, at lunch, and again at night, try switching them around. Personally, I put my pen down at 8 p.m. because I know nothing good will come from trying to push myself past that point. I'll happily sacrifice a few minutes of sleep in the morning since I know they'll be put to better use.

This sounds like it has the potential to veer off into the realm of pseudo spirituality, but it's honestly just practical. If you're someone who likes to do rather than plan, the words “longterm goals” are probably not favorites. But it pays off to take a good hard look at why you're writing every now and again. No reason is better or worse than another, but reevaluating the core of what motivates you can help prioritize what you want from the future.

Do you have any tips for dusting the winter cobwebs off? Let us know in the comments.

9 Questions Writers Hate to be Asked

9 Questions Writers Love to be Asked