How to React When Someone Says They Don’t Read 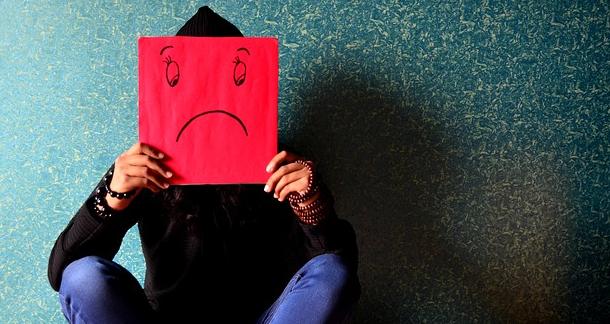 A man approached me once as I was stocking bookshelves in a store and said smugly, "I've read two books in my entire life. What do you think of that?" He then pointed to a copy of Fifty Shades of Grey and remarked that he couldn't see why people wasted their money on such garbage.

I believe he was trying to impress upon me how successful life (his life, specifically) could be without all sorts of pesky reading, and that my customers were wasting their hard-earned dollars on frivolities. I also think he was expecting a bit more of a reaction from me, but I didn't offer much other than a weak smile and nod at the time, repulsed and eager to finish my work. About a year has passed since then, and I feel ready to return to the man's question: what do I think?

First of all, I don't think he's alone. A 2013 questionnaire showed that 28 percent of adults polled had not read a single book in the past year. No one is born with a natural aversion to reading, but a combination of factors can dissuade people from it at an early age. Students might develop a dislike of reading if they're afraid of being told their opinion on a book is "wrong," or if they're regularly singled out and put into a group of "slow" readers. Like Pavlov's dog, we're wired to reject experiences that cause us pain or humiliation, even as years pass and the exact event that caused the discomfort is forgotten. I'll never know for sure, but the bravado of the man I met could very well have been a cover for something that was a longtime source of insecurity.

Fiction in particular also has a reputation for being impractical. All English majors experience an eye roll or two at some point, accompanied by the inevitable ironic inquiry about how the Starbucks job is going. It's an attitude that extends into the recreational purchase of novels as well, as the immediate benefits of consuming fiction are not as obvious as picking up a non-fiction title and learning a language or business skills. I once overheard this conversation between a married couple in a (Boston) restaurant: "She gave me a Bahnes and Noble gift cahd. What the hell am I supposed to do with that?" The woman's husband muttered something about buying cookbooks with it, because at least cookbooks have a use.

As I cried into my entrée, I thought to inform this couple that every dollar invested in the improvement of adult literacy yields $7.14 in return. Completely tossing aside the cultural value of books, low literacy rates cost U.S. employers $80 billion every year in lost worker productivity. Reading also has physical benefits, such as reduced stress and blood pressure. It's one way to stave off Alzheimer's disease, a debilitating health epidemic that has no known cure. Suddenly, the decline of the English major starts to seem rather unfortunate.

So, how can book lovers entice non-readers into the light? If I ever meet that man who thought reading was a waste again, I know what I'd d—I would tell him a story. I'd tell him everything I just wrote here, as well as my favorite parts of Lord of the Rings, The Shadow of the Wind, and The Master and Margarita. I'd ask his favorite movies and try to make recommendations from there, because the only way to convince someone to do what they perceive as an unpleasant task is to make them see the value in it for them. I'm certain there will be more people in the future who tell me, "I don't read." But next time, I won't say, "You're wrong. This is what you're losing out on." Instead, I'll try my best to let them know that they have entire worlds to gain.

Have you ever had someone proudly tell you they don't read? How did you respond? Would you respond differently in the future?

8 Literary Charities That Need Your Help

50 Signs You’re In Love With A Writer

I had a guy I used to work with, who didn't consider reading for enjoyment an actual, real thing.

He asked me once if you were supposed to close your eyes and imagine whatever you read as happening. Like, he couldn't understand the physical mechanics of reading a story.

Anyways, I don't think it's anything to get too depressed about. If it's only at 28% of people who don't read, you're still bound to run into over 7 out of 10 people who do.

Dino Parenti from Los Angeles is reading Everything He Gets His Hands On October 4, 2014 - 7:46am

I have zero respect for anyone who brags about not reading. Most of the people I know who don't read also don't take pride in it. Many of them express a lack of time as the main culprit, and though I've tried to argue the merits of carving out a little chunk of time weekly (not even daily) for reading, they still waver, as if even the thought of tackling a book "at this point" (as one of them has said) may make them feel behind or inferior in some way. I made me sad to think they don't read because the joy of it didn't "take" a younger age.

And by the way, if that first guy you mentioned was so reading-averse, what was he doing in a bookstore?

It wasn't that I didn't read, I primarily read graphic novels and manga from Japan. Which bare in mind were significantly different in tone from that Comics Code Authority American Comics, which would eventually become defunct.

I always had more of a draw torward anime and manga rather than American entertainment of any real sort. It wasn't until like Neuromancer I started reading any American of any sort. Now obviously I regret that a little bit, as I would later find out it's not kids books that are the problem. It's Walt Disney sugar coating everything from Norma Conquest to the French Revolution.

Now he may not have read, but some of us read graphic novels.

I take it personally when people say they don't read, or find reading "boring" or a "waste of time". I've broken up with guys because they confessed to either not reading or hating to read. My entire life revolves around reading and writing. Another thing that pisses me off is when my students complain about having to read or write, to which I reply: "This is English class. What else would we be doing in here?" A large number of my students don't read for pleasure, but I've found that a decent number are reading compared to a few years ago. John Green and Veronica Roth have made it cool in their eyes with The Fault in Our Stars and Divergent. I hope it leads them to a life long love affair with books.

When I didn't have books, I had cereal boxes.

Christina Re from the United States is reading something a friend wrote October 6, 2014 - 9:26am

Great article Leah! I think a lot of us have had similar experiences with people who don't/won't read.

My job requires my coworkers to read reports and analysis every day. I have gotten the "I don't have time" reply often, just like you, Dino. I spend so many hours editing and revising work for people who are supposed to be capable writers.

I think fiction novels have a few additional practical applications not mentioned in this article. To start- it is worth mentioning to naysayers that reading is a constant lesson in grammar. Even if someone doesn't like fiction, he should still read. A great way to get a person who doesn't value imagination to read may be to start with non-fiction, or fiction based on true events.

Reading allows people to analyze human actions and possible life scenarios in an objective setting. To be a backseat driver or armchair quarterback in the least annoying way. To judge the actions of others as good or bad. Years of reading makes deciding what should be done in a tough situation much easier. Reading fiction helps people feel comfortable asking "what if this were different?" and "why not do it another way?".

Create an open environment and tell people about your love of reading. You'll inspire some and annoy others, but that's life.

It amuses me how many typos exist in this article.  There's nothing wrong at all with not reading.  People have different interests and that's a good thing.  Overzealous readers need to accept the fact that not everyone is interested in books and it doesn't define a person or their intelligence.  For me personally, Im more of a visual person and I have a short attention span.  Maybe if more authors put out interesting works I'd be able to get past the first few chapters, but until then I'll happily stay in the one book a year club.

I respect your opinion, Kimberly, but I really wish you'd directly pointed out a few of the typos that amused you.