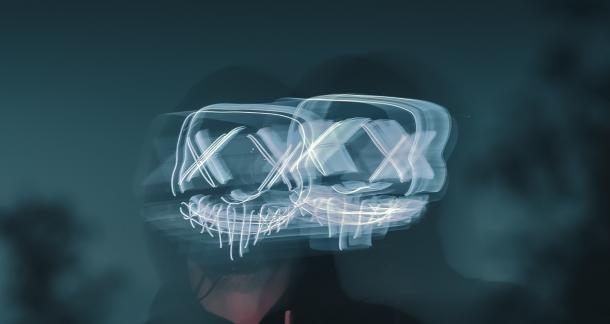 Because we make good movie decisions, my girlfriend and I watched The Boy.

Weeks after watching it, I was asking my girlfriend about The Boy because I’m STILL trying to figure it out. And she says, “You know, you should probably just decide what happened so you can stop thinking about it.”

I am relationship-savvy enough to know that this means, “I do not want to hear any more theories about The goddamn Boy.” But she was right. I needed to kill that process. The brainpower wasted on The Boy should be wasted on something else.

For the record, I’ve decided how The Boy works. Ask me if you’re interested.

When you write, you have ideas. Lots of these ideas never go anywhere. But they can still drag down your brain speed. They still use up small amounts of resources until you're willing to let some of them go.

Let’s see if we can’t close some of those tabs, push the energy towards something else. 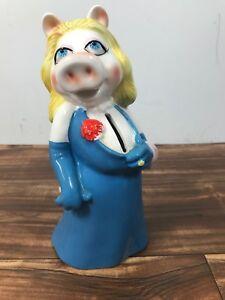 You can get some sweet banks out there. Or a cookie jar. I always thought a cool ceramic cookie jar would be like the ultimate “I am an adult” thing to have in the kitchen. Which is weird because it’s a Spider-Man full of Oreos. Maybe because I feel like only an adult can eat an amount of cookies less than “all of the.”

As soon as you have the idea, write it down on a small notepad, then deposit it into your bank. You can even get this Miss Piggy bank. Apparently someone thought it was a good idea to deposit cash in Miss Piggy’s cleavage?

Purge the idea from your mind, stuff it away, and forget about it. The bonus of a bank is that it's hard to retrieve a sheet of folded paper.

A weakness of something like a spreadsheet or a notebook is that you can’t see the scope of things. You can’t see how different ideas relate.

Instead of throwing your ideas in a spreadsheet or a notebook or a digital file, give your ideas a layout as a map. Write on an actual map. Make one of those corkboards with the red string that doesn’t seem to help much when someone’s catching a murderer on TV.

Write each idea in a notebook or on a post-it, and draw a very small image to go along with it. Just a 30-second sketch of a character, event, whatever. It doesn’t have to be museum-worthy, just draw something to connect to the idea. Apply a sketch, exorcise the idea in a sketch as well as text, and you’re good.

Attach each idea to a small figurine. Then you’ll have something tied to the memory. A bucket of army men is great for this. Or stones. Or legos. I'm partial to these skeleton warriors. 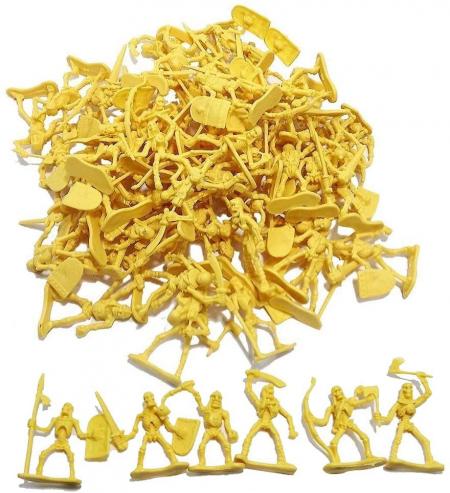 You won’t get to most of your ideas. I hate to break it to you, but you’re mortal, and there is more Better Call Saul coming, and it’s not all going to happen.

A common method for purging “stuff” is to throw it in a box, seal it, and if you don’t open it in a year, you toss it out without looking inside the box.

Seal up your ideas. If you don’t go back to them in a year, they can go.

This idea is popularized in Sherlock, but it’s a very old idea. Set up a physical space in your mind. A house. Start with just a blank front room. When you have an idea, you add something onto your house. So you have an idea, you build a hallway to represent that idea, and each time you walk down that hallway, the idea that prompted the construction of that hallway comes to mind.

You can do this in a less classy but more linear way if you think about the haunted house ride from the county fair. Get in a roller coaster, get on a track, and what’s the first setup? A dracula thing? And what’s that associated with?

Maybe your idea doesn’t have much flesh. Just write a quick flash fiction on it. No more than a couple sentences. This’ll help you decide if it’s going anywhere, and it’ll get your mind churning on it. Instead of a thing to remember, the concept is there, and now it’s a problem to solve.

And hey, maybe it sucks. This is a quick way to figure it out.

Set up a large sheet with 100 boxes. That’s how many ideas you’re allowed to keep at once. Write ‘em down, one per each tiny square. Once the sheet is full, if you want to add a new idea, an old one’s got to go.

This way you limit the number of ideas you’ve got going at once.

I'm afflicted with what I like to call "busy brain." When there's a lot in there, it feels like the brain is always working on something. But the brain is more busy than it is productive. These are just a few of the things I've tried to get it all sorted out. What have you got for me?

Buy Robert the Doll by David L. Sloan at Bookshop or Amazon

Buy The Haunted Doll's House and Other Stories by M.R. James at Bookshop or Amazon

10 Tips for Organizing Your Shit

It requires a little bit of physical storage, but I use double sided 4'X2' sheets of 1/4" white melamine board from HomeDepot/Lowes etc.  Basically a double sided whiteboard, but at 1/3 the cost.  I think I was getting them for about $4 or $5 a double sided sheet.  It takes just a bit more elbow grease /windex to wipe them clean than a whiteboard does, but that makes it a little harder to accidently erase.

I spend a week filling each side with a story each, .....notes, outlines, titles, scenes, names, quotes.. ,,every possible thing i can think of that's been rattling around inside my head associated with that story.  When I fill up 5 or 6 of these, I stack them up, tape them together so they don't slide too easily and erase, then stash in the garage or under the bed for a year or two.  A dozen stories I don't have to carry around in my head anymore.

If I'm ever in need of a story idea, I pull out the stack, jot down any keepers that I still feel like writing and wipe the rest clean, mind free. Space cleared.

Community Manager
helpfulsnowman from Colorado is reading But What If We're Wrong? by Chuck Klosterman July 29, 2020 - 9:55am